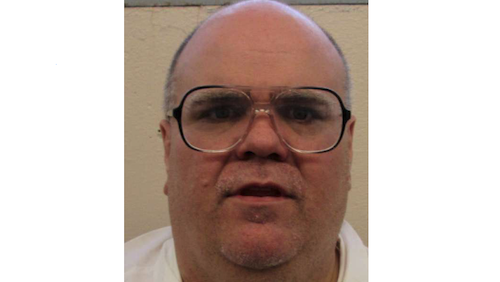 Alan Eugene Miller will be executed Thursday, Sept. 22 for three murders carried out in 1999. (Contributed)

PELHAM – Alan Eugene Miller, 57, will be executed on Thursday, Sept. 22 at William C. Holman Correctional Facility in Escambia County for the three murders carried out in Pelham in 1999.

On Aug. 5, 1999, Miller murdered three individuals in the span of thirteen minutes. Lee Holdbrooks, 32, and Christopher Yancy, 28, were both shot to death at Furguson Enterprises by Miller who had been fired eight months prior.

Miller then exited the facility and went to Post AirGas where he shot and murdered Terry Jarvis, 39, before fleeing down I-65.

According to the Alabama Department of Corrections, Miller was sentenced on Monday, July 31, 2000 with consecutive murder charges.

The Shelby County district attorney described this series of murders as “very calculated,” and said that case was one that demanded the death penalty according to a former Shelby County Reporter article written in 2009.

Miller has been on death row since 2000 and will be executed 22 years later. Miller has campaigned for a “less invasive” execution, asking for death by nitrous oxide as opposed to lethal injection.

The state is not currently setting dates for executions via nitrous oxide due to the method not being properly tested, but it is “very likely” it will be available in the future according to Deputy State Attorney General James Houts.

For this execution, however, the state decided on Thursday that it was not ready to carry out nitrous oxide execution.

More information on the sentencing and trials can be found at Doc.state.al.us.