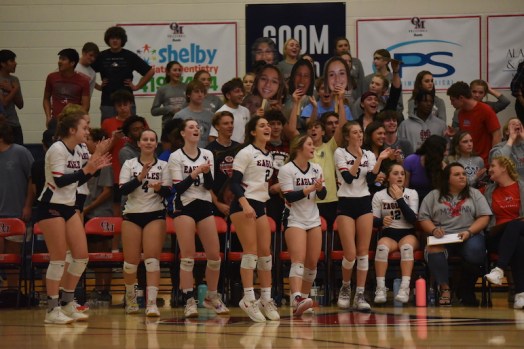 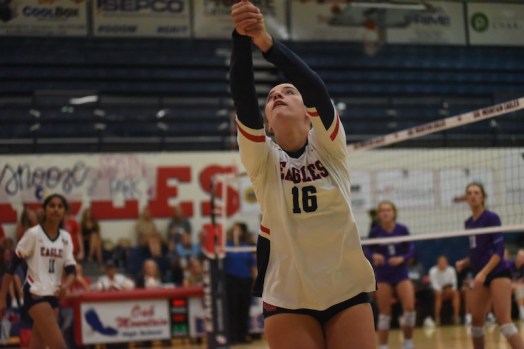 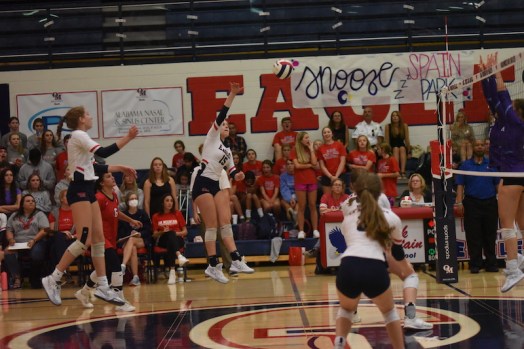 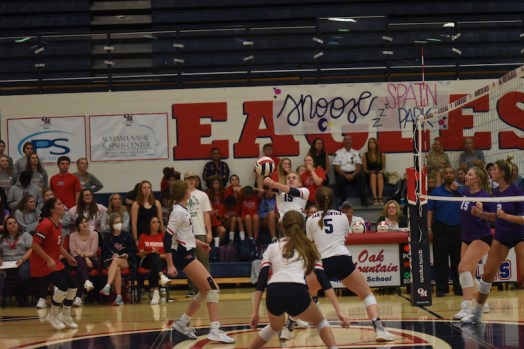 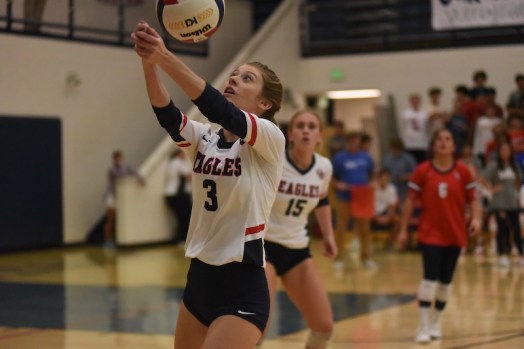 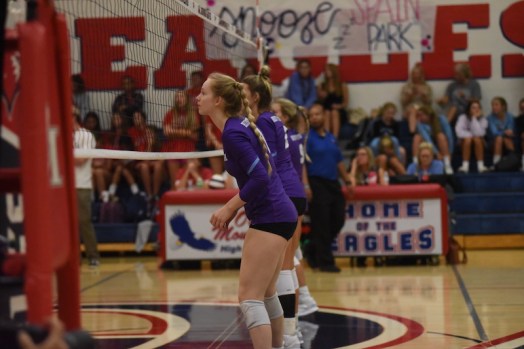 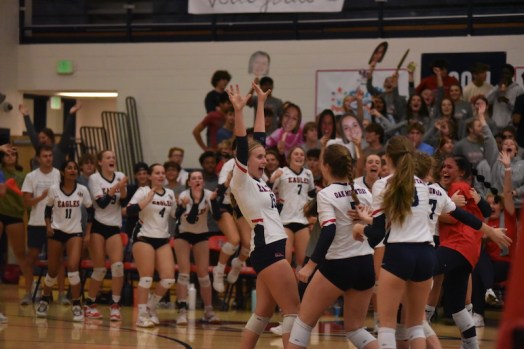 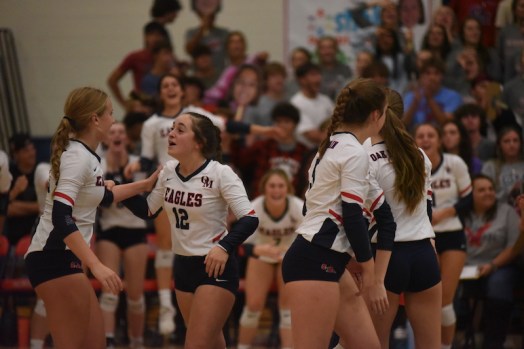 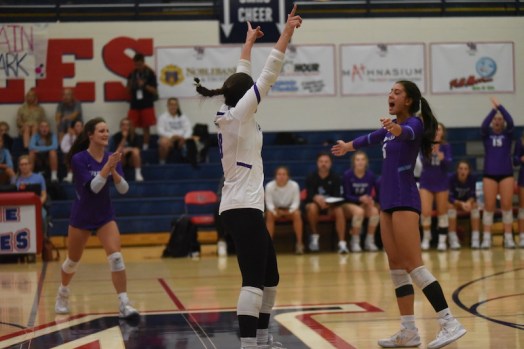 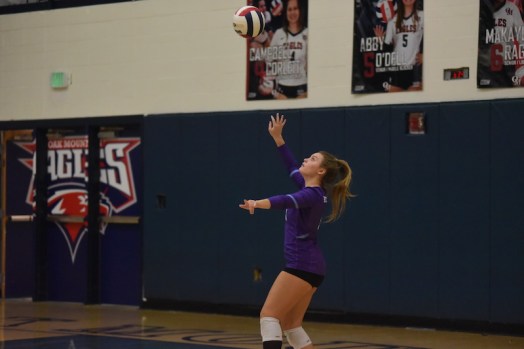 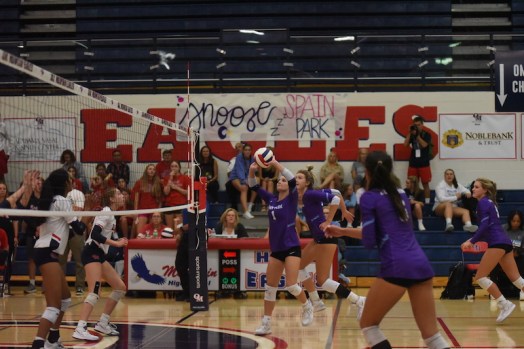 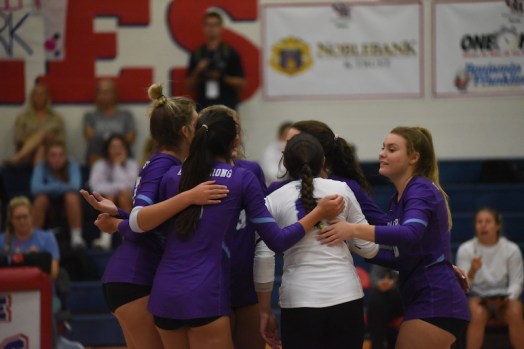 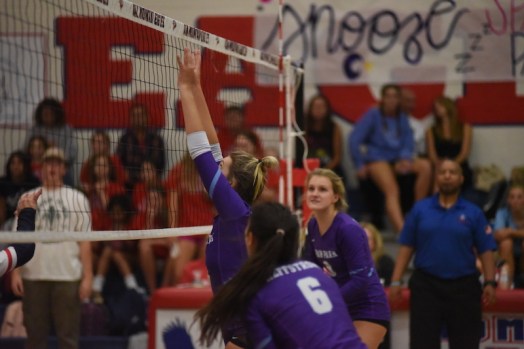 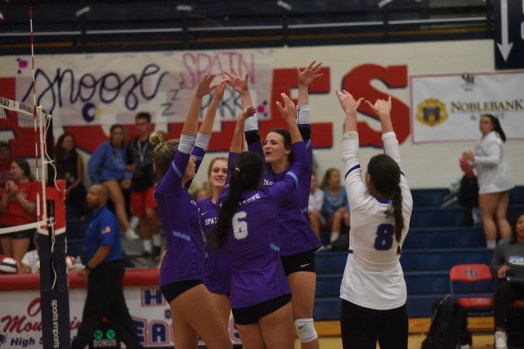 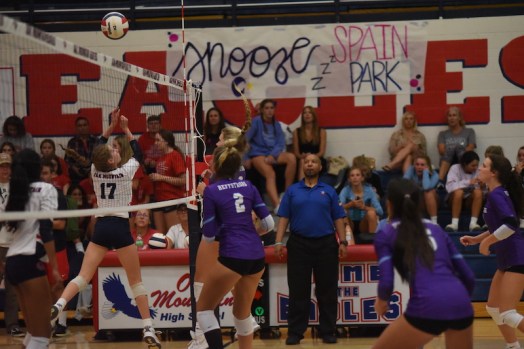 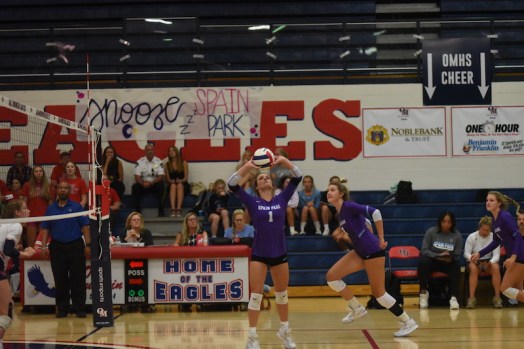 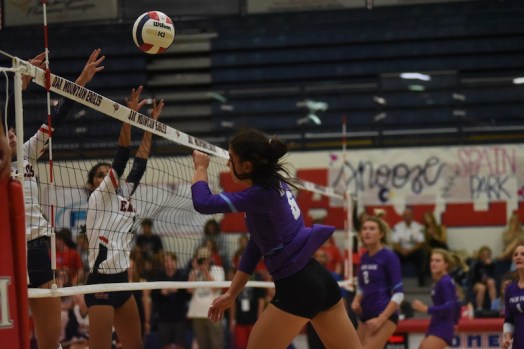 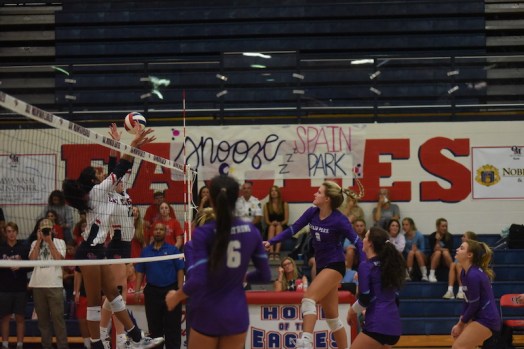 Despite Oak Mountain’s best efforts and making major comebacks in the first and second set, the Eagles fell short to the Jaguars in each of the three sets. Spain Park beat the Eagles 25-20, 25-20 and 25-19

“Tonight we made some gritty plays,” Spain Park head coach Kellye Bowen said about Spain Park’s match Tuesday evening. “I felt like we’re becoming more of a team rather than an individual skill base. We had some really good defensive plays. I felt like that was a turning point for us tonight.”

Spain Park’s Emily Breazeale totaled 16 kills and 11 digs in the match against the Eagles, while Megan Ingersoll followed Breazeale with 12 kills.

Brooklyn Allison led the Jaguars with 14 digs and had two aces. Haley Thompson had six digs and 16 assists.

Lilly Johnson had the highest number of assists for Spain Park with 19, while Reagan Gilbert added seven.

“I think we have to work on our offensive systems a little bit more and get more fluid,” Oak Mountain head coach Grace Burgess said about the Eagle’s performance. “I’m really proud of how they picked up the serving at the end of the match and being more consistent with our offensive system.”