Evangel improves to 5-0 with another dominant effort against Freedom 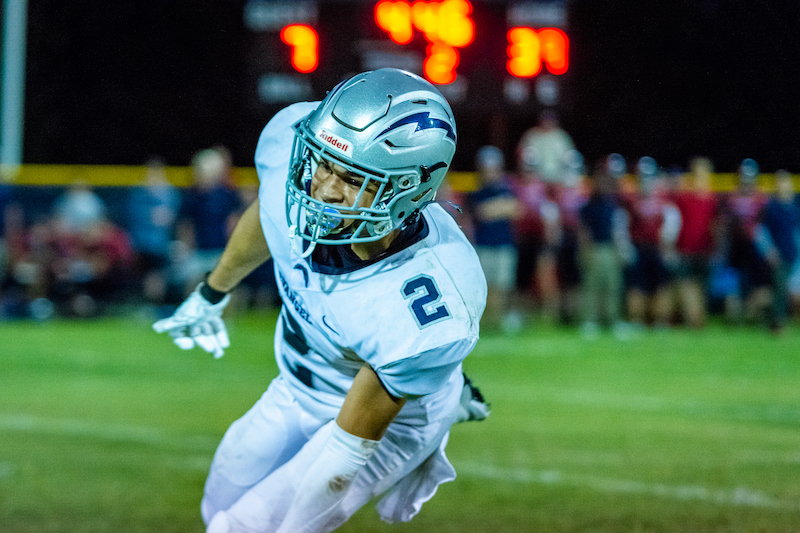 The Evangel Lightning are now 5-0 on the season after a 59-14 victory against Freedom Academy on Sept. 16. (File)

“It was a good win for us tonight. I really was not expecting what we saw. We were expecting a dog fight and prepared for one, but our kids came out and played their tails off. We had one of the best crowds we’ve had since I’ve been there, and our players fed off that,” said Tim Smith, ECS head coach. “They have a good football team, we just played really well tonight.

The Lighting jumped out to a 14-0 lead after a 23-yard touchdown pass from Eli Whitfield to Jackson Tuell, and a 21-yard pick six by Hayden Black, the fourth pick six of the year for ECS. Evangel’s 36-quarter shutout streak came to an end when Freedom scored on a 30-yard run and made the 2-point try to cut the lead to 14-8. However, ECS answered with touchdown runs of 5 and 30 yards by Hunter Atikins, who finished the game with 131 yards on 17 carries. Leading 27-8, Will Welch quarterbacked late in the second quarter and found Judah Thompson for a 64-yard touchdown pass to send ECS into the half with a 33-8 lead. Combined, Whitfield and Welch were 2-of-7 passing for 87 yards and two touchdowns.

Colton Dorough opened the second half with touchdown runs of 8 and 10 yards, while Tyler scored from 55 yards out to extend the Lightning lead to 53-8. Wilson had 76 yards on six carries.

Freedom ended its scoring drought with a 10-yard touchdown pass late in the third quarter. ECS tacked on a 1-yard touchdown run in the fourth quarter by third-string quarterback Clay Stanton.

Black led the defense with 10 tackles and two interceptions. Zion Thompson, Cole Romano and Zane Barlow each had five tackles.