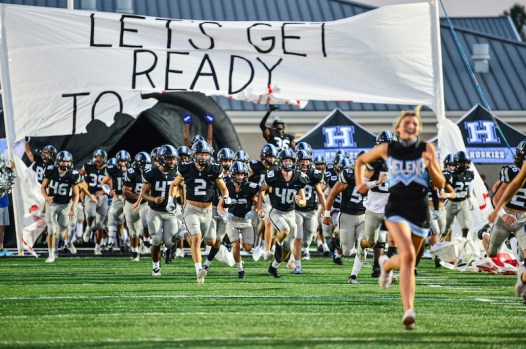 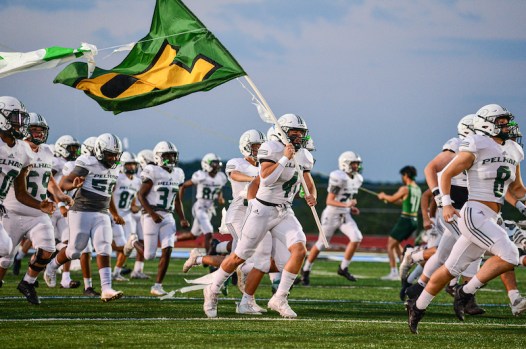 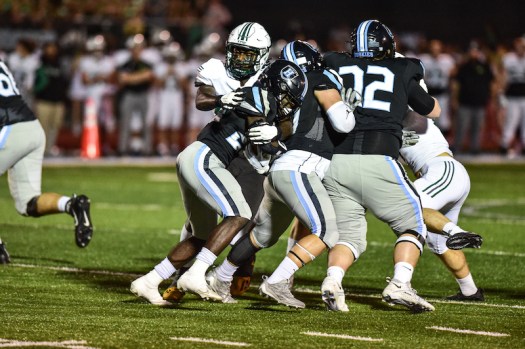 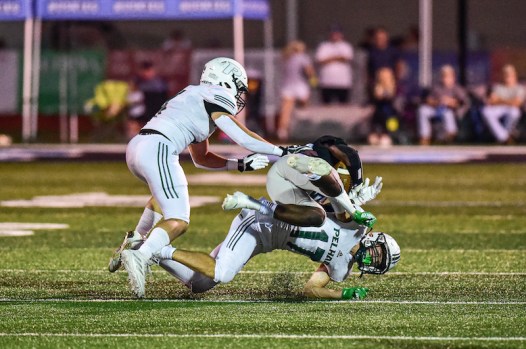 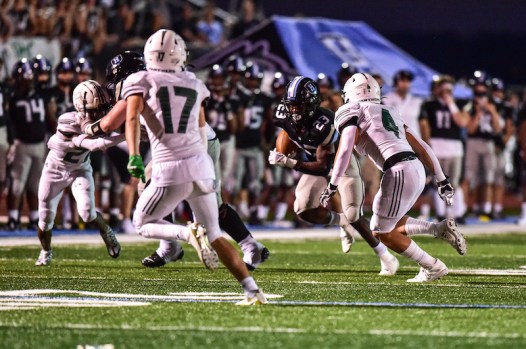 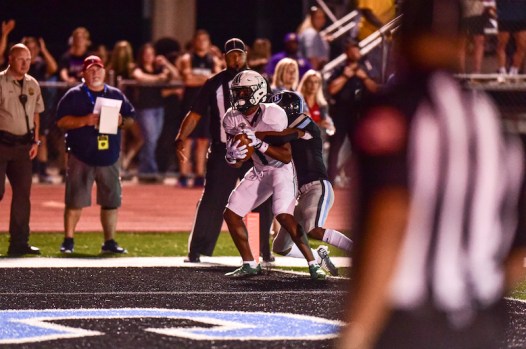 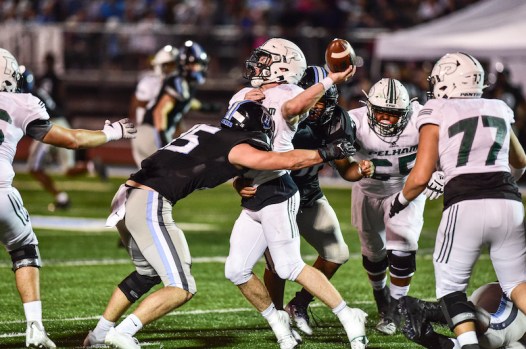 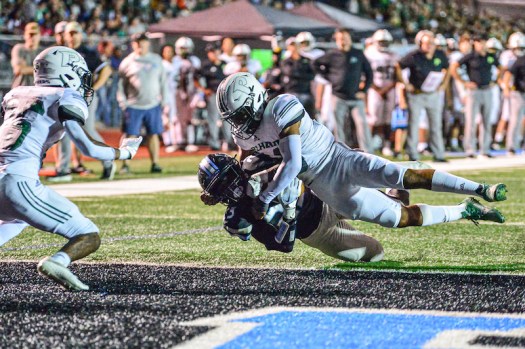 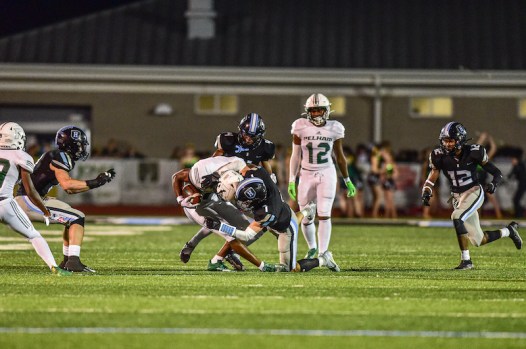 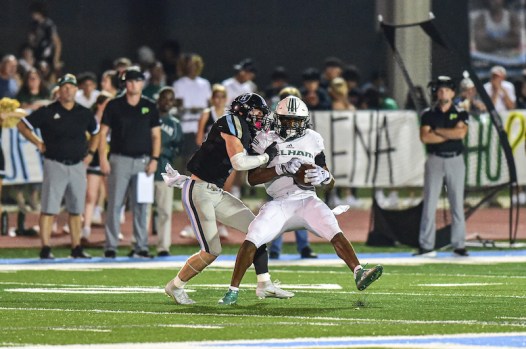 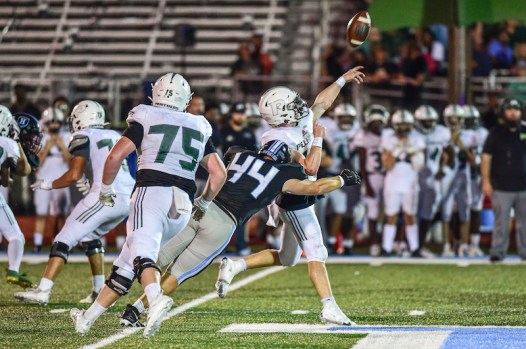 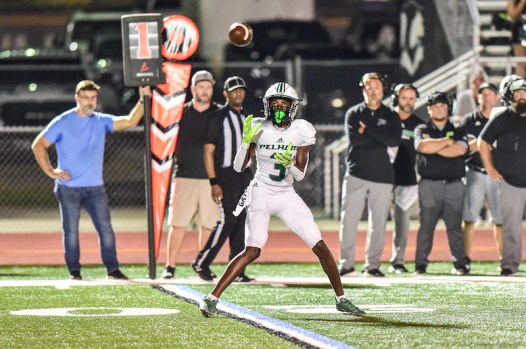 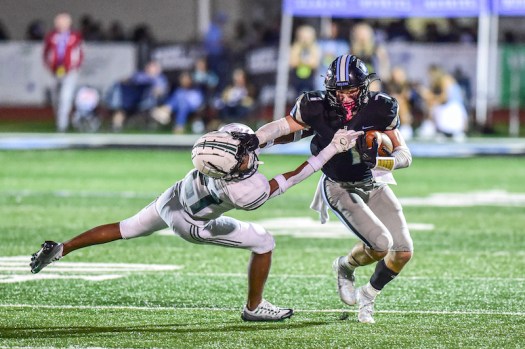 Helena picked up a thrilling 31-24 overtime win against Pelham on Friday, Sept. 16, to improve to 4-1 overall this season and 2-1 in region play. (For the Reporter/Jeremy Raines) 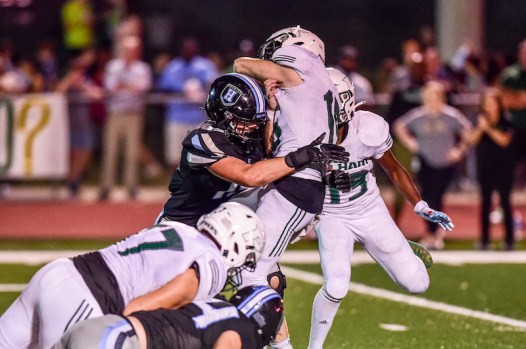 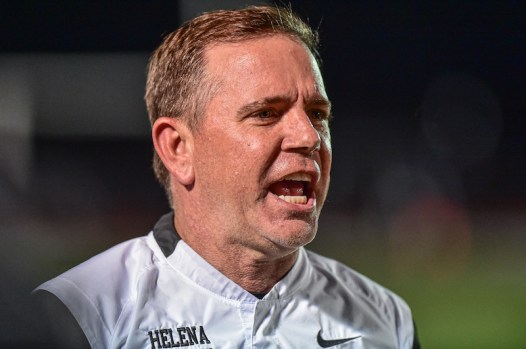 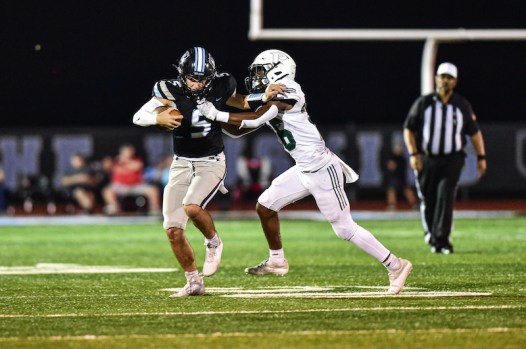 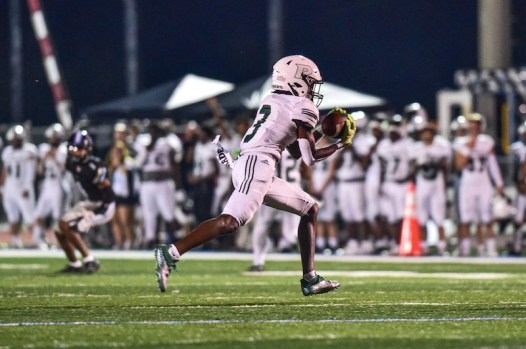 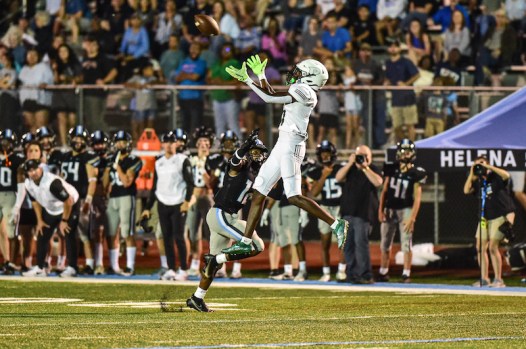 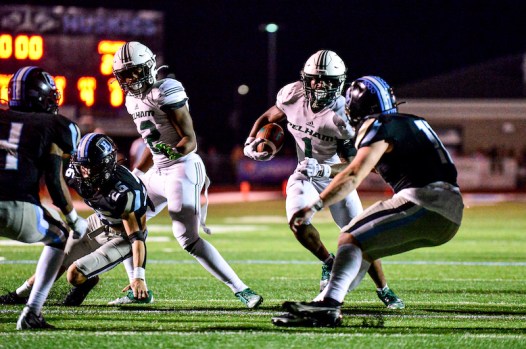 HELENA – The saying goes that rivals know each other better than anyone else does, and that held true for the Helena Huskies and Pelham Panthers on Friday night, Sept. 16 in a thrilling overtime game.

The teams went blow-for-blow all night and it took overtime to separate the sides, with Helena closing out the 31-24 win at home.

“We told them all week the game would be very emotional,” Helena head coach Richie Busby said after the game. “It always is, the game’s up and down, you know, highs and lows, and they were able to stay the course.”

After an early touchdown run by Pelham quarterback Clayton Mains, Helena responded with a 42-yard field goal to close out the first quarter.

The second quarter saw more scoring action, as Pelham opened the quarter with a tightrope catch from Darius Copeland to extend the lead, but the Huskies cut the deficit back to 14-10 with a touchdown from tailback AJ Horstead.

The Panthers then suffered a chop block penalty that killed the ensuing drive, but it got worse as the snap went over the Pelham punter’s head and was covered on the 1-yard line. Helena punched it in on the next play to take its first lead of the night at 17-14.

That became the halftime lead after Kevin Pinkard got an interception for the Huskies on Pelham’s next drive.

A quiet third quarter came and went scoreless on an otherwise action-packed night.

On Pelham’s first drive of the fourth quarter, however, the action picked back up when Copeland came up big twice—first with a 49-yard catch from Mains, followed by a 20-yard touchdown.

With the Panthers now leading 21-17, they committed a face mask and horse collar penalties on back-to-back plays.

Helena used the extra 30 yards to hit Torrey Ward with the touchdown from Dalton Llewellyn and take the lead.

However, the Huskies suffered a reversal of fate as they committed both face mask and horse collar penalties during the ensuing Pelham drive.

On third down inside the red zone, Pinkard dropped what would have been the game-sealing pick.

The Panthers had to settle for a game-tying 30-yard field goal, which sent the game into overtime for the second straight week for Helena.

After Pelham won the toss and chose to defend, Helena converted on third down of its first OT drive with a pass from Dalton Lewellyn to Hunter Hale that gave the Huskies a 31-24 lead. That became the first of two big catches for Hale in a matter of minutes during overtime.

On the ensuing Panthers’ drive, Pelham got the ball to the 1-yard line, but had an assisting-the-runner penalty, a false start and a sack in quick succession.

Faced with fourth down on the 22, Mains sent a ball into coverage in the end zone hoping for a score, but it was picked off by Hale to cement the rivalry win for the Huskies.

Horstead lead Helena’s offense with 190 yards and two touchdowns on 33 carries. A week after his productive game against Chilton County, Hale finished with 40 yards and the game-winning touchdown and pick.

After the game, Busby was proud of everyone for stepping up and making plays as they dealt with injuries, and credited their collective mindset that had been forged in many close games.

“I mean, well, I think our mindset is always we’re in it,” Busby said. “Our kids know how to finish, they know how to close a game out late in the game. I don’t think they get too wound up, they’ve done it a ton since I’ve gotten here.”

For the Panthers, the theme of close games all season continued as the seven-point loss was the largest losing margin of their 1-3 start.

The Panthers were led by Mains at quarterback with 270 passing yards, while Copeland had another big game with 149 yards and two more touchdowns.

As for the Huskies, it’s another big rivalry win to give the community something to be celebrate heading into homecoming next week against Jackson-Olin.

“You know, just overall to have a rivalry win like this at home for our seniors, you know, last time they’ll ever play those guys, they get to hold that card the rest of their life when they see them around town,” Busby said.