Montevallo loses by 1 in defensive battle with West Blocton 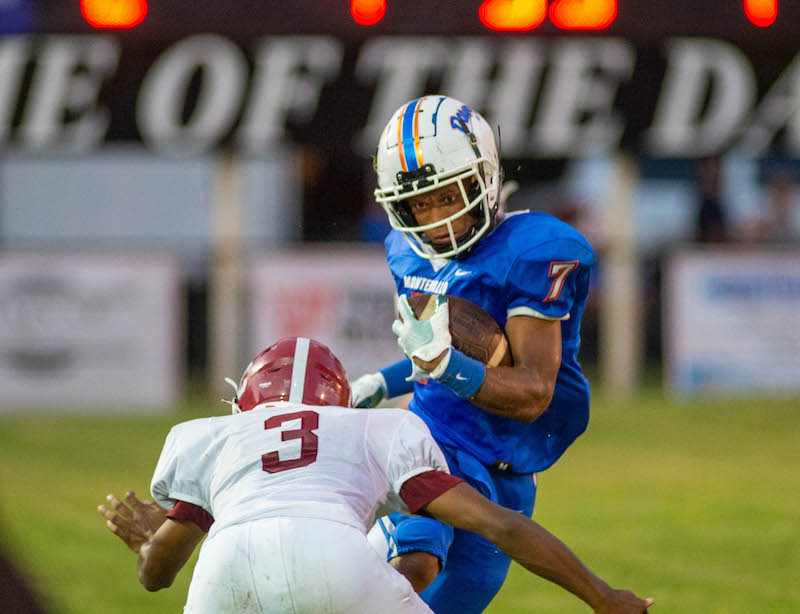 Montevallo fell by one point to West Blocton on Friday night. The Bulldogs scored in the final five minutes and went for two, but they ultimately didn’t convert, leading to a 7-6 loss. (File)

WEST BLOCTON – For the third-straight year, Montevallo and West Blocton came down to a single point, only this time the Bulldogs came up short. Montevallo traveled to the West Blocton Tigers on Sept. 16 and nearly came away with a win, but a failed 2-point conversion with less than five minutes to play tilted the one-point win to West Blocton, 7-6.

“I was really proud of our defense tonight … We expected a low-scoring, physical, tough game. Each game has been decided by one point, which is unheard of. It was too evenly matched teams,” said Blake Boren, Montevallo’s head coach. “Our region is a tough physical region and West Blocton, We’re excited about the second half of our year coming up.”

After a scoreless first quarter, Carson Deerman scored on a 22-yard reception to give West Blocton a 7-0 lead with 1:01 left in the first half.

Montevallo did not find the end zone until the final minutes of the game. With 4:46 remaining, Braxton Rogers connected on a 22-yard touchdown pass to Jaydien Rutledge to make it 7-6. The two-point pass play was unsuccessful. After a defensive stop, Montevallo got the ball back for the final drive, but ran out of time, advancing across midfield before the final whistle.

King threw for 105 yards on 9-of-19 passing, one touchdown and one interception. Rutledge caught five passes for 64 yards to lead Montevallo, while Javon Rogers had 33 receiving yards and an interception on defense.

Charlie Adams led the defense with nine tackles, including four tackles for a loss, and a blocked field goal. Spencer Adams had four stops and a fumble recovery.