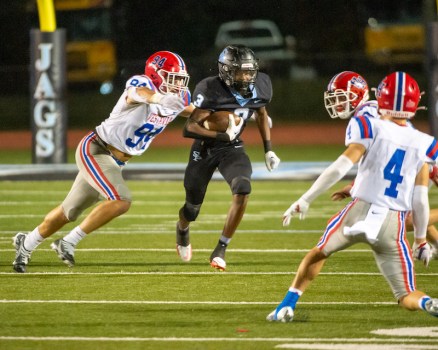 Spain Park struggled to find an offensive rhythm on Friday, Sept. 16, in a difficult 36-7 loss to region opponent Vestavia Hills. (For the Reporter/Larry Dancy) 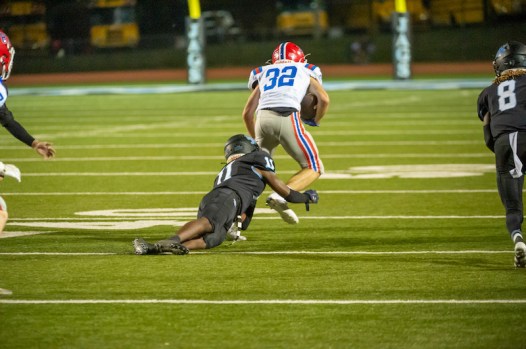 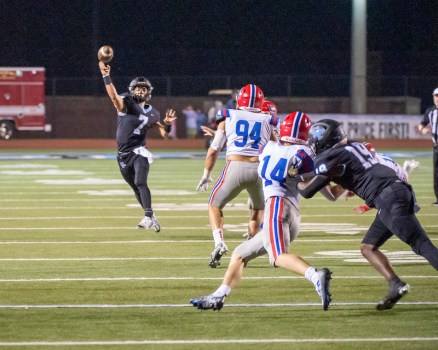 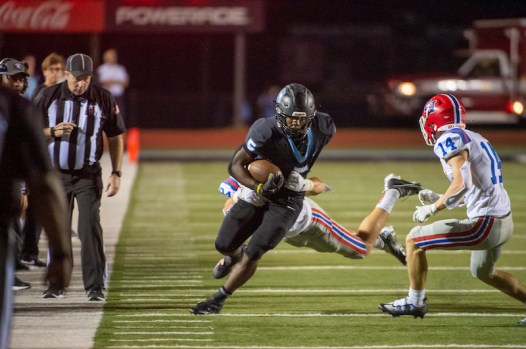 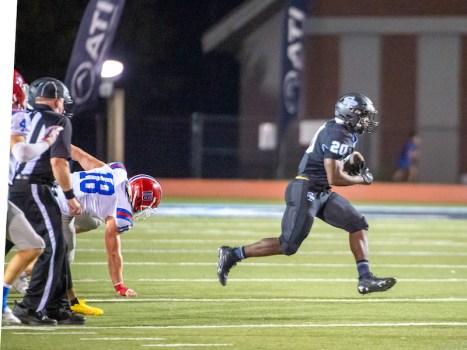 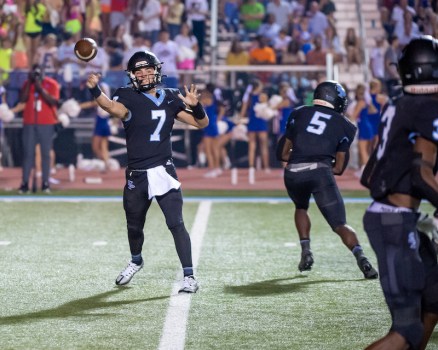 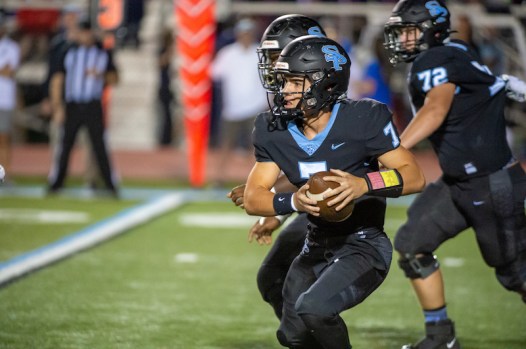 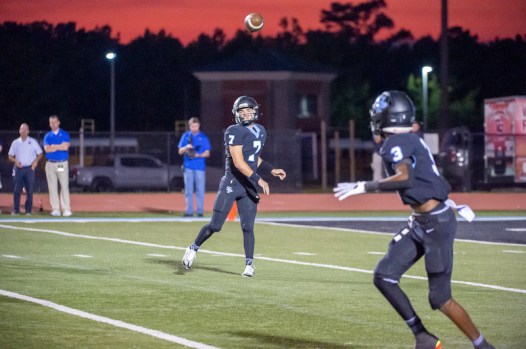 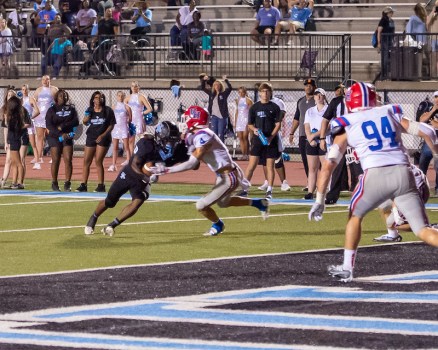 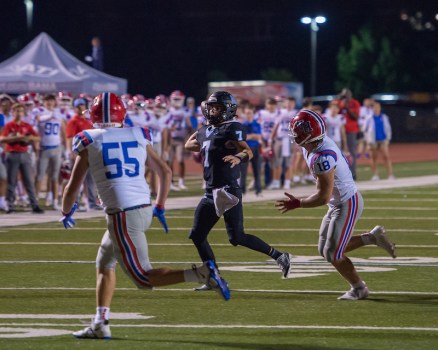 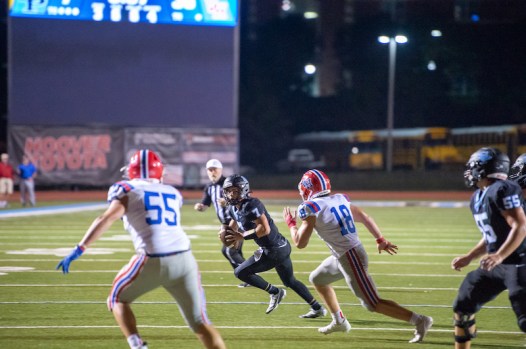 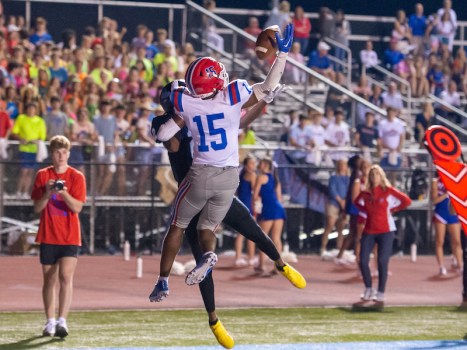 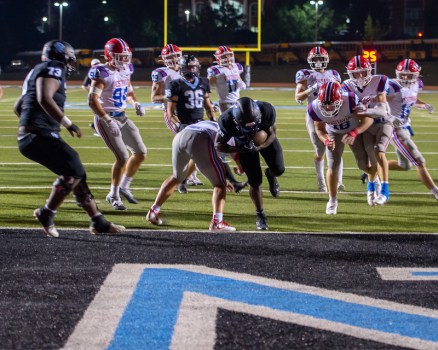 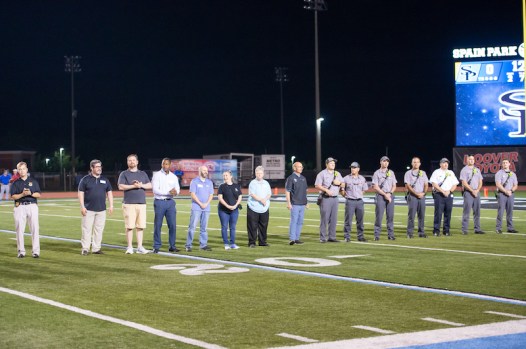 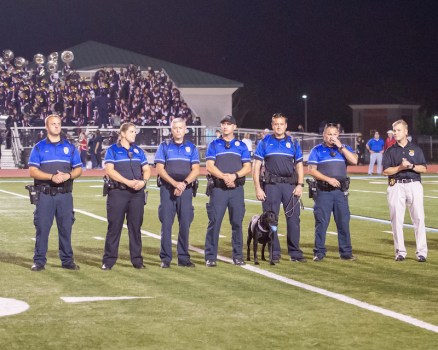 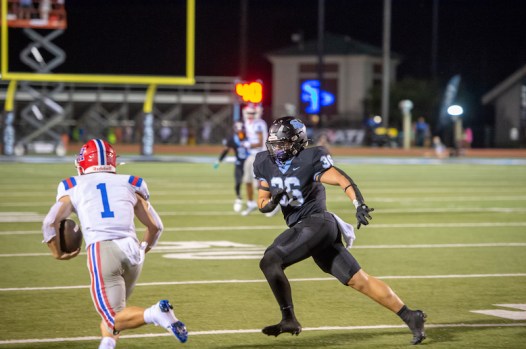 HOOVER – In a running theme for the year, Spain Park’s defense came ready to play on Friday, Sept. 16, but the Jaguars ultimately couldn’t find an offensive rhythm in a home region loss to Vestavia Hills.

The Jaguars limited the Rebels to three first-half field goals in an expected defensive battle, but they couldn’t find any success offensively in the half.

Trailing 9-0, that became costly in the second half for Spain Park, as Vestavia ultimately started pulling. The Rebels scored three touchdowns in the third quarter to take a 30-0 advantage, eventually leading to a 36-7 victory.

It marked the fourth time this season the Jags have been held to 14 points or less, while they have yet to score more than 21 points in any game, leading to a 1-4 record overall and 0-3 start to region play.

Their defense, however, gave them chances early in the game by limiting the Rebels to field goals.

Vestavia didn’t take the lead until hitting its first field goal with 4:55 left in the opening quarter.

On the ensuing kick off, however, the Rebels were able to recover a fumble by Spain Park. Shortly after, they capitalized on the mistake and good field position with another field goal to make it 6-0.

It looked like that score might make it to the half, which would have put the Jags down just one score, but sure enough, the Rebels were able to tack on one more field goal as time expired thanks to an 18-play drive that gave them a 9-0 advantage into the break.

With Spain Park’s defense on the field for so much of the first half, Vestavia was able to take advantage of the constant pressure by converting drives into touchdowns in the second half.

Following an interception early in the second half, the Rebels scored their first touchdown of the game on the opening drive of the third quarter to take a 16-0 advantage when quarterback John Paul Head scored from 11 yards out.

Then, after another stop, Vestavia went right back to work, and in identical fashion, Head capped off the drive with another 11-yard score to make it 23-0 with 7:23 left in the third.

Then, the final statement came when the Rebels forced a fumble that was scooped and scored by Jordan Ross after the tackle. His defensive touchdown made it 30-0 heading to the final quarter.

Spain Park did finally find the end zone in the first seven seconds of the fourth quarter on a touchdown run from Dakari Shanks, but the Rebels responded with a 50-yard touchdown run on the ensuing drive to cement the 36-7 win.

Spain Park will now have a bye week before finishing region play with games against Tuscaloosa County, Chelsea, Hewitt-Trussville and Oak Mountain.