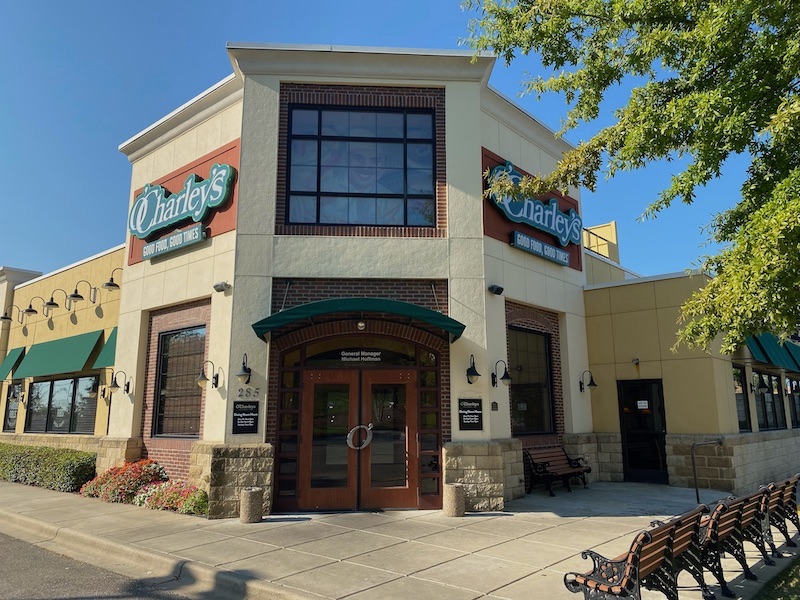 The Alabaster location of O'Charley's announced that it would officially be closing its doors to the public. (Reporter Photo/Michelle Love)

ALABASTER – An announcement that the O’Charley’s in Alabaster officially closed its doors circulated on Monday.

The restaurant was located at 285 S. Colonial Promenade Parkway in Alabaster and a message thanked customers for their patronage over the years.

Customers were encouraged to visit another O’Charley’s location in Alabama at 1709 Fulton Road in Fultondale.

Members of the O’Club can still redeem their rewards at a different O’Charley’s location.

The “casual dining” restaurant chain has more than 200 locations across the country.

The restaurant chain first opened in 1971 in Nashville, Tenn., in a location across from Vanderbilt University.

In recent years, the restaurant chain has seen multiple closures in various states.

O’Charley’s is owned by Restaurant Growth Services, which also runs places such as The 99 Restaurant.

An O’Charley’s spokesperson said on Tuesday that the closing of the Alabaster location was a very difficult decision and one the company was saddened to make.

“We sincerely appreciate our loyal guests who have visited us at this location and are deeply grateful for the outstanding work of our team and leadership in Alabaster,” the spokesperson said. “We encourage our customers to visit us at any of our other restaurants across the Southeast, including several in Alabama.”