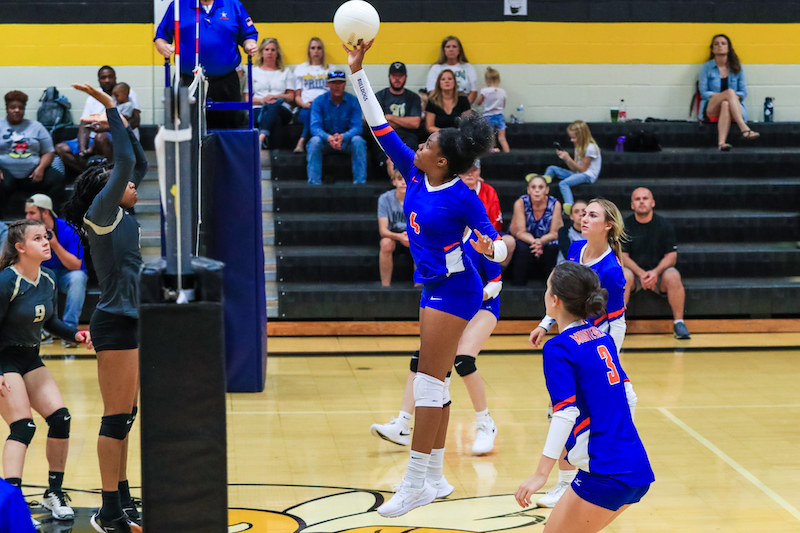 WEST BLOCTON – Montevallo added another win to its latest hot streak after traveling to West Blocton on Thursday, Sept. 15. The Bulldogs defeated the Tigers in their eighth blowout match of the season, beating West Blocton 3-0.

The Bulldogs had an incredibly strong evening against the Tigers in a three-set sweep. Montevallo took commanding leads in each set, eventually winning each by 10 points to set up a final score of 25-12, 25-14, 25-11 in the 3-0 win.

Paige Johnson led Montevallo in aces and assists in the win, totaling six aces and 18 assists, while she also added three kills and seven digs in a balanced effort.

Senior Camille Holmes and Anna Kate Jackson both had seven digs. Jackson had one kill and totaled two aces.

The Bulldogs take on the Vincent Yellow Jackets at home on Tuesday, Sept. 20.