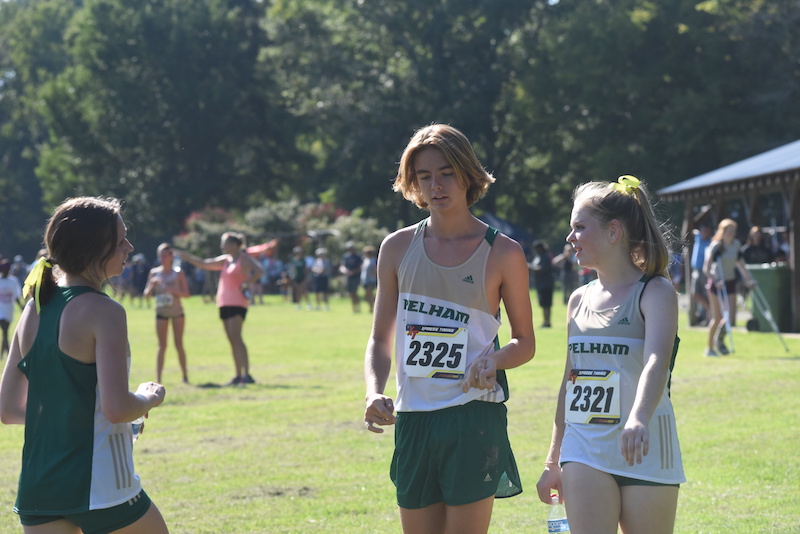 Host Oak Mountain’s boys team placed second in the meet Saturday morning. The Eagles trailed closely behind the Auburn Tigers in the rankings.

Senior Mathew Womack placed in the top five out of more than a hundred runners who participated on Saturday. Womack placed fourth overall timing at 16:51:78.

Joe Shoemaker, Trippe Corrie and Bennett Phillips from Oak Mountain placed in the top 20. Shoemaker, placed ninth with a time of 17:25.19, while Corrie placed 15th and Phillips 17th.

Westminster at Oak Mountain placed fifth overall in the boys race. Freshman Weaver Caldwell placed 22nd overall with a time of 18:23:34 and Charlie Davis came in at 25th timing at 18:25:61.

The Eagles girls team also placed second at Heardmont Park. They also trailed behind the Tigers in the overall rankings. Junior Lauren Cole came in sixth place timing at 20:47:08. Faith Scardino placed eighth overall with a time of 21:06:33 and Catarina Williams came in 10th timing at 21:12:15.

Westminster at Oak Mountain’s girls team placed third overall in the meet Saturday morning. One member of the team placed in the top ten. Hannah Adams placed seventh with a time of 20:53.83.

Pelham’s girls team was placed at the Oak Mountain Invitational. The Panthers came in seventh placed with two runners in the top 50. Senior Ana Bravo came in 32nd with a time of 23:36:80 and Mikayla Leftwich placed 41st overall timing at 24:18:37.

The girl’s team for Indian Springs did not place overall at the meet, however, junior Catherine Hinson place 13th in the meet with a time of 21:35:21.

Westminter at Oak Mountain’s next race will be held on Friday, Sept. 23 at Veterans Park in Meadowbrook. Oak Mountain and Indian Springs participate next in the Shelby County Championships on Saturday, Sept. 24 held at the University of Montevallo. Pelham’s next meet will be hosted by Spain Park on Thursday, Sept. 30.