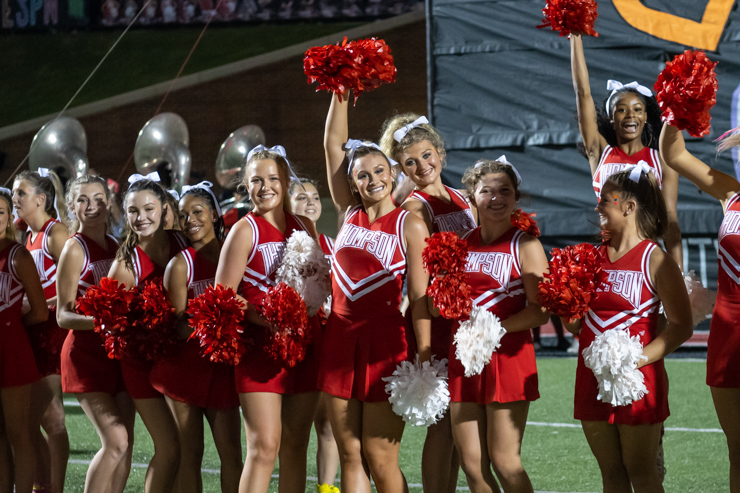 It's time to start recognizing cheerleading as a sport. (File)

Is cheerleading a sport? Yes, the answer is an absolute yes. This seems like one of the most overrated controversies in sports, because it is pretty obvious that cheerleading should be viewed as a sport. Just because cheerleaders spend most of their time on the sidelines of basketball and football games and feeding into the never-ending tradition of school spirit, doesn’t mean that they should get sidelined to being another after-school activity instead. They do so much more than just rally the student section when the home team is trailing behind by 20 or so points. Honestly, with all the physical and mental exhaustion that these school-spirited athletes deal with, who is cheering them on?

Cheerleaders take hits just as much as football players. Maybe they don’t have a 240-pound linebacker coming at them, but if we are going to start off by discussing the physical toll cheerleaders endure, it might be best to compare cheerleading to football. It is only fitting since what is football without cheerleading? With all the flips, jumps and lifts, it’s hard to imagine not getting knocked in the face every once in a while.

A report by The National Center for Catastrophic Sport Injury Research (NCCSIR) at the University of North Carolina at Chapel Hill reports that included injuries made by both high school and college athletes, the number of injuries that cheerleaders face are classified as direct catastrophic injuries. NCCSIR describes this as, “any severe injury incurred during participation in a school/college sponsored sport.” Cheerleading came in second to football based on the data that was collected over the course of the past four decades. Although cheerleading comes in second to football in the NCCSIR high school and college sports report, it still ranks higher than more than 20 other classified sports.

As much of a cliche as this is, the Oxford Dictionary defines sports “an activity involving physical exertion and skill in which an individual or team competes against another or others for entertainment.” Aside from the countless games, cheerleaders spend on the sidelines of basketball and football games, cheer competes in events as well. They have to create elaborate routines besides working on their school fight chant. They travel across states to compete in competitions, some even make it to Orlando, Florida for the Cheerleading Worlds held at the ESPN World Wide of Sports Complex every year. Sounds like the definition of a sport to me.

The physical toll and time commitment that cheerleaders endure are what every athlete experience. However, there is one thing that differs from cheerleading to every other sport. Who is cheering them on? Seriously, they have to make the fans in the bleachers’ hype in terrible weather conditions and during even worse games.

I never was a cheerleader, but many of my close friends grew up cheering in Alabama. And I have even known football and basketball players who were cheered on by the spirit squad here in Shelby County at one point in time. These cheerleaders fuel traditions of school and team spirit. They decorate players’ lockers, make them posters before big games and even make players baked goods! Why doesn’t the football team bake cookies for the cheerleaders every once in a while or why doesn’t the basketball team decorate their locker before competitions? Cheerleaders are the foundation of pep and spirit. Shouldn’t they be cheered on for a change?

Football is easily one of the main sports to consume the fall season, but maybe it’s time that cheerleaders got just a little more recognition during this time of year. Cheerleading is practically a year-round sport with football in the fall, basketball in the winter and cheer competitions in the spring. It’s time to cheer on those who cheer on everyone else for a change. So to answer the question one more time, yes, cheer is a sport.