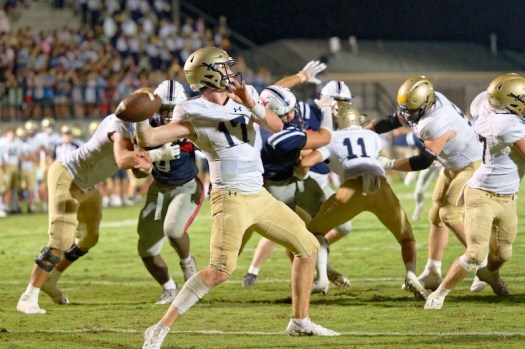 Briarwood quarterback Christopher Vizzina had a big night on Sept. 23, helping lead the Lions to a 34-14 win against Oak Mountain, while the defense played one of its best games of the season. (Photos for the Reporter/Barry Clemmons) 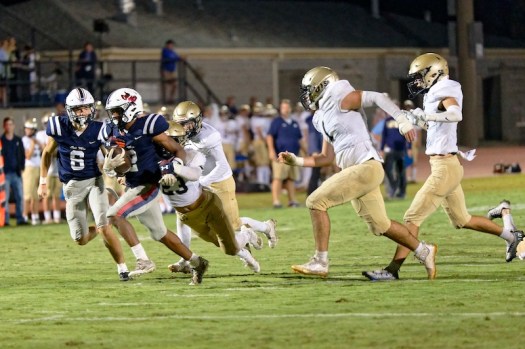 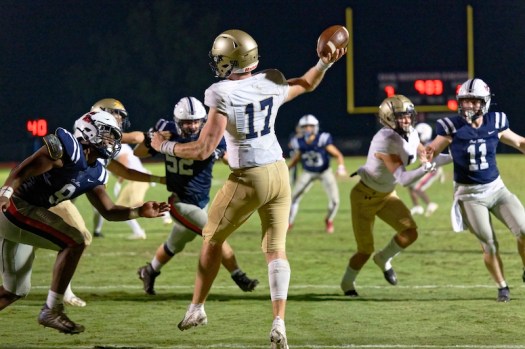 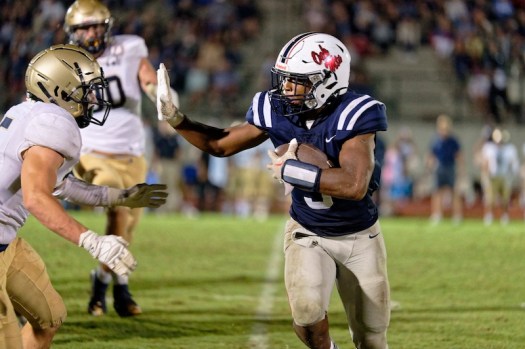 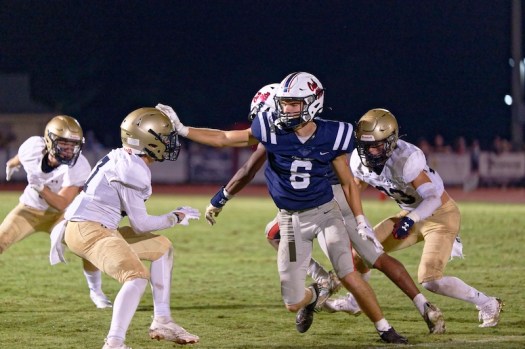 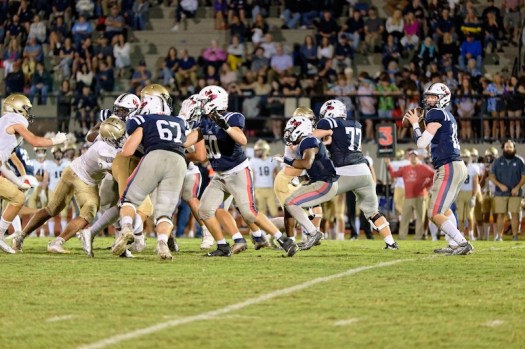 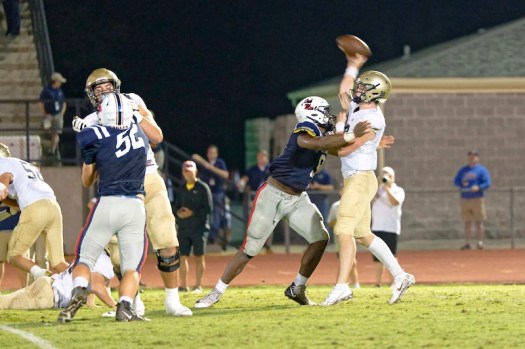 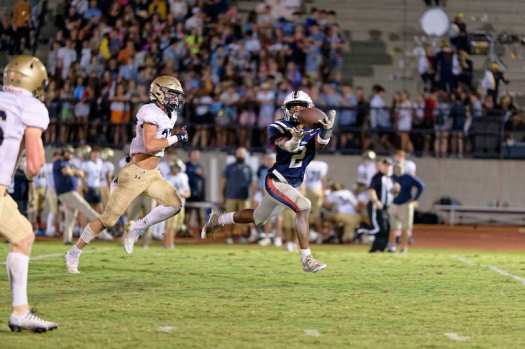 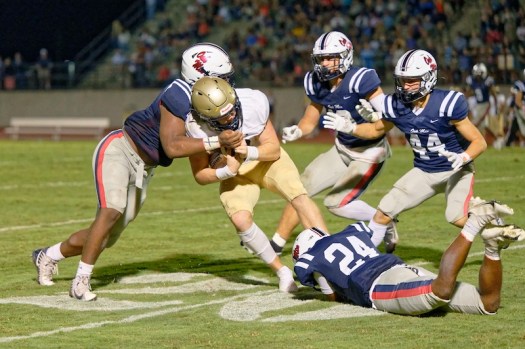 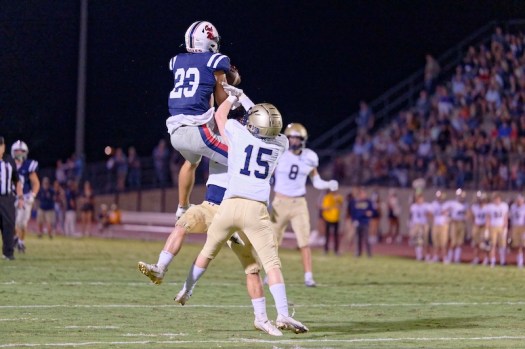 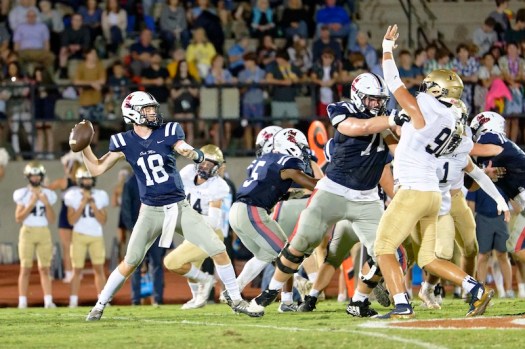 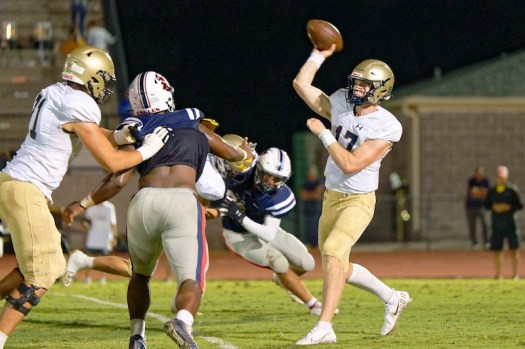 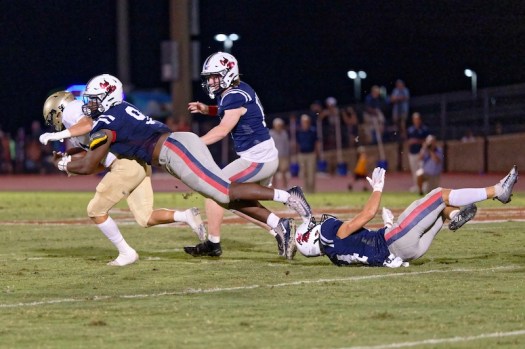 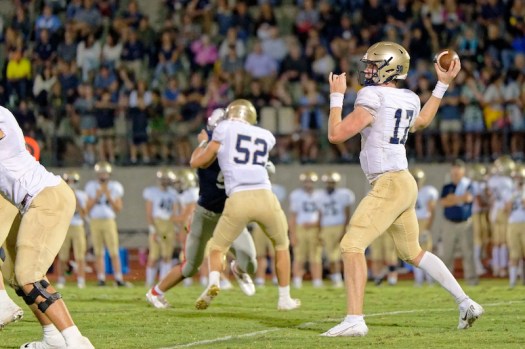 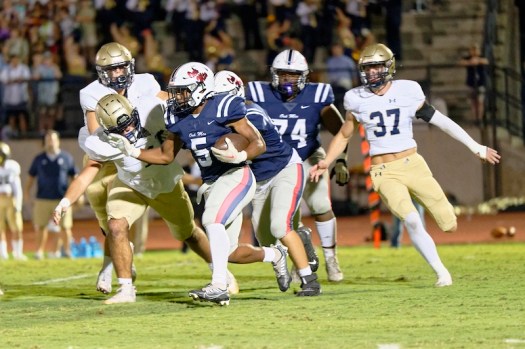 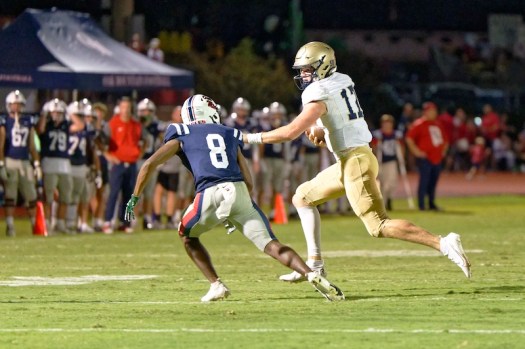 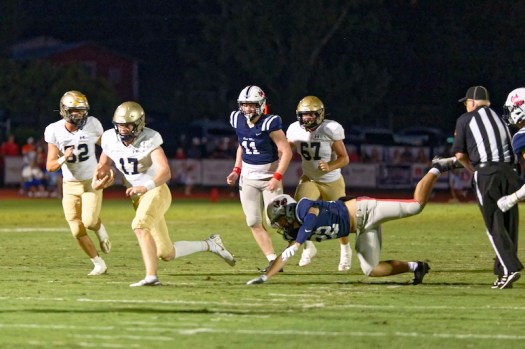 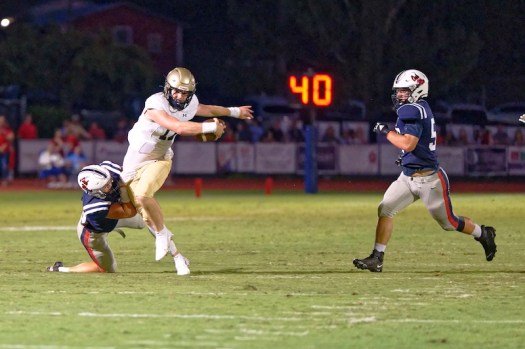 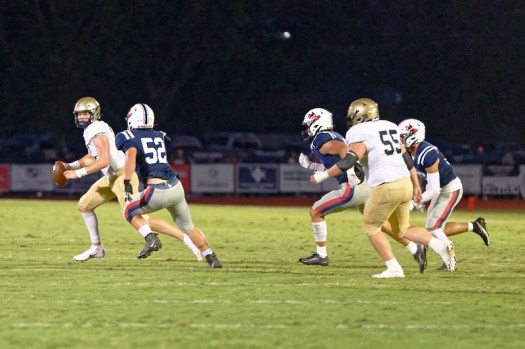 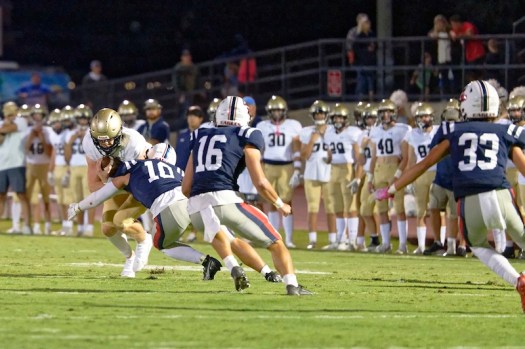 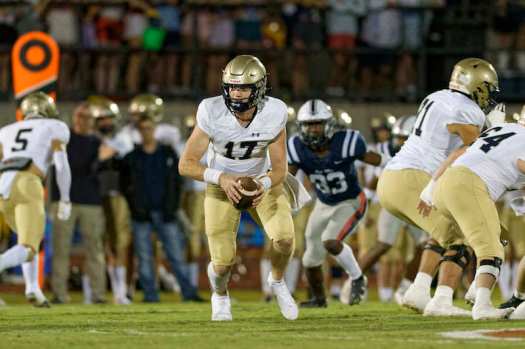 NORTH SHELBY – Briarwood had a huge win against Oak Mountain on Friday, Sept. 23. The Lions gained control of the game early on in the evening leading to their latest victory against the Eagle’s homecoming game. Although Oak Mountain’s defense came back strong into the second half and halted much of the Lion’s movement on the field, it still wasn’t enough to stop Briarwood from winning 34-14.

Senior Christopher Vizzina had a big night against the Eagles. The Clemson commit gave Briarwood scored the first touchdown of the evening early in the first quarter when he completed a 9-yard pass to Brady Waugh on the team’s opening drive of the night.

“I’m really just enjoying it taking it all in,” Vizzina said after the win. “When we’re playing together, we’re unbeatable.”

With less than three minutes left of the first quarter and the Eagles in possession of the ball, Briarwood intercepted the first of a few Oak Mountain passes on the night, which resulted in Vizzina running for a 30-yard touchdown to end the first quarter.

Oak Mountain made several attempts throughout the second quarter to add a touchdown to the scoreboard before the half, but Briarwood continuously stopped the Eagles. Each time Oak Mountain was in the red zone, Briarwood’s defense prevented the Eagles from scoring.

The Lions regained control of the ball two more times before halftime and added two more touchdowns to the score.

The Lions got another two interceptions that led to Vizzina passing to Cooper Higgins for a 30-yard touchdown and running one in himself from 2 yards out.

That allowed Briarwood to take a 28-0 lead into the halftime break.

Returning to the second half of their homecoming game, Oak Mountain’s defense stepped up to the plate looking to give the team a chance at fighting back.

After neither team scored for most of the third quarter, Oak Mountain got on the board late in the quarter with its first touchdown of the evening in the final three minutes of the quarter thanks to a 1-yard plunge from Trey Vassell.

Oak Mountain’s final successful drive of the evening resulted in one more touchdown in the fourth and final quarter of the homecoming game when Will O’Dell hit Sawyer Smith from 17 yards out to make it a tw0-score game with 3:18 remaining.

Even with a strong defensive presence by Oak Mountain throughout the second half, Briarwood managed to squeeze in one more score that put the game away.

A minute after Oak Mountain’s final touchdown, Vizzina scored his fifth touchdown and third on the ground with a short run to create the 34-14 final.

“We came out really sharp,” Briarwood head coach Mathew Forester said about Briarwood’s performance against Oak Mountain. “It took us a while, making halftime adjustments, they made it really hard on a few things we’re trying to do. Hats off to Oak Mountain for how hard they played. But I feel like it was a good night for Briarwood overall.”

Briarwood returns home to take on Helena next on Friday, Sept. 30, while Oak Mountain will face Hoover at home on Friday as well.