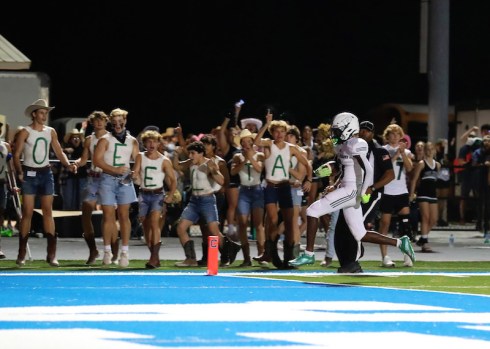 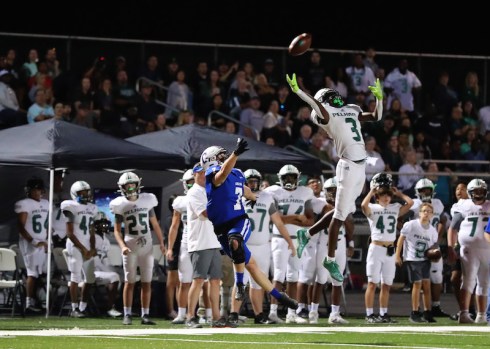 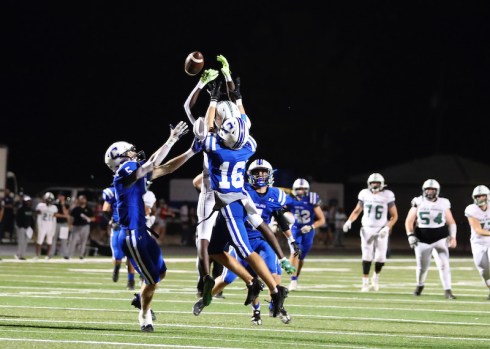 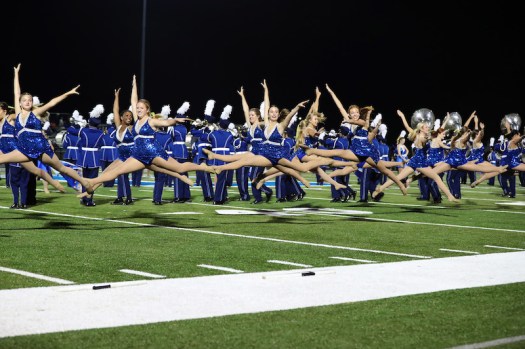 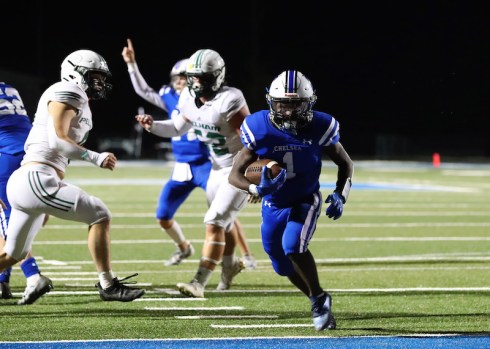 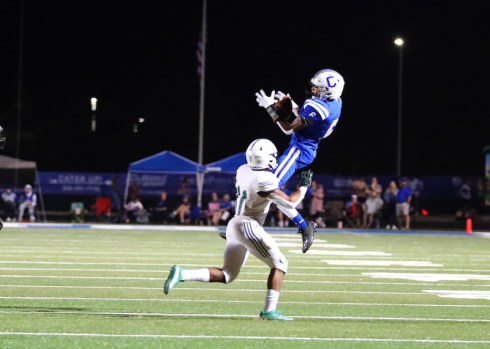 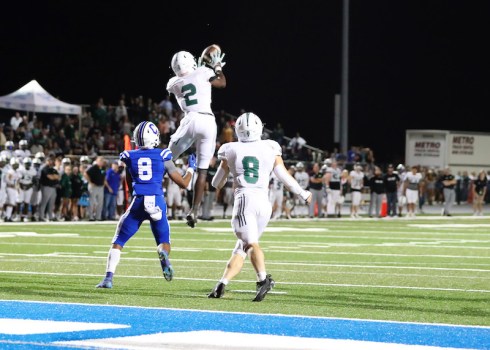 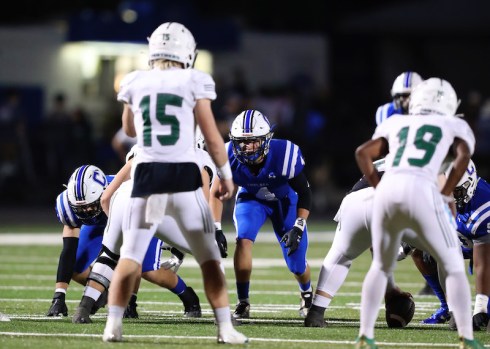 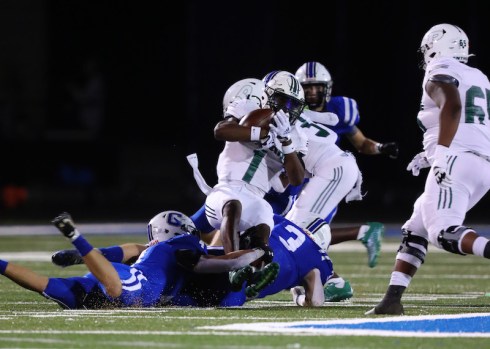 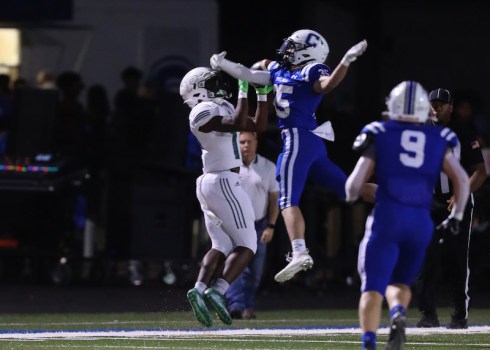 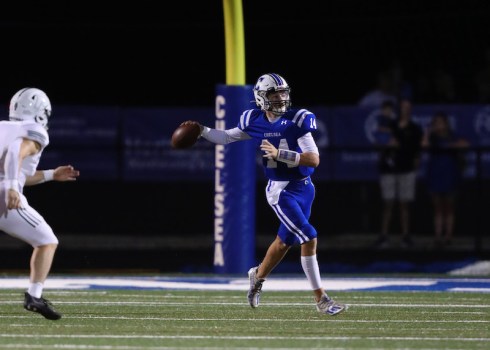 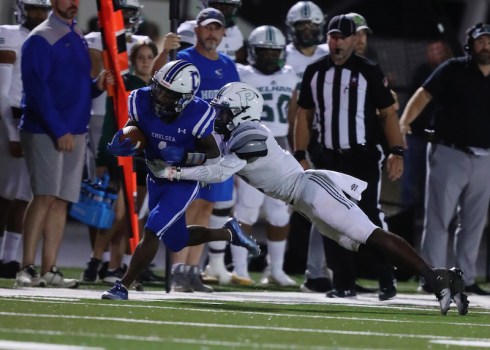 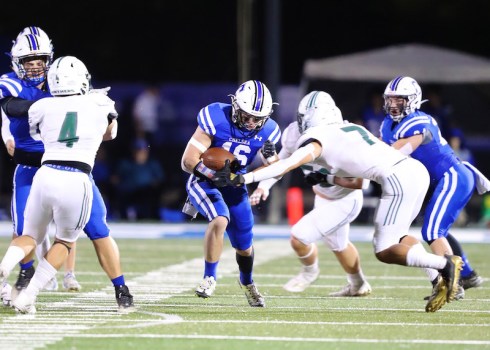 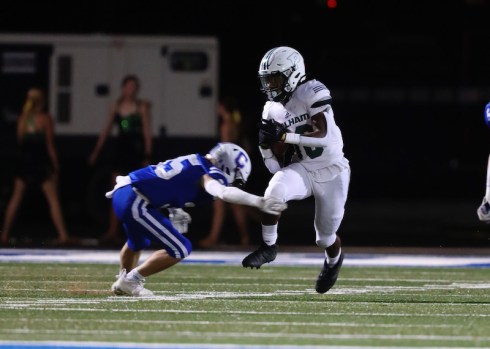 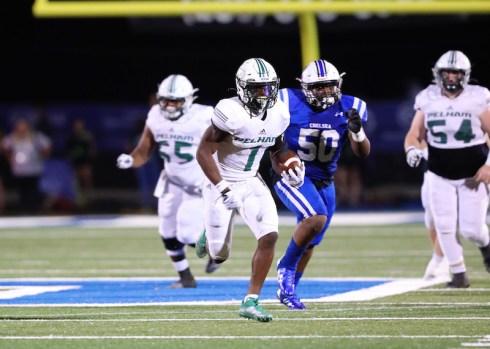 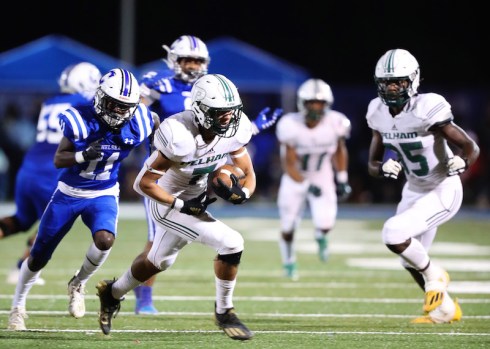 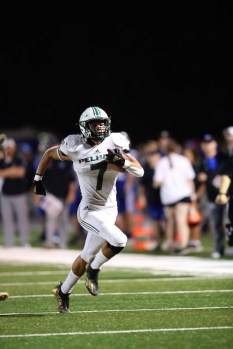 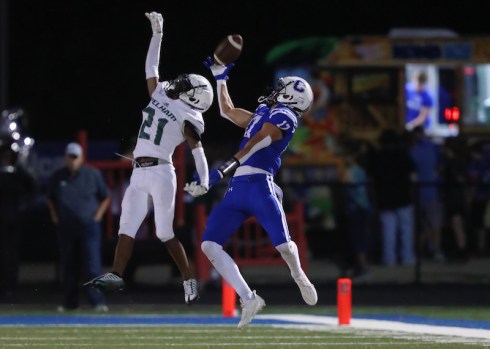 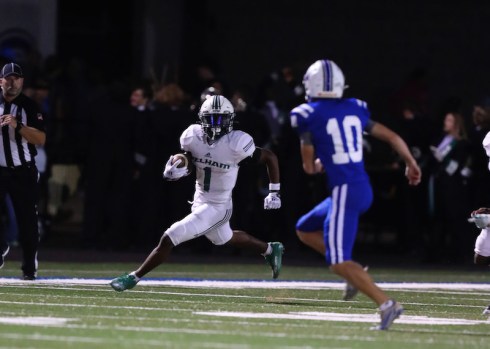 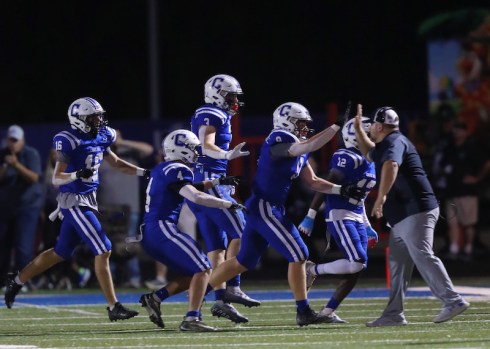 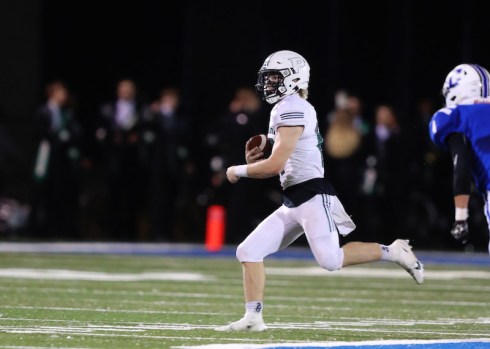 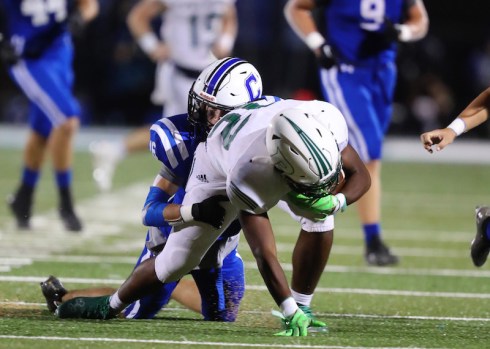 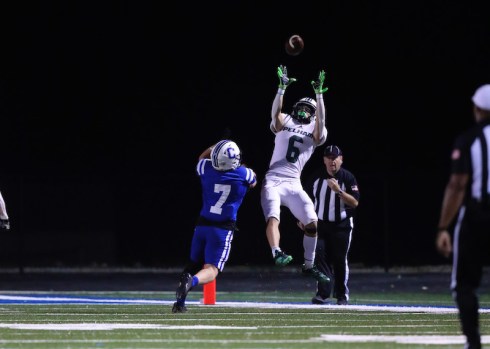 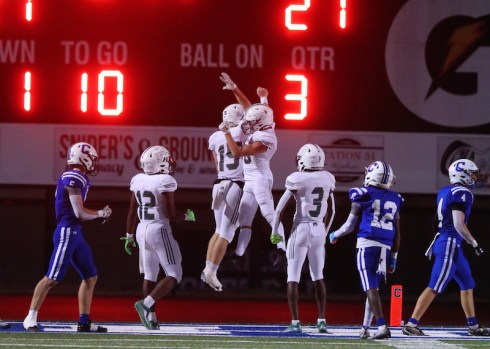 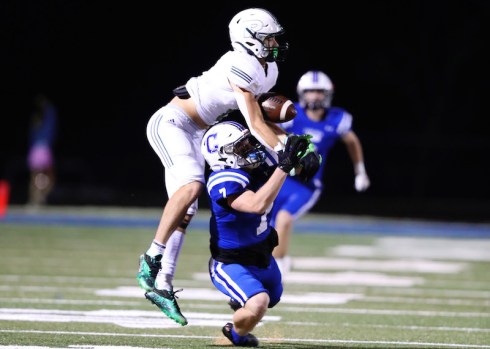 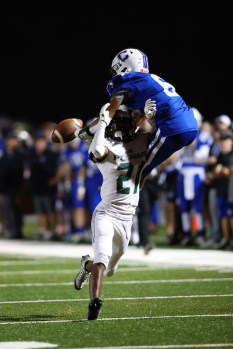 CHELSEA – Another week, another one-score game for the Pelham Panthers, but this time, they walked away victorious against the Chelsea Hornets in a thrilling 35-28 victory on Friday night in Chelsea.

“To be able to come into this environment and still be up after an emotional game a week ago, I’m just really, really proud of where our kids are and where our coaches had them,” Pelham head coach Mike Vickery said postgame.

Chelsea opened the game with a three-and-out, and Pelham responded on the next drive with a short scoring run from Clayton Mains to go up 7-0.

The Hornets quickly tied the game on the next drive as Emerson Russell went 19 yards for the touchdown.

Pelham then found Kamari Hollis on a pass, who ran it in for the touchdown to give the Panthers back the lead.

Then, just three plays into the Hornets drive, Carter Dotson was picked off by Bishop Rellah of the Panthers, who returned it for a touchdown which put Pelham up 21-7 early in the second quarter.

Chelsea mounted a formidable response before halftime, starting with a JyDarian McKinney touchdown catch followed by an Anderson Brooks interception on the next drive that set up a quick Jaxon Shuttlesworth touchdown.

The two sides went into the locker room locked at 21-21, setting the stage for an exciting second half.

Pelham, despite being down one of their best players in Darius Copeland for the second half, was able to start the third quarter in a similar fashion to the first, marching down the field on a scoring drive capped off by a Mains touchdown run to open the half.

Chelsea answered on its next drive with a Russell run to get down to the 8-yard line before he punched it in on the next play to tie up the game at 28 and continue the back-and-forth affair.

Following the first punt of the game from Pelham, Chelsea threw an interception to Ethan Hill on third down to give the Panthers the ball back.

From there, Pelham began a 70-yard drive that included a third down conversion from a Chelsea offsides penalty and a defensive pass interference penalty in Pelham territory.

Ra-Sen Smith capitalized on those mistakes to cap off the drive with a touchdown run that put the Panthers in front 35-28.

After failing to answer, Chelsea got one final chance just as it looked like the game was over.

As Mains simply had to take a knee to end the game, the center fumbled the snap and Jaeden Bennett fell on the ball to recover the fumble with seven seconds left. Chelsea got one final chance on a heave to the end zone, but the pass was batted down, in a hold-your-breath type of moment.

After the game, Vickery credited both sides of the ball for making plays and hanging on for the win.

“Just had to answer when we were able to get the football and they did a great job of sustaining some long drives, and you know, we just kept fighting, both our defense stepped up and made plays when they had to in some key moments and offensively, we had to, you know, again had to establish a run to keep our defense off the field a little bit,” Vickery said. “And again, proud of those kids up front and our running backs for doing a great job.”

For Chelsea coach Todd Cassity, it was a case of what might have been had a couple of plays gone their way.

“I thought our kids played hard. We just couldn’t, you know, couldn’t make some big plays, and those big plays cost us,” Cassity said.

Both teams have region road games next week with Pelham traveling to Calera and Chelsea making the trip to Vestavia Hills.