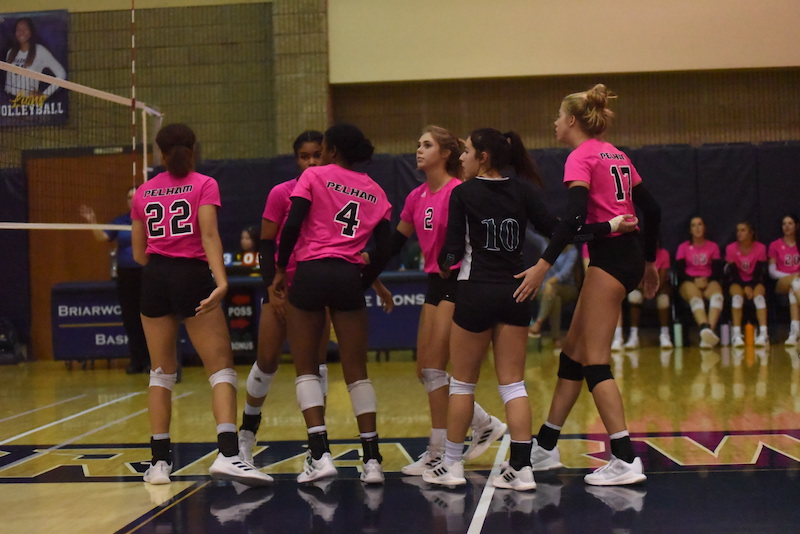 NORTH SHELBY – Pelham traveled to Briarwood on Tuesday, Sept. 20 in its latest away game before returning home to take on Fairhope on Thursday, Sept. 22. The Panthers concluded their string of away games on a high note by defeating the Lions 3-0.

The Panthers started the evening out strong by winning the first set 27-25, however, the Lions didn’t make things easy for Pelham. The first set was neck and neck, which foreshadowed most of how the match was going to play out.

Briarwood had a considerable lead in the second set of the match, but Pelham had a strong comeback that led the Panthers to defeat the Lions by four points by the end. The set concluded with Pelham winning 25-21.

“I thought we got timely points off our offense when we needed them,” head coach Perry Robinson said about Pelham’s performance against Briarwood. “I wish we would have gotten a few more, but we got them when we needed them and tonight that was good. We didn’t quite play super clean, but we battled tonight.”

Emma Studdard leads the Panthers this season in receptions and digs. Kylee Hester has totaled the highest number of aces and assists this season for Pelham.

Senior Averi Smith has accumulated the most kills for the Panthers this season, while Caley Peterson leads Pelham with blocks overall.

“It’s been really enjoyable with this team,” Smith said about her senior season. “It’s sad that’s my last season, I’m very happy that we pulled this one out.”

Briarwood had a strong performance against the Panthers. Jolee Giadrosich leads the Lions in aces and assists. Stella Helms has totaled the highest number of receptions and kills this season.

Senior Bradford Latta has obtained the highest total of kills for Briarwood this season, while Caroline Jones leads the Lions in digs this year.