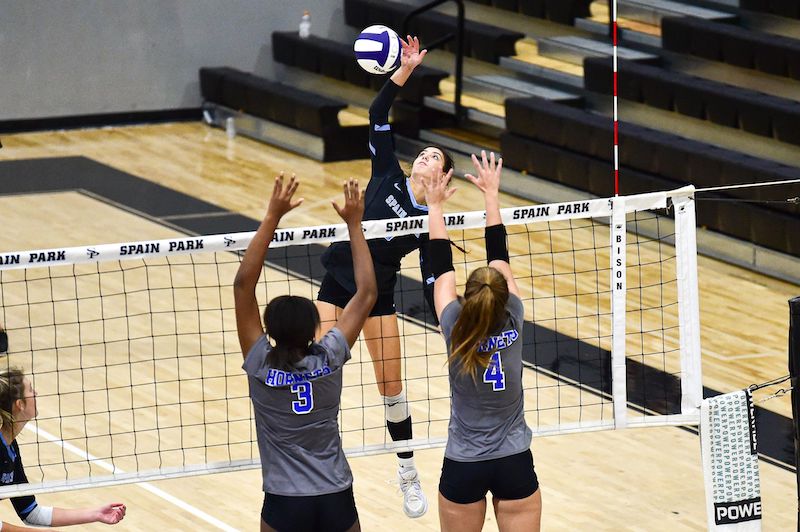 Vestavia Hills defeated Spain Park in the last three sets of five-set match during their match-up on Thursday, Sept. 29 in Hoover. (For the Reporter/Jeremy Raines)

HOOVER –  Looking to avoid a hiccup during a strong season, the Spain Park Jaguars continued a strong stretch of play on Tuesday, Sept. 21 when they took down county and area opponent Chelsea in straight sets for an area victory.

The Jaguars held a tight 12-8 lead in the first set and maintained that advantage throughout the set on the way to a 25-16 victory.

Chelsea had a major comeback in the second set holding up a one-point lead toward the halfway point of the second set. The Hornets were winning 8-7 until the Jaguars swooped in with another win 25-17.

The Hornets did not make the third and final set easy for the Jaguars as Chelsea continued to trail behind Spain Park by a few points throughout the set. However, Spain Park came out triumphantly in the set winning 25-22.

Senior Emily Breazeale led the Jaguars in receptions and kills in the match, totaling 13 kills and 15 receptions.

Mckinney Shea led Spain Park with two blocks in the match. Nora Dawson, Reagan Gilberts and Breazeale followed Shea with one block each.

Senior Lily Johnson totaled the highest number of assists, leading the Jaguars with 15 assists.  She also had nine digs.