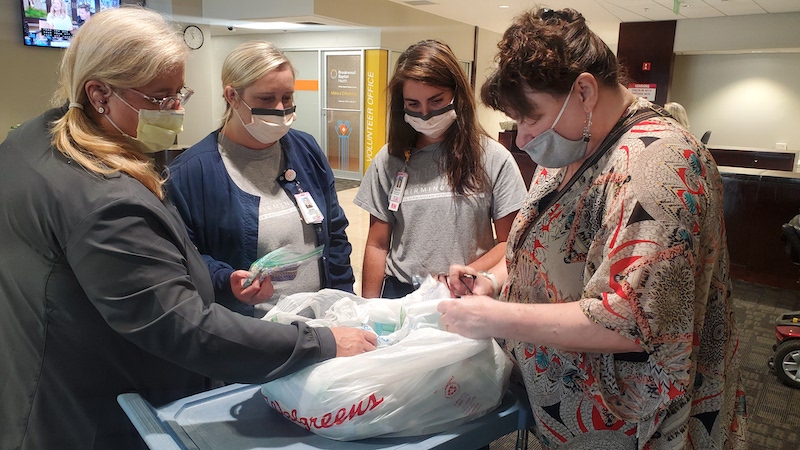 Alabaster's Diane Garrett has donated a large collection of crocheted hats to the NICU of Shelby Baptist Medical Center. (Contributed)

ALABASTER – The babies of the Shelby Baptist Medical Center NICU have a special guardian angel in the form of Diane Garrett.

Garrett, an Alabaster resident, has been crocheting beanie hats and bowties for the NICU patients to give them an additional dose of love during such a stressful time.

“That’s the love you spread,” she said. “By spreading your gift you’re spreading your love, and those people need love with what they’re going through.”

Garrett started crocheting as a hobby on a whim one day while bored at her sister’s. She called it a “necessary distraction” that ultimately turned into something greater. She said while she was crocheting, she began to wonder if there was a bigger purpose meant for her new hobby.

“I’m a praying woman, and I believe God uses people in big ways and little ways,” she said. “So, I thought to myself, ‘I’m just sitting here making dish cloths and doilies for myself,’ and I thought there’d got to be something for me to do to help people with this.”

She prayed that God would guide her to find an outlet for her new hobby, and shortly found an answer. It was a Facebook group that does themed hats for the NICU at UAB that gave her the inspiration. She got the measurements for the beanies from the Facebook group, which helps her stay consistent in her sizing.

Over the past year, she estimates she’s given 60-70 hats in total. To Garrett, every hat is a small gift of additional hope and love that can help the babies and their families through their ordeal. She prays over every hat in the hope that the families feel God’s presence.

“I know some of them are in such danger when they’re born, and that just breaks my heart that some families have to go through that,” she said. “At first I thought, would anybody even appreciate these or is this something anyone would even want. I’m really just happy to do what my God has guided me to do.”