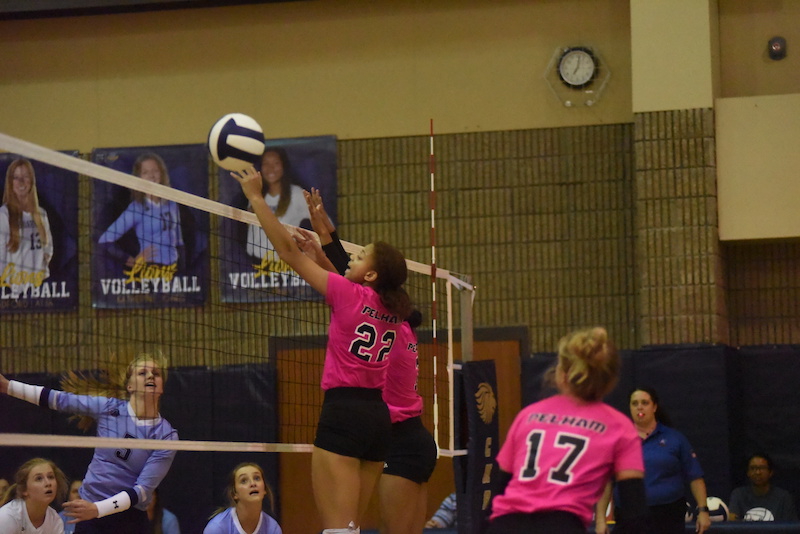 The Panthers pulled off a close win in the first set, managing to beat their opponent by a two-point lead. Pelham won the set 25-23. However, John Carroll Catholic made the match more difficult for the Panthers in the second set.

Pelham came back strong in the third set, as they were now the team to hold a significant lead to end the set. The Panthers concluded their third set victory 25-16.

When it appeared as though Pelham would have secured their latest victory by the end of the fourth set, John Carroll Catholic beat the Panthers in a tight win 30-28.

As Pelham entered the fifth and final set of the match, John Carroll Catholic and the Panthers were tied 2-2. Pelham managed to maintain a lead after a difficult fourth set during the final set, winning the fifth set and match 15-10 and 3-2.

Emma Studdard totaled the highest number of digs for the Panthers, Studdard totaling 22 digs in the five-set match. Smith had 20 digs and Mcminn totaled 18 digs.