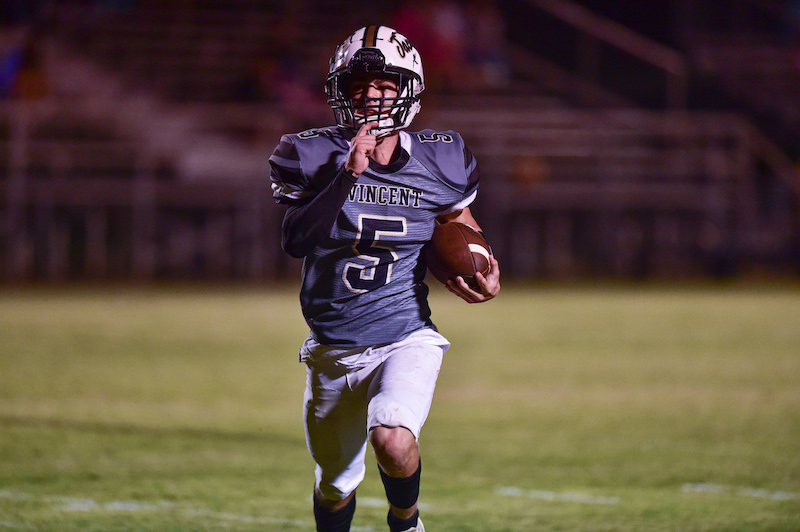 The Vincent Yellow Jackets scored 36 unanswered against Ranburne on Friday night to overcome a 21-18 deficit en route to a 54-21 victory. (File)

RANBURNE – Vincent trailed at halftime but dominated the second half of a 54-21 win at Ranburne on Friday.

The win improves the Yellow Jackets to 6-1 overall and 3-1 in Class 2A, Region 4. They find themselves in a three-way tie in the region standings with Isabella and Thorsby—two of the three region teams left on Vincent’s schedule in games that will decide playoff fates.

Zac Carlisle returned the opening kickoff for a touchdown on Friday, and then the Vincent defense posted a three-and-out to get the ball back and set up RyKelus Robertson for a 13- yard touchdown run and a 12-0 lead. Ranburne (3-3, 2-2) answered with a touchdown and extra point to make it 12-7, and then the Bulldogs recovered an onside kick and scored another TD to take a 14-12 lead early in the second quarter.

Vincent lost a fumble on its next offensive snap, and Ranburne took advantage of the miscue with a touchdown to make it 21-12.

Tray Youngblood made it two kick returns for touchdowns in the first half for VHS, and after a missed extra point, it was 21-18, which was the score at halftime.

“They did a great job keeping the ball away from us,” Vincent Coach Lucas Weatherford said. “We only ran three offensive snaps by midway through the second quarter. Those two kickoff returns were huge. I challenged them at halftime, and they responded.”

Ranburn’s drive to open the second half stalled in Vincent territory, and two plays later Robertson took it 58 yards for a touchdown.

TyQun Goodman’s point-after made it 25-21 in favor of the visitors.

The Vincent defense recovered a fumble to set up Blake Allum’s 18-yard touchdown pass to Carlisle and a 31-21 lead.

Another fumble recovered by the Yellow Jackets led to a three-yard Allums touchdown pass to Aiden Poe, and after three-quarters of play, the score was 38-21.

In the fourth quarter, Robertson scored on a 21-yard touchdown run, and Goodman followed with the point-after.

Allums then passed 49 yards to Youngblood, and Poe punched it in from the 1-yard line to make it 52-21 after Goodman’s extra point. A late safety brought the score to 54-21.

“Ranburne is a big, physical team and had a great game plan for us,” Weatherford said.” “I’m so proud of our kids for responding when our backs were against the wall and taking control in the second half. This is a special group.”Robertson finished with 100 yards and three touchdowns on 16 carries. Allums completed eight passes in 10 attempts for 135 yards and 2 TDs.

The Jackets visit Woodland on Friday, Oct. 7 for another region contest. 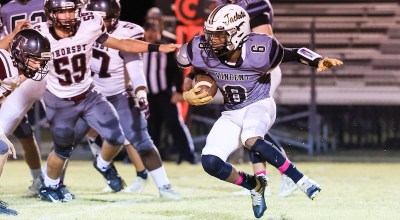 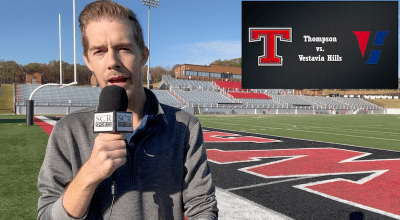 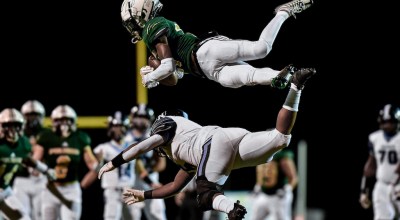 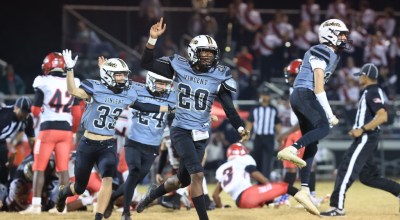