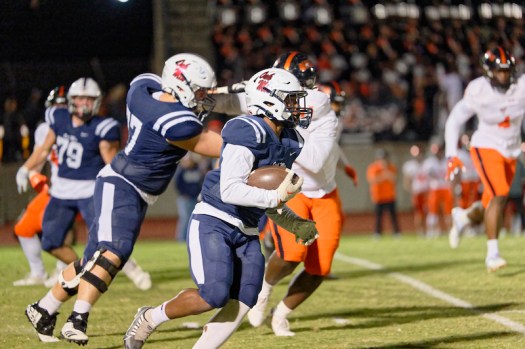 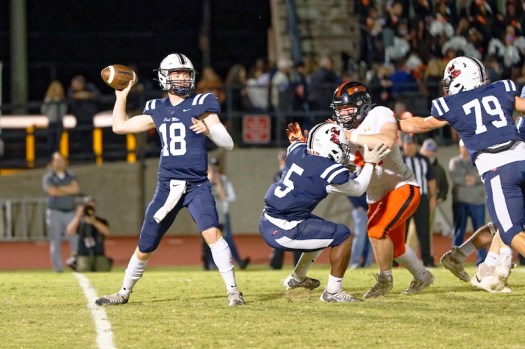 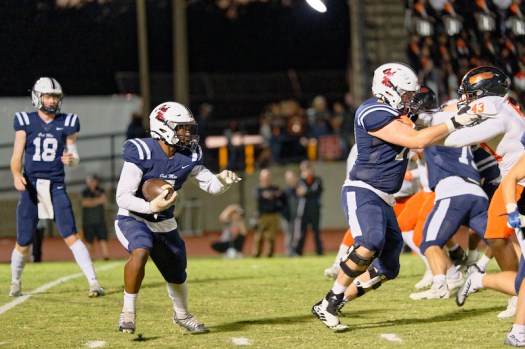 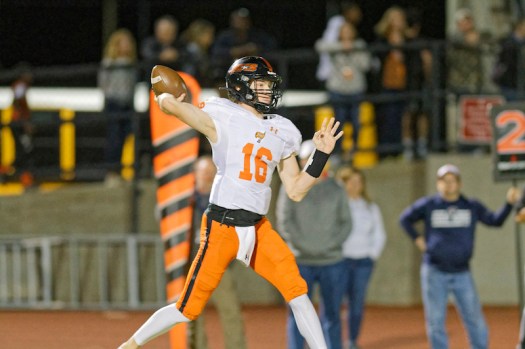 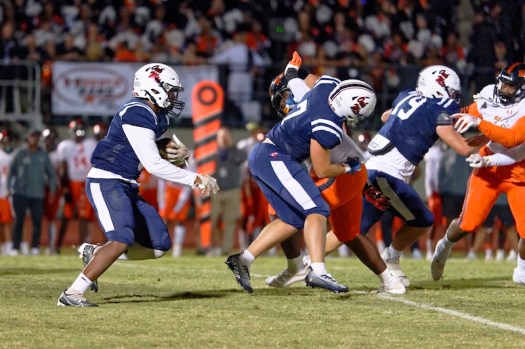 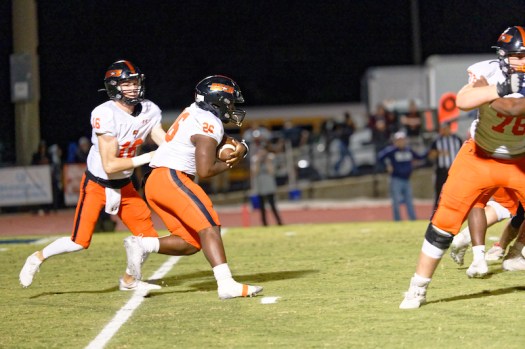 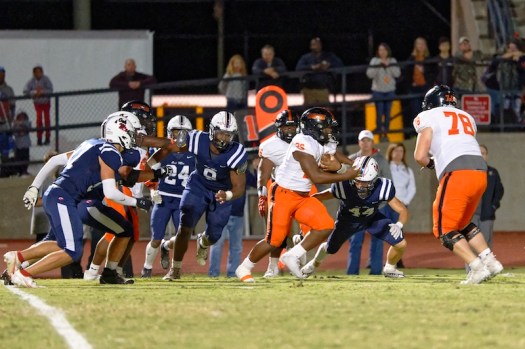 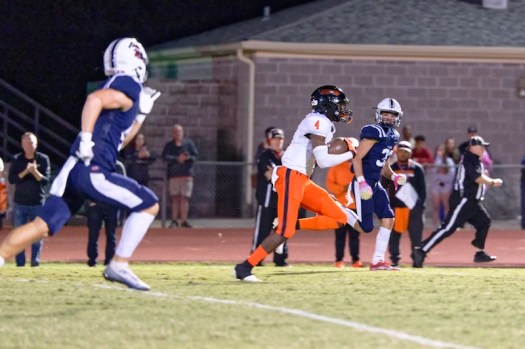 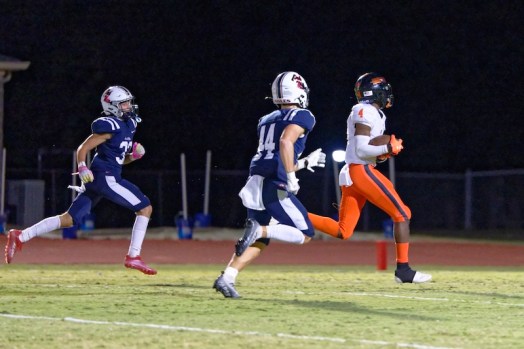 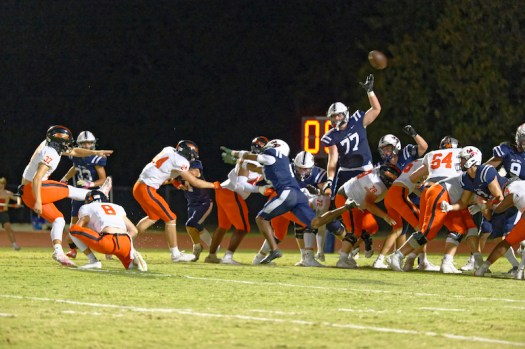 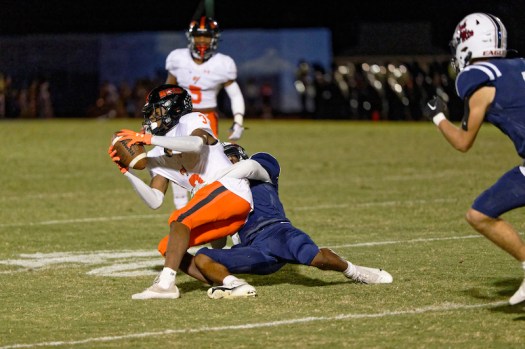 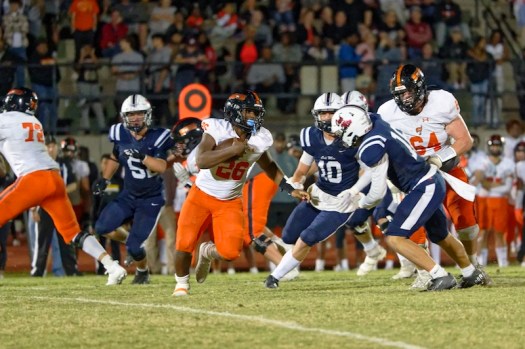 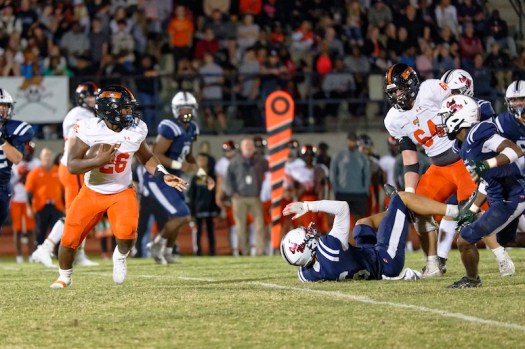 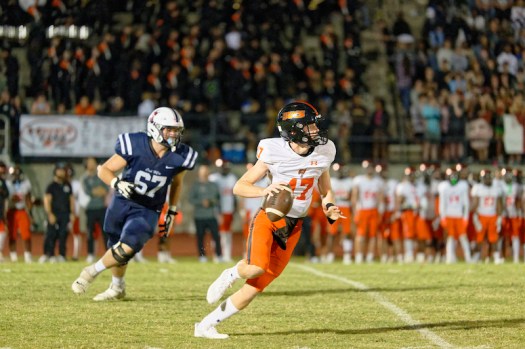 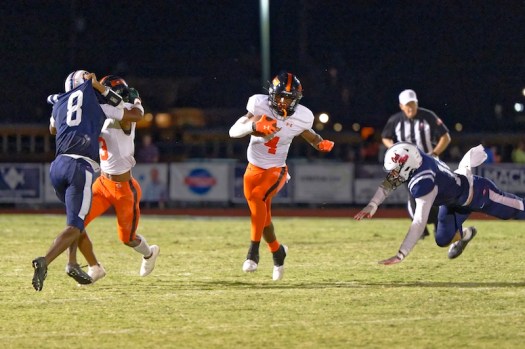 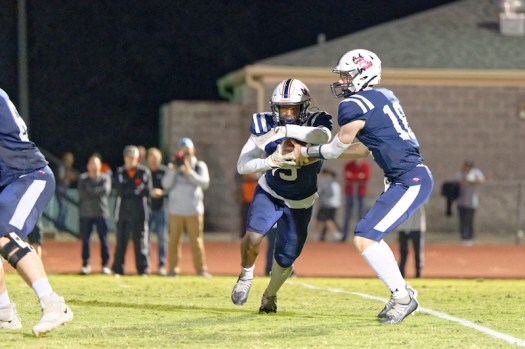 NORTH SHELBY – The Oak Mountain Eagles got off to a strong start against Hoover on Friday, Sept. 30 thanks to the defense keeping the game scoreless through the first quarter.

Ultimately, the Bucs wore down the Eagles the rest of the night en route to a 40-0 shutout victory at Heardmont Park.

“Our guys played so hard tonight,” Oak Mountain’s head coach Tyler Crane said about the Eagle’s loss to Hoover. “I’m so proud of how hard they played and gave everything that they had.”

Oak Mountain’s defense remained strong through the first quarter in their game against Hoover’s Buccaneers. The Eagles slowed down the Buc’s offenses every chance they got, however, Hoover held up Oak Mountain’s offense as well. Both teams remained scoreless for the entire quarter.

Defense’s #16 Garrett Murphy had seven successful tackles that led to several losses of yardage for Hoover.  Robert Yoder IV and Emmanuel Waller had 5 tackles and Carter Lehman had four.

Hoover stepped up towards the middle of the second quarter adding the first two touchdowns to the scoreboard. After several attempts at unsuccessful drives, the Eagles entered the ended the first half trailing behind the Bucs by 17 points.

After an incredible halftime performance by Oak Mountain’s Spirit of Cahaba, the Eagles and Bucs returned to the field. However, it appeared as though a different team from Hoover entered the second half.

The Eagles made huge strides to add a touchdown throughout the third quarter. Sawyer Smith made several successful first downs, however, it wasn’t enough to get Oak Mountain onto the scoreboard.

Hoover was able to slip through Oak Mountain’s defense and another touchdown and field goal before the beginning of the fourth and final quarter.

The fourth quarter ended with several major plays made by the Bucs. Hoover added two more touchdowns before the Friday night game ended. The Eagles were defeated by the Bucs 40-0.

“We gotta continue to get better at learning from our mistakes and not trying to make the same mistakes twice, we’re extremely young in a lot of places,” Crane said. “We got 21 days and depending on how are they gonna respond and how are they gonna finish these 21 days, I’m fairly confident they’re gonna give everything they got for these next three weeks.”

Oak Mountain heads to Thompson for their first Friday night game of October on the 7th.