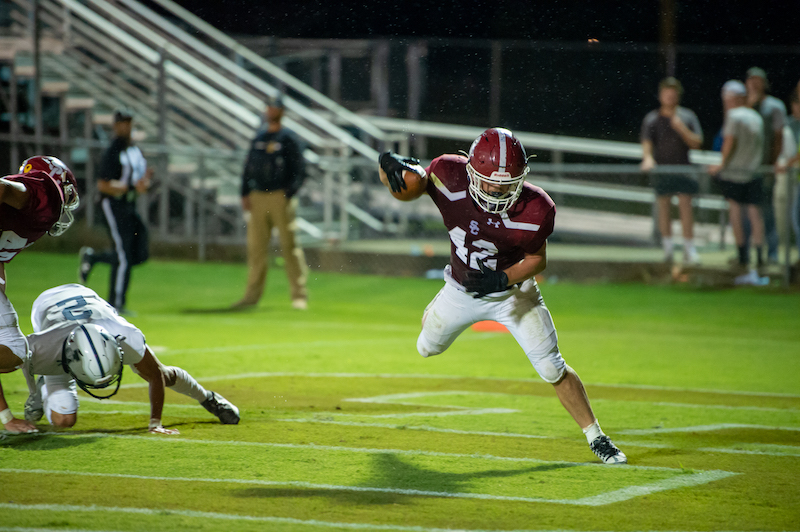 COLUMBIANA – A rough stretch for the Shelby County Wildcats continued on Friday, Sept. 30, as they dropped their second game in a row and third in the last four in a road trip to Demopolis.

After falling to No. 4 Moody 47-0 a week ago, the Wildcats jumped back into region play with a difficult test against region leader Demopolis.

Entering at 5-1, Demopolis had scored 41 or more in four of six to start the season, while the Tigers entered off a 74-16 win against Paul Bryant a week earlier.

Additionally, the Tigers had given up 16 or less in all but one game this season, and both sides of the ball continued to click in a 48-6 win against Shelby County.

Demopolis scored 21 quick points in the opening quarter and never looked back from there.

The Tigers tacked on seven more points in the second quarter to make it a 28-0 game at the half.

Shelby County had gained some momentum defensively in the second quarter, but the offense failed to account for much production, which put the defense on the field a lot.

That became costly in the third quarter, as Demopolis scored 20 points in the quarter to take a 48-0 lead.

The Wildcats then closed the scoring with their first points of the night in the fourth quarter to create the 48-6 final score.

Shelby County is now 3-3 overall and 1-2 in region play. The Wildcats will finish region play with road trips to Selma and Marbury the next two weeks before closing the season with non-region games against Rehobeh and Woodlawn.