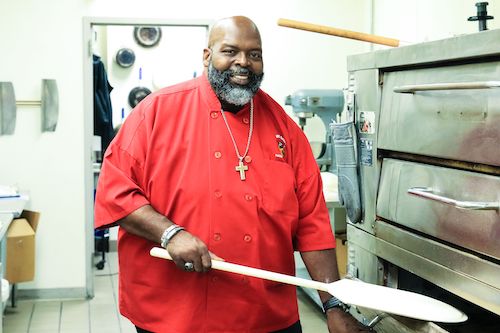 A watch party was held at Blues, Bourbon and Brews for Dwayne Thompson aka “Big Daddy” as he appeared on Hulu’s original series ‘Best in Dough.’ (For the Reporter/Dawn Harrison) 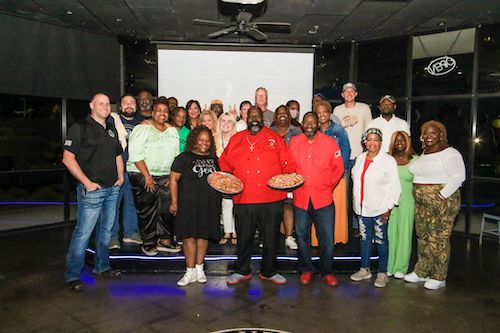 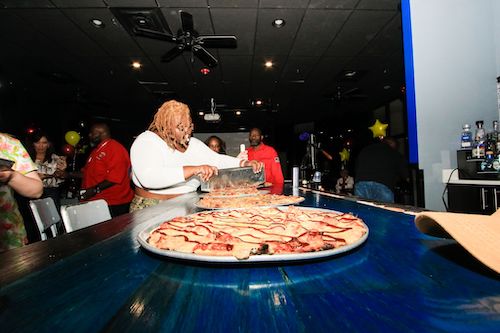 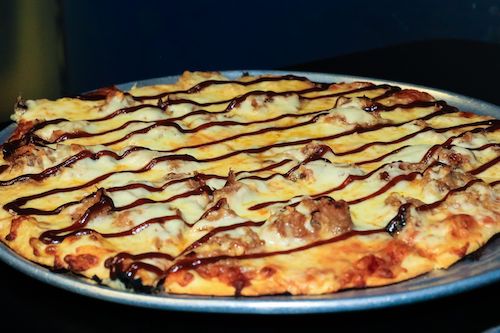 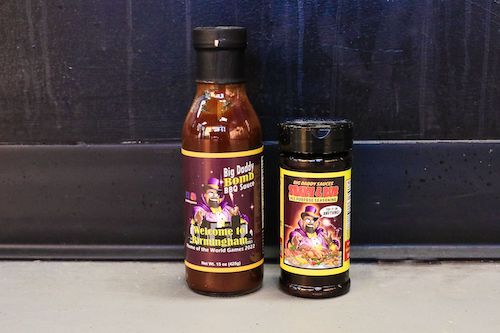 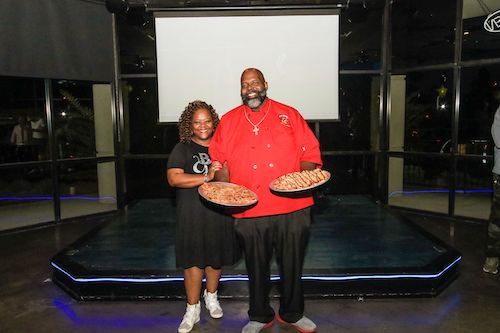 PELHAM – Dwayne Thompson aka “Big Daddy,” a larger than life personality with a talent for cooking, was recently featured on the Hulu original series ‘Best in Dough.’

Thompson held a watch party to celebrated his series feature at Blues, Bourbon and Brews on Wednesday, Sept. 29.

Thompson is a chef who has his own line of sauces called Big Daddy Bomb BBQ sauce and hopes that those watching the show will see his humor shine through, as well as appreciate his cooking.

“The personality part is coming from New Orleans. There are a lot of chefs that are on TV,” Thompson said. “There are these big lifelike over the top personalities that really carry them. I have also dabbled into radio and TV and this is what I want to do.”

Thompson applied for ‘Best in Dough’ in 2021, and shot the show last year in Burbank California.

“The casting director said ‘I think they’re going to love you,’ and in about two weeks they called and gave me the good news that I would be on the show,” Thompson said. “I knew they liked what they heard.”

Thompson’s specialization is barbecue, but he knew he could rise to the challenge of making pizzas.

“Because it was pizza, it was kind of out of my wheelhouse,” Thompson said. “But my sauce had been utilized in a couple of places.”

Blues, Bourbon and Brews uses the Big Daddy Bomb Sauce on the bourbon chicken pizza and the sauce has also been used on pizzas in the Pelham located pizzeria, Buck Creek Pizza.

Thompson said he takes great pride in being able to represent Alabama on such a big platform.

“To represent Alabama on a national stage on a streaming platform is an honor and pleasure,” Thompson said. “Although I am from New Orleans, I have been here (Alabama) 17 years since Hurricane Katrina.”

Thompson said he is happy with the response he has received.

“It is kind of surreal,” Thompson said. “It is amazing because of the response. You feel one step closer to your goal.”

Thompson said he has big goals for his episode of ‘Best in Dough.”

“We are trying to make it the most viewed episode of the show,” Thompson said. “For recognition, not only for Alabama, but also for myself-for people to see that this is something I take seriously and something I really like to do.”

Thompson said he has always loved to cook.

“When I was growing up, my mom worked two jobs,” Thompson said. “I started dabbling in the kitchen as a youngster making her breakfast. It grew from there to something you can kind of make money doing on the side of the road. It kind of faded away, Katrina happened. I was cooking outside of night clubs, and that’s when the whole sauce and seasoning started.”

“Once the pandemic hit, I had to find a way to create income,” Thompson said. “So, the plan was to start catering. People started loving my food again, and everything I cook with has my sauce and my seasoning in it.”

Thompson said he feels as though he has achieved so much, but he still has more he would like to accomplish.

“This is the first step,” Thompson said. “The final step would be my own show. That would be the full circle dream. But you can see the end of the street from here, this has been a seven-year journey. I started the sauce seven years ago.”

Thompson said he is excited for people to see the show and is happy to provide an opportunity for others to watch the show through the watch party he has hosted.

“I am excited,” Thompson said. “The show has been streaming, and I wanted to make an opportunity for people who don’t have Hulu to see it. This night really was about the family, friends and coworkers to sit down and share from an intimate setting and say, ‘Thank you.’”

Thompson lives in Alabaster and loves to represent it, but said he loves to give a nod to the Shelby County and greater Birmingham area whenever he can.

“I am trying to mention Alabaster and Birmingham too,” Thompson said. “My heart is in Shelby County.”

Thompson’s episode of ‘Best in Dough’ can be streamed through Hulu, and his barbecue sauce can be found at Facebook.com/bdbbsauce.