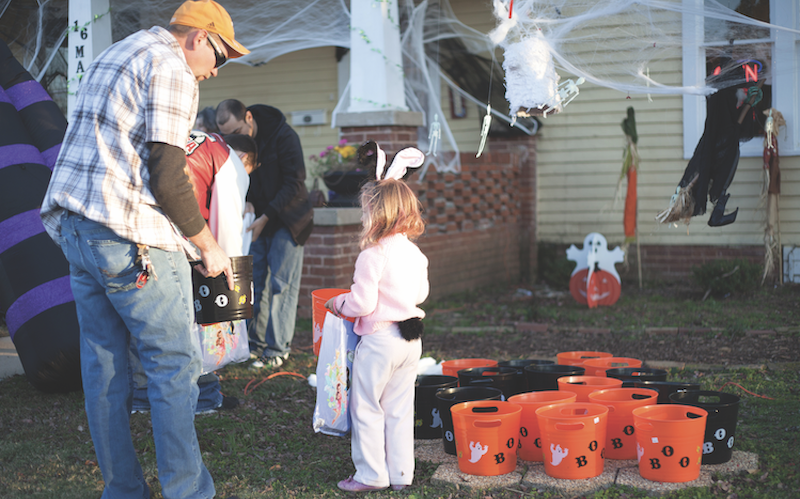 Watching out for children this Halloween (File)

Halloween is probably one of the best times of the year, especially when you’re a kid. Getting to decide who you want to become for one night a year, picking out the best trick or treating route with the king-sized candy bar or getting the nerve to go into the haunted house like Sloss Furnance is a lot of pressure for the average kid. Well, now both parents and kids have to be weary this Hallowseve with the rise of brightly rainbow-colored Fentanyl pills being given as candy.

Questioning candy is not something new that parents have had to deal with, this is an unfortunate occurrence that has been dealt with for decades. I am pretty sure we all heard stories of people putting needles and blades into candy bars during the 70s and 80s as a cautionary tale to warn parents. I can remember many late Halloween nights when my parents and parents’ friends would look through our candy to make sure it was safely wrapped and untampered.

The Drug Enforcement Agency released a statement ahead of October warning parents to be aware of this new drug trend currently plaguing 18 states and continuously growing. The DEA classifies the drug as a synthetic opioid that is 50 times more potent than heroin and 100 times more potent than morphine.  According to the press release “just two milligrams of fentanyl, which is equal to 10-15 grains of table salt, is considered a lethal dose.  Without laboratory testing, there is no way to know how much fentanyl is concentrated in a pill or powder.”

“Rainbow fentanyl—fentanyl pills and powder that come in a variety of bright colors, shapes, and sizes—is a deliberate effort by drug traffickers to drive addiction amongst kids and young adults,” said DEA Administrator Anne Milgram about the latest drug trend. We are seeing an increase in the presence of the sweet tart-looking drug ahead of the most candy-filled day of the year.

My goal is not to terrify parents this Halloween season because I love Halloween, but it is better to be in the know than not know anything at all. As a kid, I understood why my parents checked my candy because they had educated me on the importance of being aware of the world around me. It is unfortunate that we live in a world where we have to be wary of things like these Fentanyl drugs.

This Halloween is not just the year to be extra cautious of candy, it is best to always make sure that it is safe. The best thing to do is avoid candy that is not individually wrapped, candy that can easily be unwrapped and wrapped, and unfortunately candies like Nerds and Sweet Tarts due to the rise in the Rainbow fentanyl.