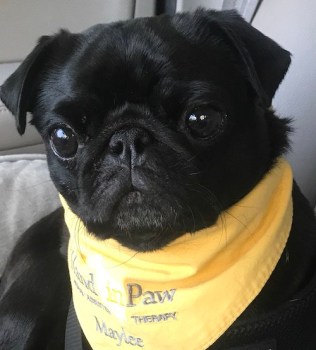 Pugs and Pumpkins is an event held for pug owners to show their love for the dog breed and mingle at Oak Mountain State Park. (Contributed) 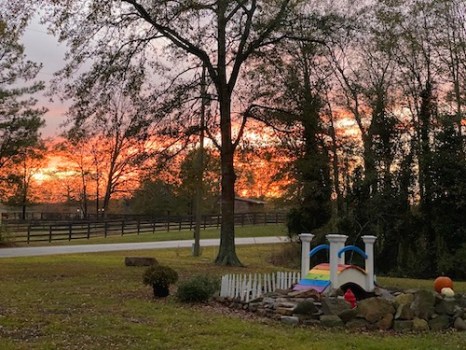 The rainbow bridge symbolizes pets who have passed away and wait on the other side of the bridge to meet their owners. (Contributed) 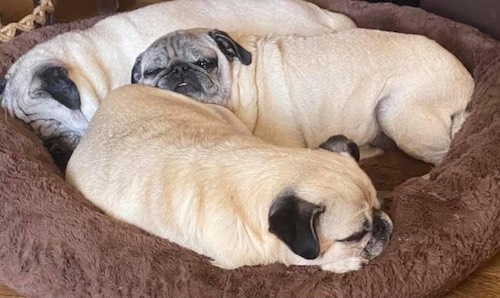 PELHAM – It is the time of the season to see cute pugs and enjoy the festivities.

Pug and dog lovers alike have an extra reason to celebrate the season this October. A special Pugs and Pumpkins event is set to take place at Oak Mountain State Park at the end of the month.

Pam Strange, the founder of Alabama Pug Rescue, said she has rescued the breed for 25 years.

“This year’s event is to celebrate the people and their pugs who have adopted from us as well as some of our current very special rescues,” Strange said. “While this event is a celebration of the breed, we invite all well-behaved dogs to attend.”

Strange said the first ever Pugs and Pumpkins event occurred in 2005.

“We decided to do this to celebrate rescues and educate the public,” Strange said. “All of the volunteers made it happen.”

Pam said the very first event that Alabama Pug Rescue put on was the Pugs on Parade event, and the organization has grown significantly since then.

“It was Pugs on Parade,” Strange said. “It was a way to celebrate our rescue, and as we grew as a rescue organization, there was a need for more fundraising. Pugs on Parade was our only fundraiser, and it was our largest one. We started doing a fall event as a precursor to Pugs on Parade. This became such a success that we have tried to have a fall event every year.”

Strange said she wants to recognize everyone who has been a part of the foundation and worked with her throughout her years doing this event.

“This year, while it is a celebration of rescue, I also want it to be about all the people we have crossed throughout the years,” Strange said. “We have done this for so long and people who have been a part of this organization have remained a part of it. We are a very close-knit group.”

Strange fosters all the dogs in her own home.

“We decided to do what we can do,” Strange said. “So, my husband and I foster all the dogs, and we have had it (the house) adapted for all the pugs who need to be in wheelchairs and we have ramps instead of stairs. It is kind of our life story all in one.”

Strange has a rainbow memorial set up in her front yard to honor the lives of pets who have passed away.

Strange said this is a heartfelt story that serves as a great analogy for pets who are no longer here and have passed.

Strange said she has always had a passion for pugs.

“Few people get to live out their passion and I have been fortunate enough to do it,” Strange said. “They (pugs) are just an incredible breed.”

This event is a celebration of pugs and not an adoption event.

More information about the Pugs and Pumpkins event can be found at Alabamapugrescue.org.