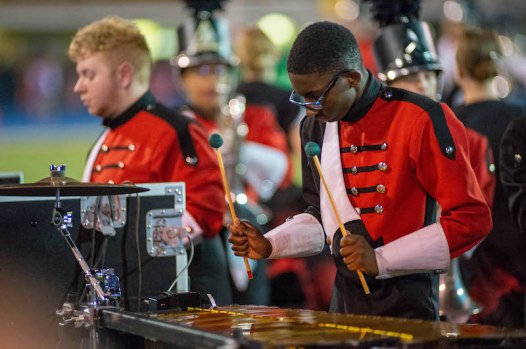 The Marching Southern Sounds from Thompson High School performed on Oct. 1 at the 24th Annual Covered Bridge Marching Festival in Oneonta and received the “Sonny Tolbert Award for Excellence,” for receiving straight superior ratings in all categories. (Contributed) 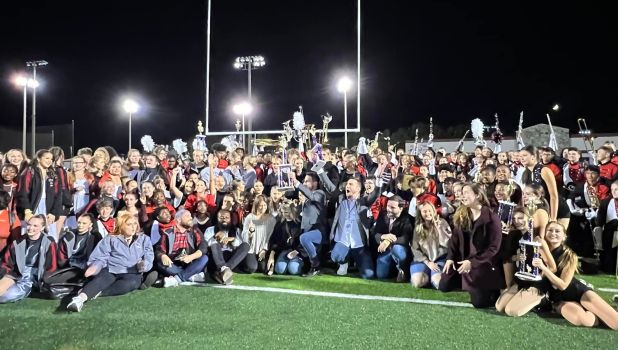 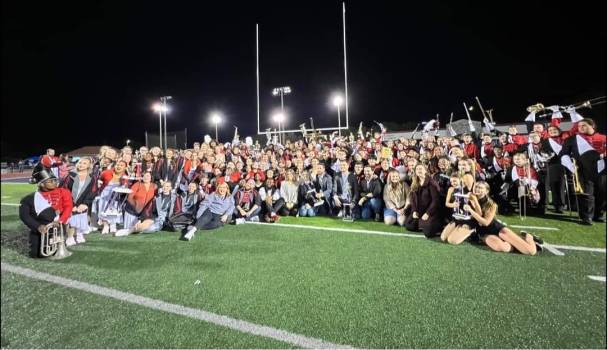 ALABASTER – The Marching Southern Sounds from Thompson High School performed on Oct. 1 at the 24th Annual Covered Bridge Marching Festival in Oneonta and brought home superior ratings for their performance.

“I was absolutely thrilled with their performance,” said THS Director of Bands Graham Bennett. “The entire staff could tell that they were ready from the moment they played their first note of warmup. These students have worked so hard since the end of August on the 2022 production, and this was an amazing moment to commemorate their hard work.”
The MSS received superior ratings in every category including band, drum major, percussion, color guard, dance and majorette.

The band also received the “Sonny Tolbert Award for Excellence,” for receiving straight superior ratings in all categories.

There were also two perfect scores of 100 earned by the drum majors and dance team.
For the first year in this award, the MSS received the “David Bearden Award for Most Entertaining Band” in class AAAAA.

Bennett said there are about 200 performers in the MSS this year, and roughly 100 parents, ACS employees and more who attended the competition in Oneonta this weekend.

“The support from the community of Alabaster is unmatched,” Bennett said.

Prepping for the competition involved practicing 3 to 4 days a week for nearly two hours a day after school.

“They also perform at every varsity football game at home and away,” Bennett said. “Prior to these practices, the students practiced two (some three) weeks straight, learning all of the required production materials. Their dedication to this program is absolutely amazing, and the parent/community support is truly special.”

Bennett said a favorite moment for him from the experience at the competition was seeing the look on the student’s faces at the last note of their performance when the entire Oneonta crowd jumped to their feet in applause.

“I will never forget the emotion that those students had at that very moment when they locked into that last show set at Oneonta High School,” Bennett said. “I knew at that moment that every student realized what an amazing performance they had just delivered and they felt the true exhilaration and enthusiasm from the crowd.”