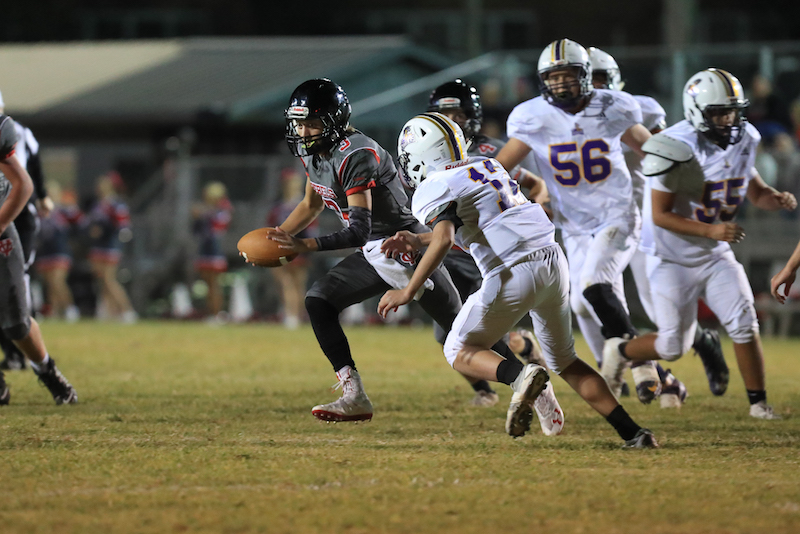 The Cornerstone Chargers will hope to get back to the playoffs during the 2021 season thanks to a team that has been together for several years. (File)

The Chargers (4-2 overall) overwhelmed Trinity early and then cruised to the win. The visitors led 50-0 in the first half before allowing a point.

CCA used the lopsided win to rest some of its banged-up regulars, including quarterback Zeke Adams.

Adams scored on a 98-yard touchdown run early in the win but then was lifted for T.C. Sanders. Sanders scored two touchdowns and a 2-point conversion and “ran the offense very efficiently,” Coach James Lee said.

Jackson Long had an interception in the game, and Noah Schober and Logan Lightsey also excelled for the Charger’s defense.

Lee said he is bullish on his team’s outlook with two important region games coming up in the next two weeks before the Chargers finish the season against Bessemer Academy.

“I feel like if we play our game, we can be the best team in the conference,” Lee said. “We’re young and we’ve been banged up, but I think we’re progressing at a faster rate than we thought we would at this point. We feel like we’re right there.”

Lee said continuing to mature will be the key to finishing the season how Cornerstone wants.

“They have bought into what we’re trying to do offensively and defensively,” he said.