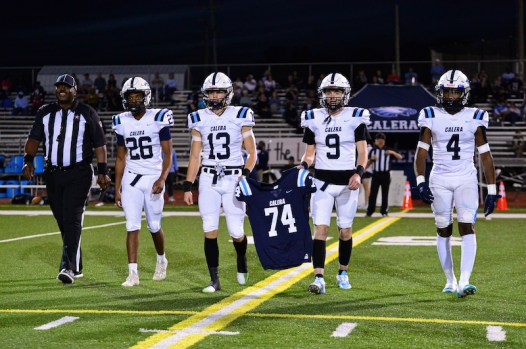 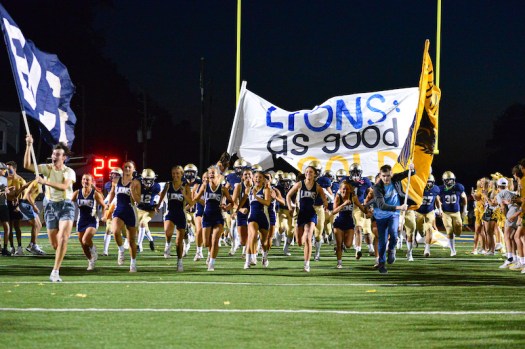 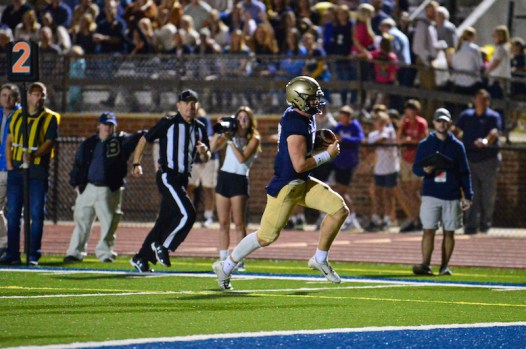 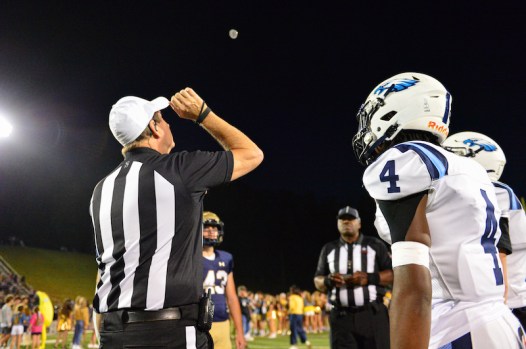 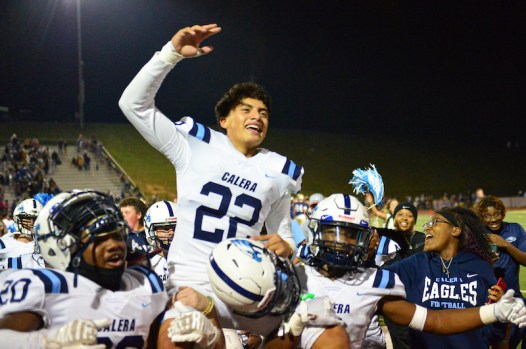 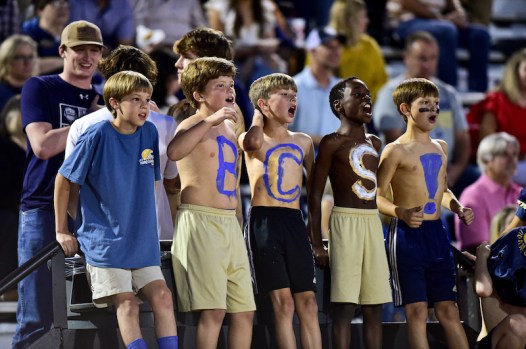 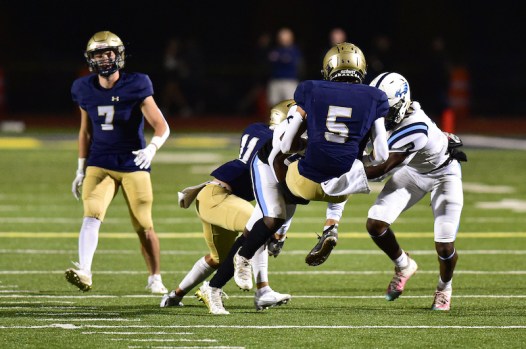 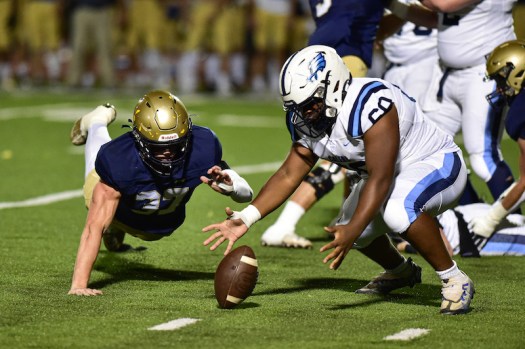 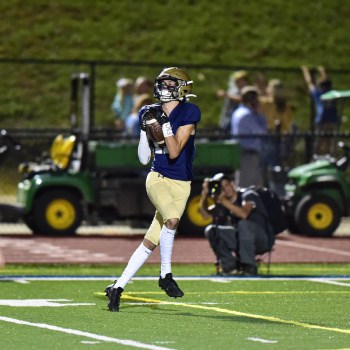 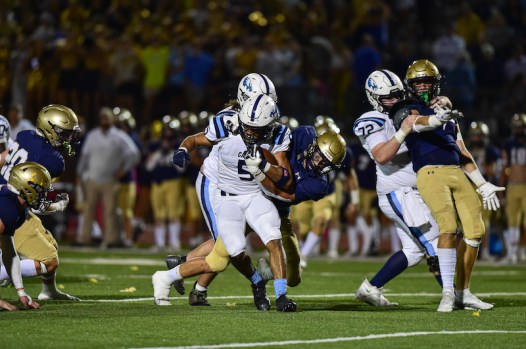 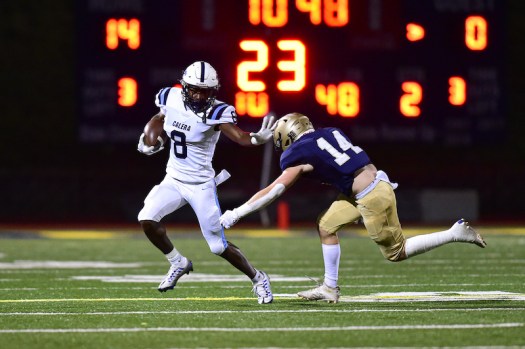 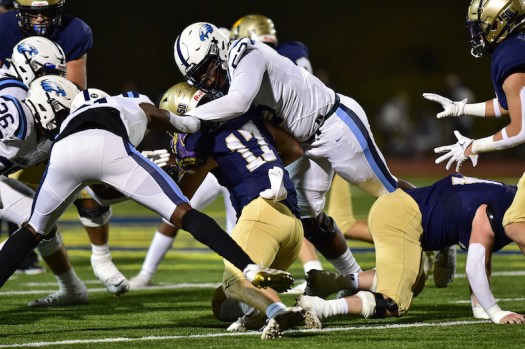 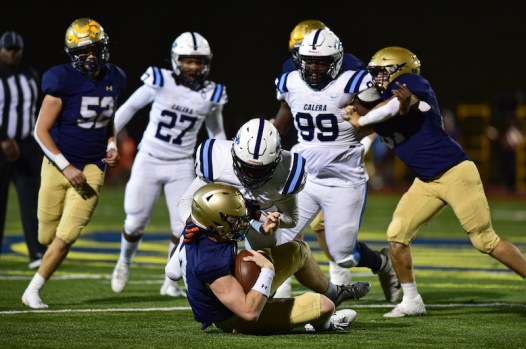 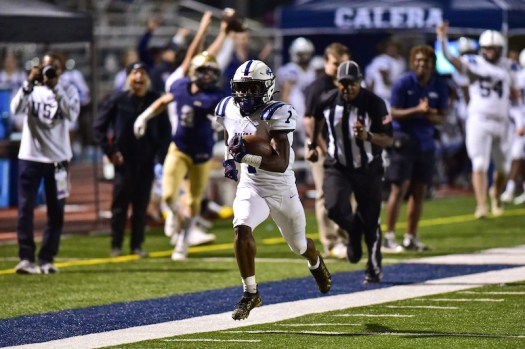 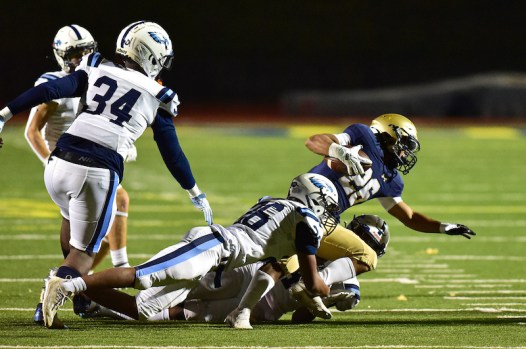 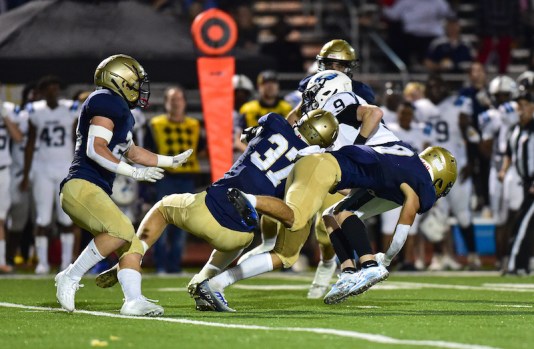 NORTH SHELBY – It took multiple overtimes, but the Calera Eagles walked away from a county showdown against Briarwood on Friday, Oct. 7 with a thrilling region win that ended with kicker TJ Hernandez hoisted in the air by his teammates.

The Calera kicker booted through the game-winning field goal in triple-overtime to give his team a crucial 31-28 region win.

“We just got off to a rough start to start the game,” Calera head coach Jason Hamlin said about the Eagles’ performance. “I think once we calmed down, we played pretty good on both sides of the ball. I told them it would be a close game.”

In the last final full month of the season, Briarwood gained control early on in the first quarter and continued it throughout the first half of the game. Christopher Vizinna made some major power moves as he scored the first touchdown of the evening after an 11-yard run with five minutes remaining in the first.

Briarwood continued the momentum within the first quarter when Cace Reynold blocked a punt. Then, a one-play drive resulted in a touchdown on a 50-yard pass from Vizinna to Drew Mathe.

The Eagles made a comeback early in the second quarter of the game after falling into a 14-0 deficit. Calera’s Braylyn Farrington was the spark after catching a pass from Preston Stokes that he was able to take to the house for a 54-yard score.

That ultimately became the halftime score in a game that became a defensive battle.

That became key because it was the final score of regulation and ultimately forced overtime.

The Eagles had an opportunity toward the end of the game to lead by a field goal, but it fell short and missed. Hernandez, however, had his moment shortly after.

Briarwood started the first overtime with Vizzina hitting Cooper Higgins over the middle for a 15-yard touchdown and a 21-14 lead.

Calera evened the score again with Stokes passing to Ka’Darrius Young for 10 yards.

Both teams scored a touchdown again in double overtime with Calera’s Daniel Brown scoring a touchdown on a 4-yard run and Vizzina hitting Brady Waugh for a 2-yard touchdown.

The Lions started the third and final overtime of the evening with possession of the ball, but Calera’s defense made its biggest play of the game with an interception.

That’s when they set up Hernandez for his shot at redemption, and he capitalized with a 27-yard field goal to win it.

“When we got to overtime, it’s like we’re just told everybody played for each other and find a way to win,” Hamlin said. ” I told our kicker after he missed that field into the fourth quarter that it’s going to come back to you, you’re going to end up having a kick the field goal to win the game. I guess I just spoke it into existence.”

Just a moment after his game-winning kick, Hernandez had the perfect movie moment as his teammates carried him off the field and his classmates surrounded him.

“The coaches were by my side, my team was by my side, and by them getting into the middle of the field was really just like another PAC, which is I’m 100 percent here for this,” Hernandez said about his game-winning field goal. “It’s exciting because we haven’t had the best season and we were switching things around tonight.”

With a few more weeks left of the season, Briarwood head coach Matthew Forester is hoping to make improvements and learn from the loss against Calera to finish off the 2022 season on a high note.

“We’ll have a lot of guys continue to step up and fight hard,” Forester said about Briarwood finishing up the season. “We’ll improve and get better, but there are just some mistakes that we can make that we’ve got to clean up and be better. The boys will respond and they’ll play really hard, so look forward to seeing their enthusiasm in their fight.”