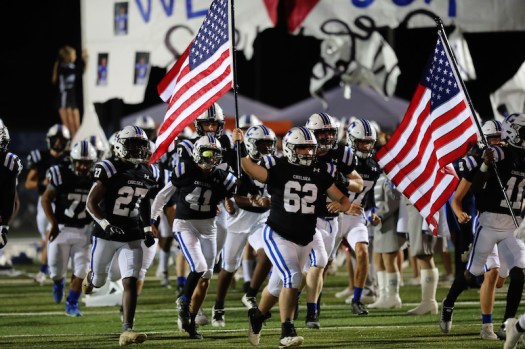 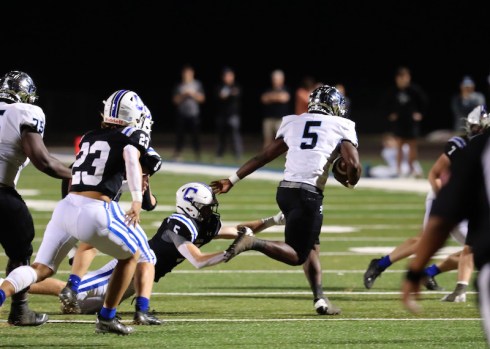 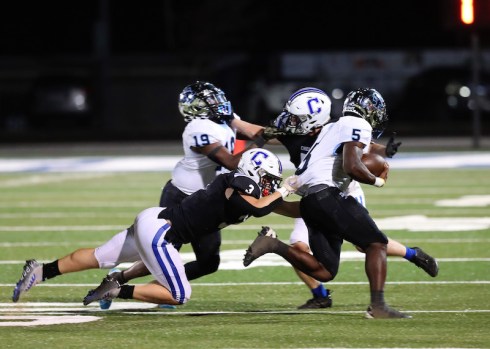 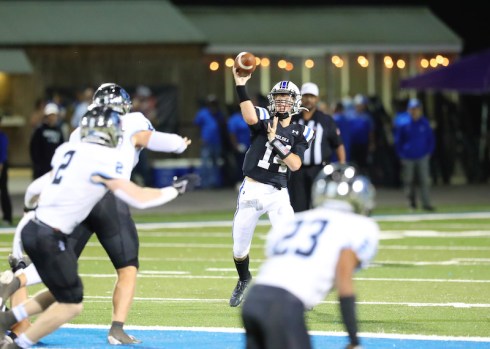 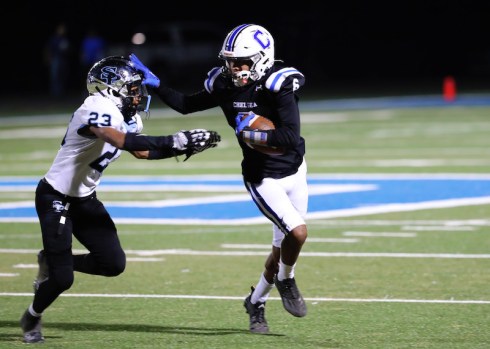 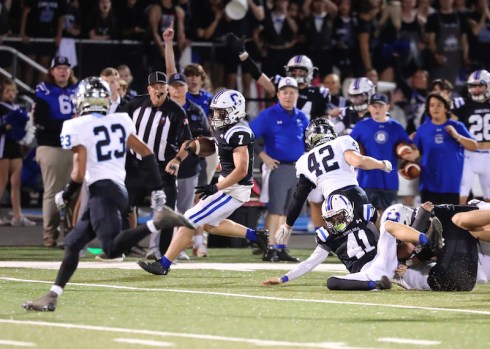 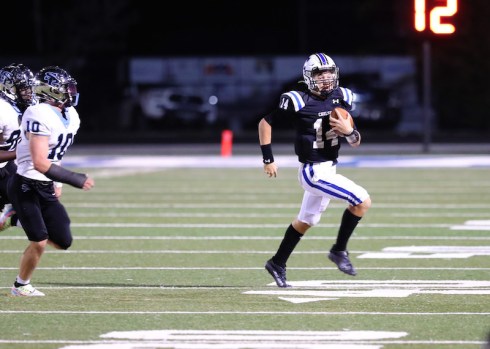 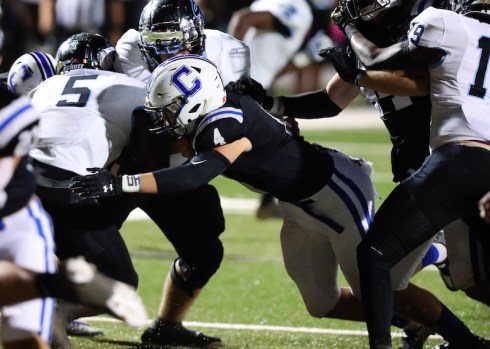 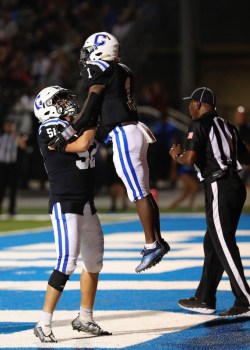 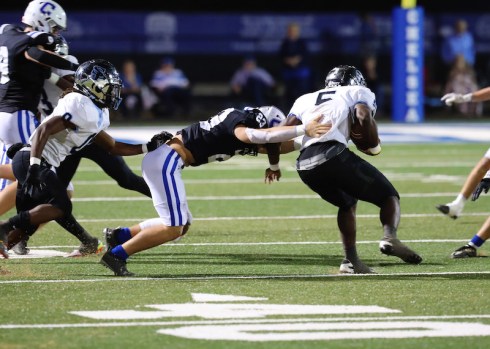 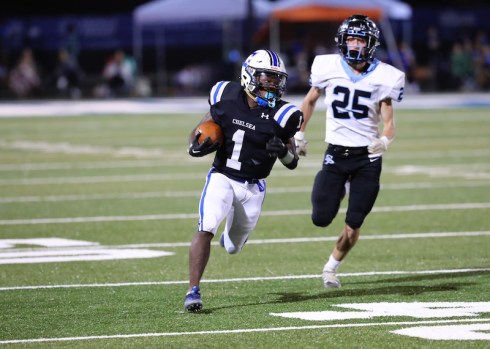 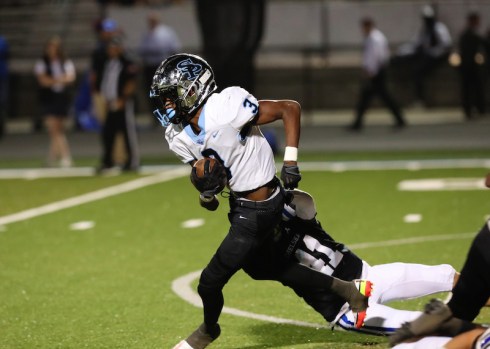 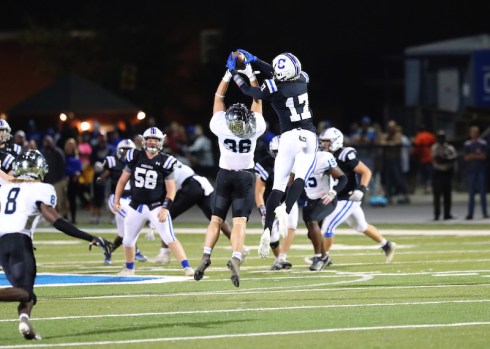 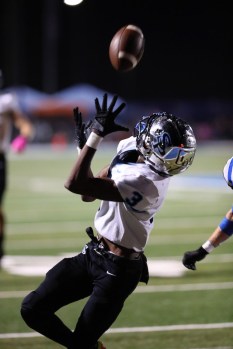 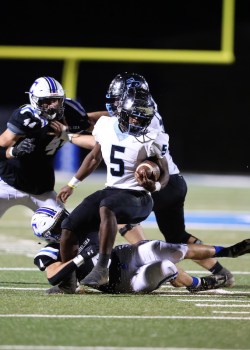 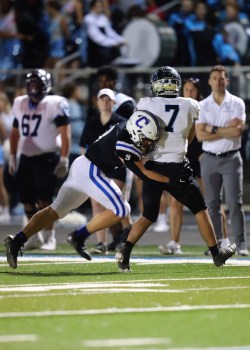 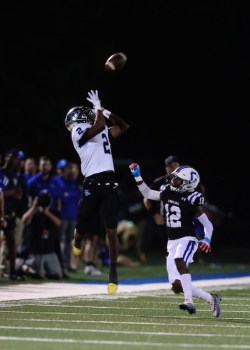 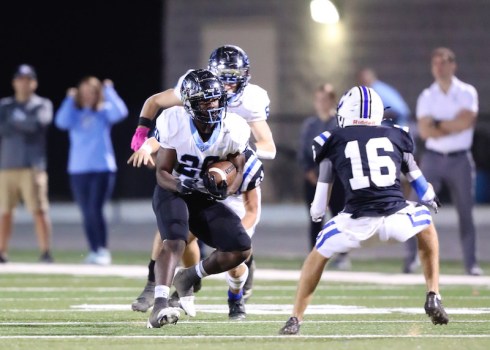 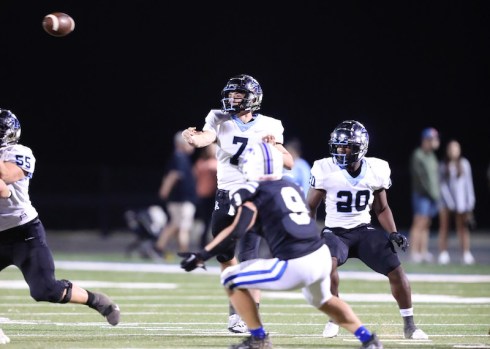 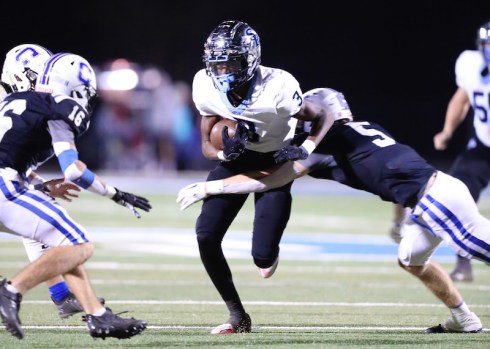 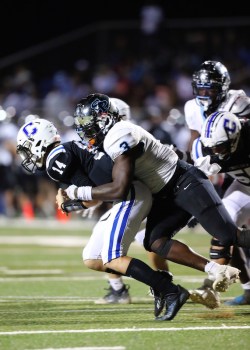 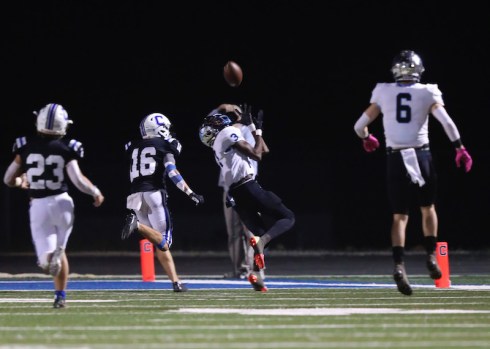 CHELSEA — The Spain Park Jaguars crashed the final home game for the Chelsea Hornets seniors and took a 35-21 win Friday night in Chelsea in a battle of the first-year head coaches.

“Our kids made plays, we’re proud of them, you know, we love on them,” Spain Park coach Tim Vakakes said postgame. “It’s been a tough season, hasn’t gone as we planned, but sometimes, life don’t, you know? And we’re not going to give up on our seniors, we’re gonna ride right there with ‘em, and hopefully, we can keep this thing going.”

After a Dakarai Shanks touchdown just 32 seconds into the game, Chelsea tied the game up with a touchdown pass to Jydarian McKinney midway through the first quarter.

The Jaguars responded with a touchdown off a shovel pass to Shanks.

Now up 14-7, Spain Park allowed Chelsea to convert a short third down with an encroachment penalty, and two plays later, Emerson Russell found the end zone to tie the game. Russell got his second score of the half with just over five minutes left in the 2 nd quarter to give Chelsea a 21-14 lead.

The Hornets looked poised to go into the locker room with the lead, but Shanks had other plans as he got his second touchdown of the first half as well to tie the game at 21.

After the break, Evan Smallwood exploded on the Jaguars’ first drive of the half with a 58-yard quarterback-keeper touchdown.

“I think our quarterback, Evan Smallwood, made some really good plays,” coach Vakakes said. “You know, it was just a fun game to watch, you know, there’s a lot of points scoring and just a lot of momentum shifts, but our kids just kept playing and didn’t get down on each other and just kept
swinging.”

Now up 28-21, Spain Park would keep the lead for the rest of the game despite two fumble recoveries from the Hornet’s defense.

Jonathan Bibbs caught a touchdown in the corner of the end zone to cap off the scoring for the Jaguars early in the 4th quarter.

Spain Park ended the game with 444 yards of total offense, and on the defensive side, Jared Smith led the way with 4.5 sacks.

After the game, coach Vakakes took the time to predict Chelsea quarterback Carter Dotson would be a “very good quarterback for them, next couple of years,” and acknowledge Chelsea coach Todd Cassity’s efforts as a fellow first-year coach trying to build up a program.

“You know, Coach Cassity and us, we’re kind of in the same boat, first year for both of us, and he does a great job, he’s a really good guy, and they’re on the way up, there’s no doubt,” coach Vakakes said.

Coach Vakakes also hoped to use the win to get the momentum moving in the right direction.

For Chelsea, the offense improved over their last few showings on the scoreboard, but zero points in the second half allowed Spain Park to capitalize.

The Jaguars host Hewitt-Trussville next week in search of back-to-back wins for the first time this season and the Hornets will finish the season on the road at Hoover and Hewitt-Trussville.