Wildcats Shut Out at Selma 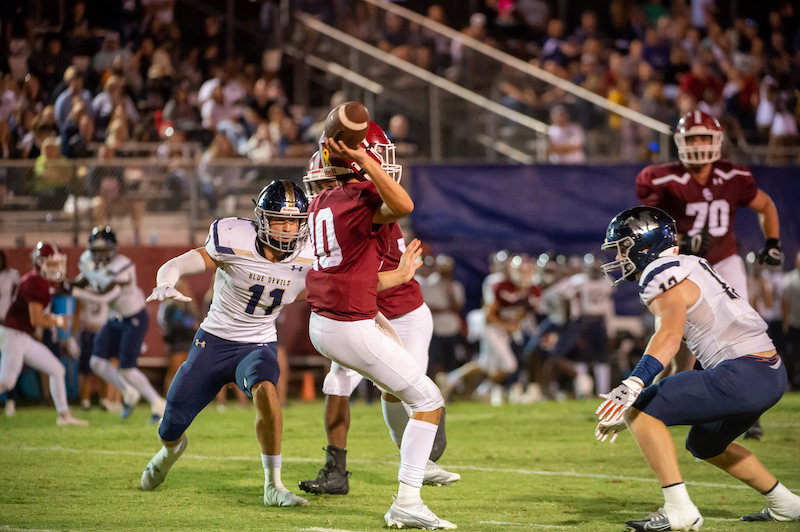 Shelby County's senior night ends with the Wildcats' losing to Woodlawn in a 31-7 blowout. (File)

By CHRIS MEGGISON | Special to the Reporter

SELMA – Shelby County was shut out 29-0 at Selma High School’s Memorial Stadium on Friday night in its second game of a four-game road swing.

The Wildcats were held to 176 yards. Selma’s offense struggled early also but carried momentum out of the gate with a 70-yard touchdown by freshman Omari Smith on the opening kickoff.

A 2-point conversion made it 8-0 with only 15 seconds off the clock. Selma (6-2) led 8-0 at the half, as both offenses were scoreless through the first three quarters.

Each team had sustained drives in the second quarter, but penalties held the Saints at bay, while the Selma defense stood strong against the Wildcats.

Saints quarterback Marcus Walton extended Selma’s lead, 14-0, with 10:36 left in the fourth quarter. Four minutes later, Selma scored on a 90-yard run and a 2-point conversion to lead 22-0. A pick-six by DaKaari Nelson capped the night.

Travis Gupton from The Selma Times-Journal contributed to this story.