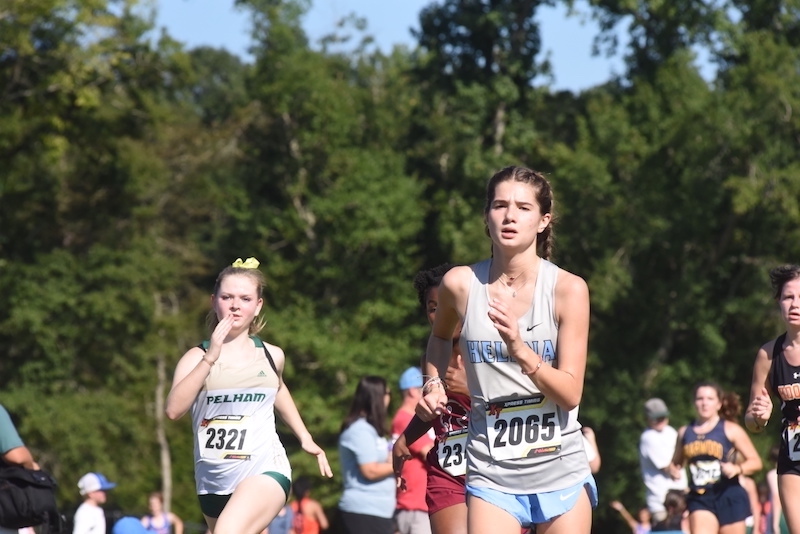 Helena held an invitational for over 80 runners that competed in the Saturday morning race held on Oct. 10. (Reporter photo/Lauren Sexton)

HELENA – The Helena Huskies and Shelby County Wildcats placed among the top five at the Helena Invitational on Saturday, Oct. 10. In addition to the Huskies and Wildcats, other Shelby County Schools such as Indian Springs and Montevallo participated in the event.

The Huskies placed first in the Boys 5000-meter run out of the seven that placed on Saturday. Senior Caden Blackman came in first place with a time of 17:13.71. Following Blackman in second place was Aspen Warren timing at 17:50.39.

Two more runners placed within the top five for the Huskies out of the 86 that placed. Drew Cook and Braden Burch came in fourth and fifth. Cook timed at 18:23.65, and Burch finished at 18:33.61.

Montevallo did not place overall, however, three runners placed in the top 75 for the Bulldogs. Aiden Glenn came in 64th, Nathan Gallagher placed 65th and Devin Colbert finished 70th.

Helena was the only Shelby County team to place in the Girls 5000-meter run. The Huskies placed third out of the five that placed in the race and had two runners place in the top 15. Junior Ashlynn Beery placed second with a time of 21:18.07, and Abigail Cory came in 14th timing at 24:21.89.

Indian Springs did not place in the event, however, Senior Elise Picard placed first out of the 65 runners who placed. Picard finished with a time of 19:41.13.