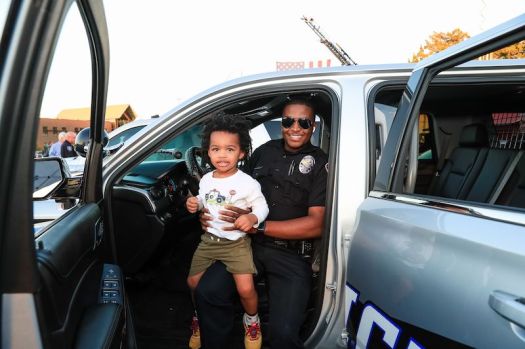 Pelham held National Night Out to connect the community to its first responders. (For the Reporter/Dawn Harrison) 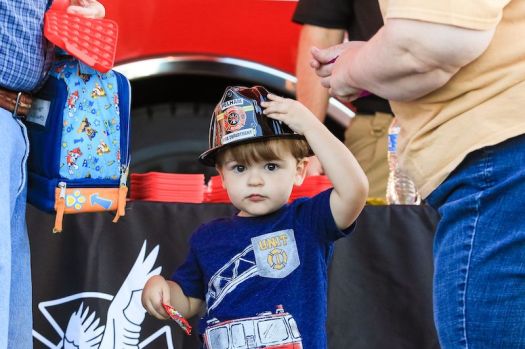 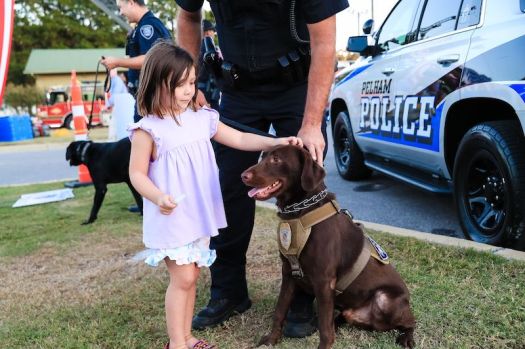 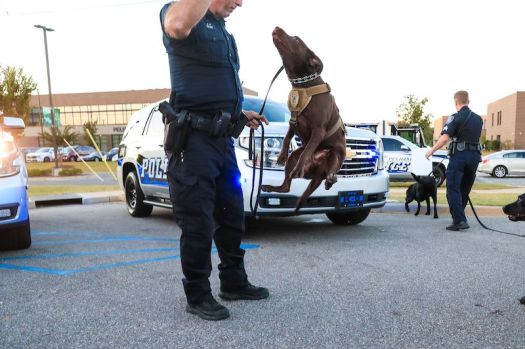 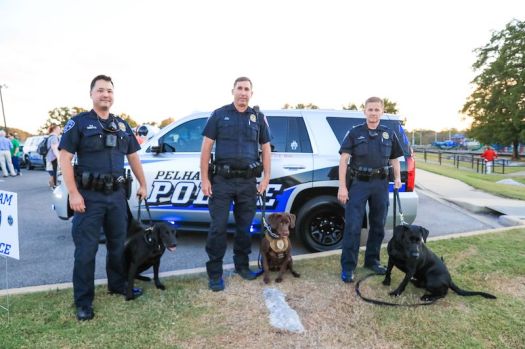 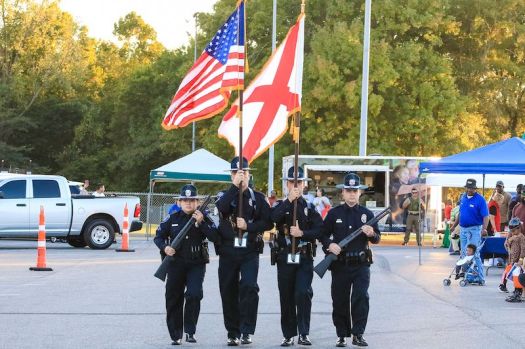 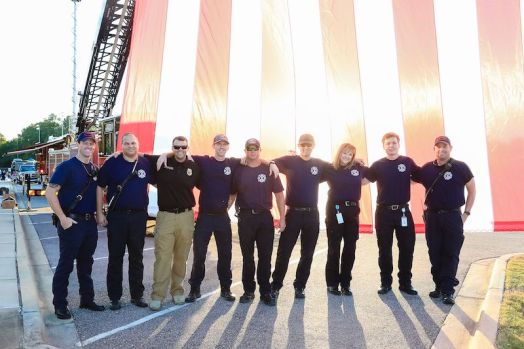 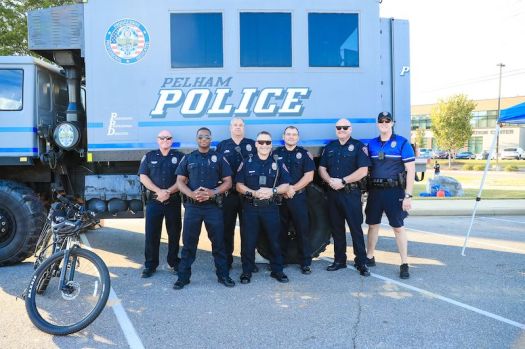 PELHAM – Many blue lights were flashing as lots of enamored children bustled around Pelham City Park on Oct. 4.

The city of Pelham held National Night Out to connect its citizens with its first responders on Tuesday, Oct 4.

National Alliance of Mental Illness was present, as well as the Matthew Blount Foundation, Community of Hope and Health Clinic and Safe House.

Radio stations 93.9 La Jefa and 93.3 The River were also present at National Night Out and playing the tunes of their stations.

“We have three dogs in the canine unit,” Tibbetts said. “(K-9 Thunder) lives with me and my kids. We work hard and we have a good time.”

“I feel this year was our best event ever,” Pelham Police Chief Pat Cheatwood said. “We had a great crowd along with great conversations, smiles and weather.”

Cheatwood said he enjoyed seeing residents of the Pelham community coming together.

“It is always great to see residents and children talking and laughing with real heroes of the community, our police officers,” Cheatwood said. “This is one of many ways that we engage our community throughout the year. This one has the most impact.”

According to Cheatwood, the first National Night Out was in 1984, so this is the 38th year for the event.

Cheatwood said his job is the best in the world, and knew at a young age that police work was for him.

“I decided at the age of seven to become a police officer,” Cheatwood said. “I think it is the best job in the world.”

Cheatwood gave words of advice to any kids who have dreams of entering the police force.

“I would encourage children who think they want to become a police officer to follow their dreams,” he said. “I did and I will never regret it. Ours is a noble profession and one of the most rewarding careers out there.”

Cheatwood said he hopes to see growth within National Night Out.

“I hope to see our event continue to grow,” he said. “And I hope that we can hire someone in the future, who was impacted positively as a citizen during the previous National Night Out.”

The Pelham Police Department is currently hiring, and more information can be found at Pelhamalabama.gov.