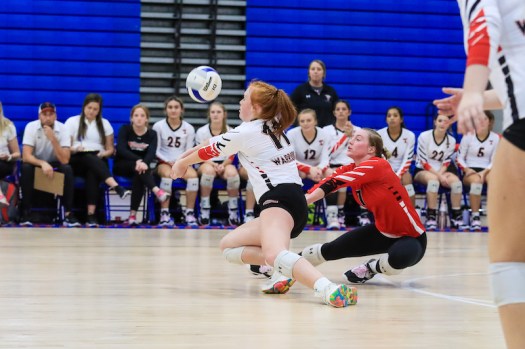 Thompson’s volleyball season ended on Wednesday, Oct. 12 after a tightly-contested match with the Hoover Buccaneers that went four sets. (For the Reporter/Dawn Harrison) 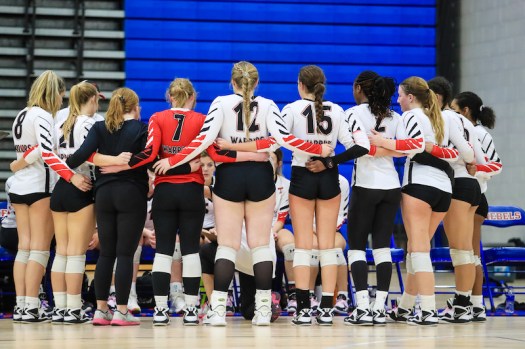 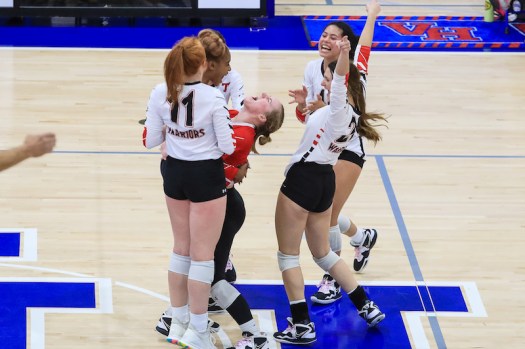 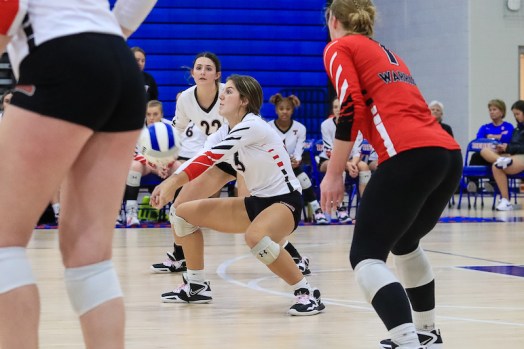 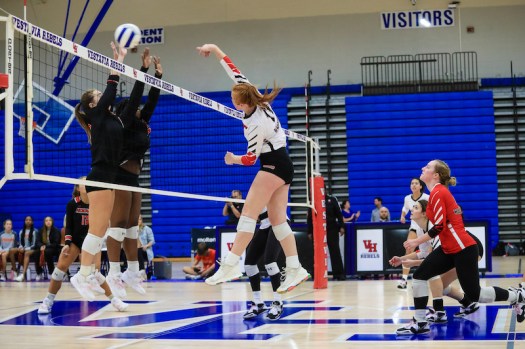 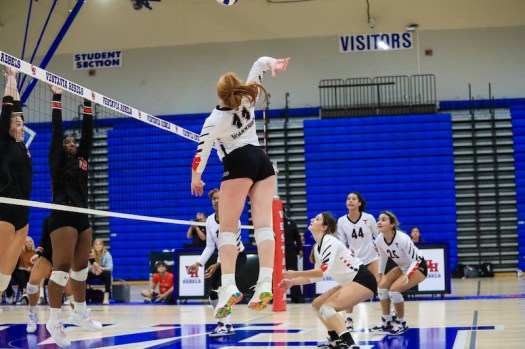 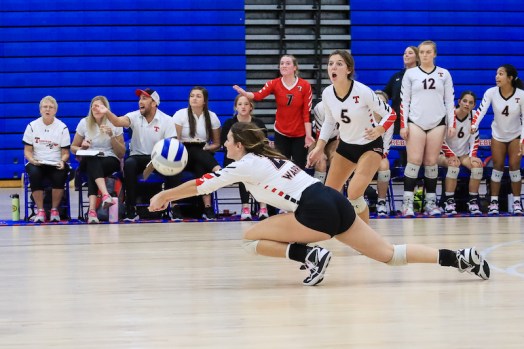 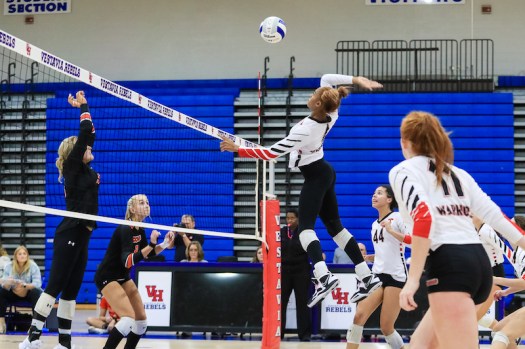 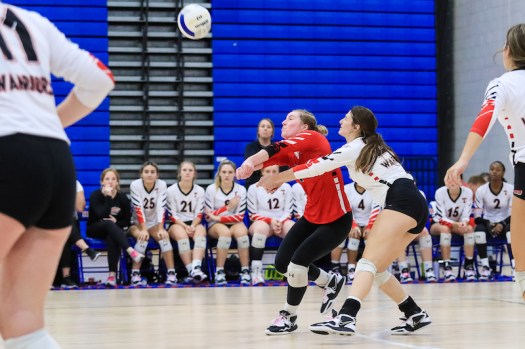 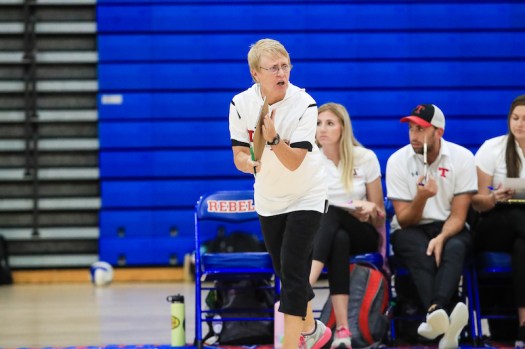 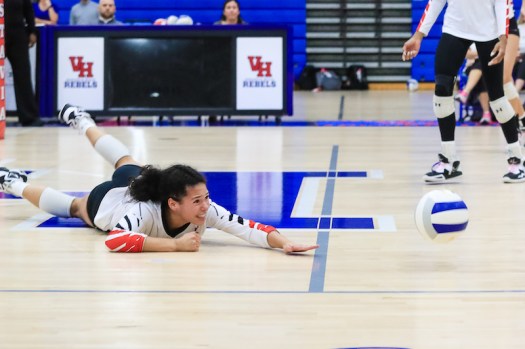 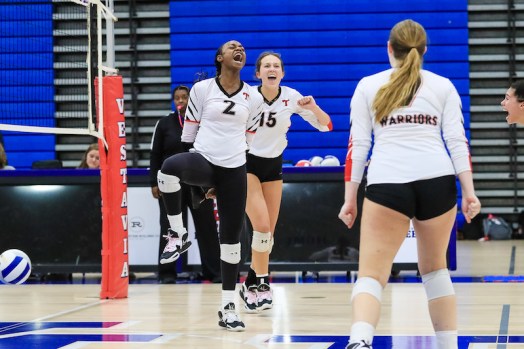 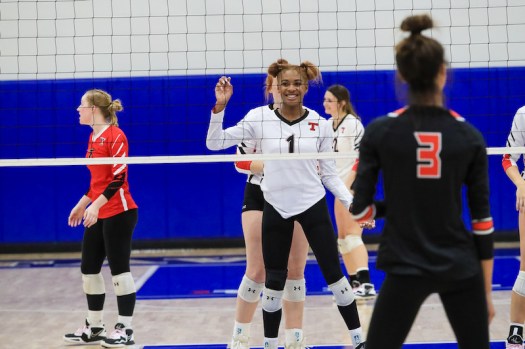 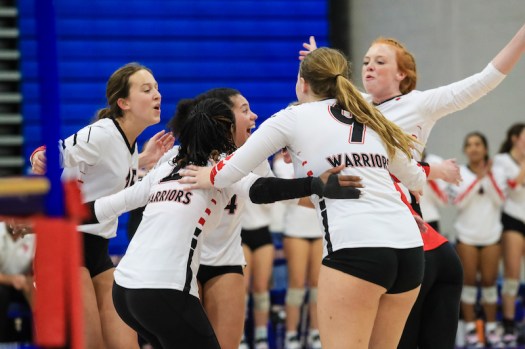 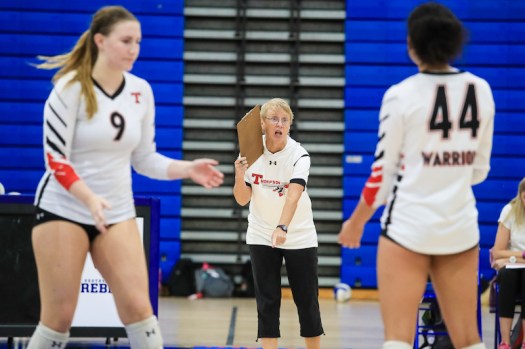 VESTAVIA HILLS – The Thompson Warriors got off to a promising start in the opening round of the area tournament against the Hoover Buccaneers, but an up-and-down season following last year’s historic run to the Final Four eventually came to an end against the No. 8 Bucs.

Competing at Vestavia Hills High School in the opening round of the tournament and in need of a win to advance to regionals and the area title matchup, Thompson got off to a dominant start in the first set of the match, eventually winning 25-13.

Thompson, who replaced a lot of talent from last year’s team, showed promise throughout the match despite the loss.

In the opening set, the Warriors took a tight first few points and started to create some separation by jumping out to an 11-6 advantage.

Hoover reeled it back in to 12-8 at one point, but the Warriors ultimately went on to take an eight-point advantage at 19-11 and never looked back en route to a 25-13 opening-set win.

In the second set, the Warriors jumped out to a 2-0 advantage, but a tight battle ensued from there.

But like Thompson in the opening set, the Bucs were able to create some separation with a five-point advantage that they maintained for much of the rest of the set to pick up a 25-20 victory and even the match at 1-1.

The big momentum change, however, came in the third set.

In the tightest set of the night, Thompson led by three for much of the set, including as late as 17-14.

But that’s when Hoover flipped a switch. Looking to avoid a 2-1 deficit, the Bucs responded with a 6-0 run that all of a sudden put them in front 20-17.

The Warriors didn’t let that momentum swing put them down for long, as they bounced back to tie the set at 21-21 and 22-22. After that final tie, however, Hoover put together a 3-0 stretch to finish off the set and take a 2-1 lead in the match.

With the season now officially down to the Warriors needing to win the final two sets, they came out playing like it in the fourth.

Thompson jumped up 4-1 quickly and led at 5-4 before Hoover tied it. Then, a long rally put the Buccaneers in front 6-5.

The Warriors, however, weren’t going to let the season slide by without a fight, and they bounced back to take a 12-10 lead.

But the Bucs were able to play more freely down the stretch thanks to the lead and ended the match on a 15-5 run from that point to pick up the 25-18 set victory and 3-1 match victory.