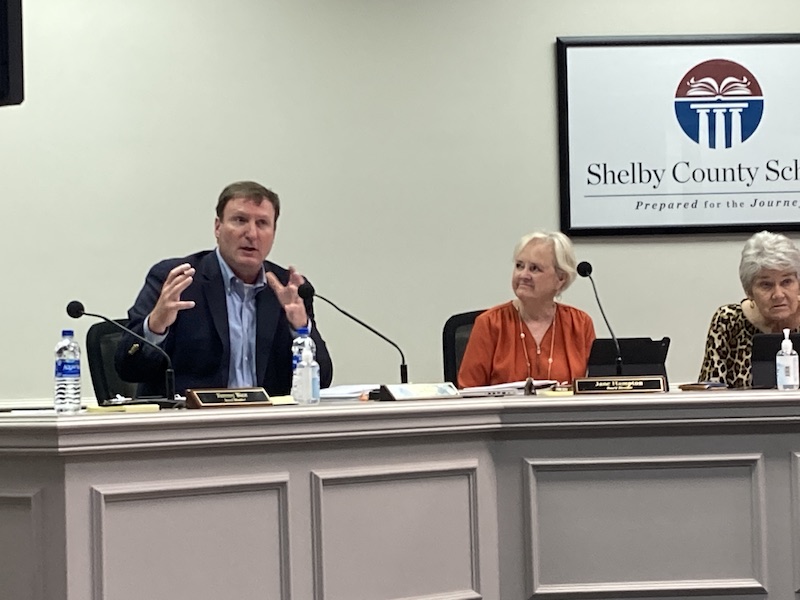 COLUMBIANA – The Shelby County Board of Education has finalized its budget for the 2023 fiscal year.

“This was a difficult budget, and it took a long time,” Assistant Superintendent of Finance John Gwin said. “We really feel good about this, that we have a good balance this year.”

Work on the budget began around January or February and took about a half of year of work to finalize, he said.

The Shelby County School District is projecting around $223 million in revenues and around $217 million in expenditures, with other fund sources totaling just over $4 million.

The ending fund balance is projected to be more than $44 million.

During the second budget hearing, Gwin provided a breakdown of system wide expenditures.

Forty-six Percent or $149 million of system wide expenditures go directly into the classroom, he said.

The remaining percentages were taken by administrative, operations, debit service and other.

“I know it represents a serious great deal of work, and we appreciate the tenacity with which you have attacked this,” Board President Aubrey Miller said.

The next Shelby County BOE meeting will take place on Thursday, Oct. 20 at 5 p.m. at the Central Office in Columbiana.

Those who wish to stay up to date with the Shelby County school system may visit its website at Shelby.k12.al.us.