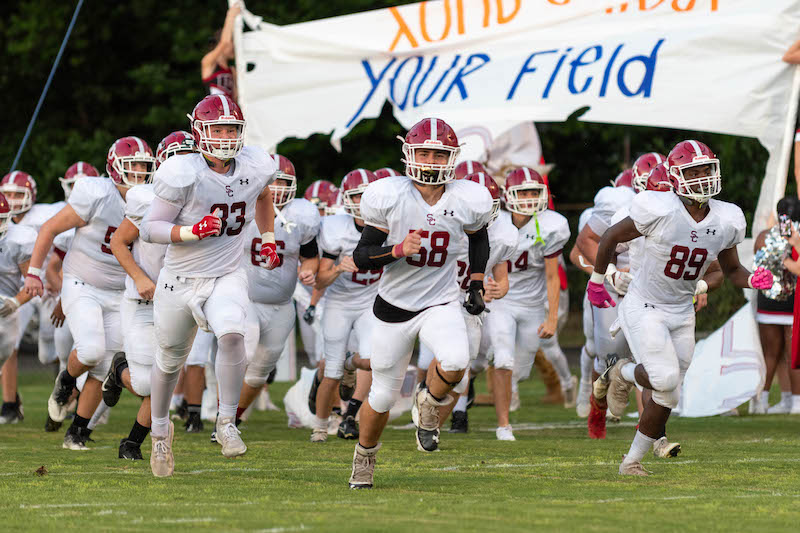 MARBURY—The Shelby County Wildcats had success on both sides of the ball Friday night, Oct. 14 in a game where victory would have meant a playoff spot—but the Wildcats fell to the Marbury Bulldogs, 35-14.

Marbury went up 14-0 before Shelby County’s Bradley Horton stretched across the goal line with about a minute remaining in the second quarter to cut the Bulldogs’ lead in half.

Two field goals later, the Bulldogs would lead 20-7 before the Wildcat defense took advantage of a Marbury fumble, returning it for a touchdown to arrive within six points of a potential comeback. That play occurred with 4 minutes remaining in the third quarter.

Marbury rushed for a TD with 1 minute on the clock in the third; a successful two-point conversion made the score 28-14.

In the fourth quarter, the Marbury defense put up some points with a pick-six with about 3 minutes left to play. The clock would run out before Shelby County was able to come up with an answer.

The Wildcats had 216 yards total offense for the evening, with 14 first downs. Horton led the team rushing with 92 yards.

Next week, the Wildcats travel to Rehobeth before facing Woodlawn in their final home game on Oct. 27. Both will be non-region games.