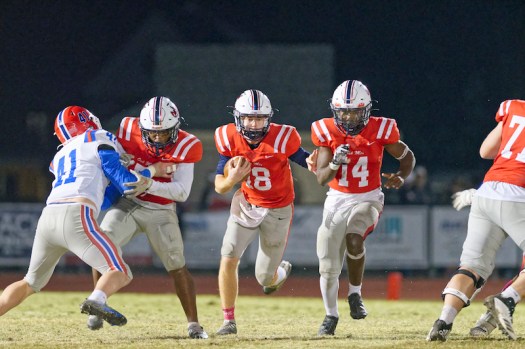 The Oak Mountain Eagles made things interesting in the fourth quarter of a matchup with Vestavia Hills on Friday, Oct. 14, but the Eagles ultimately fell 42-21. (For the Reporter/Barry Clemmons) 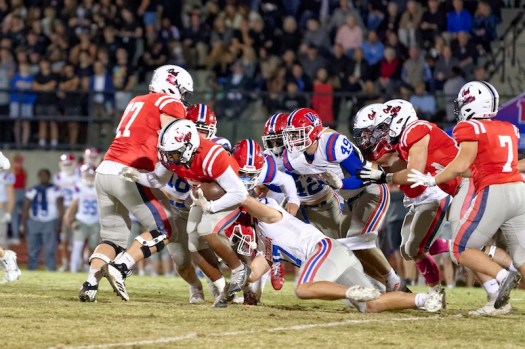 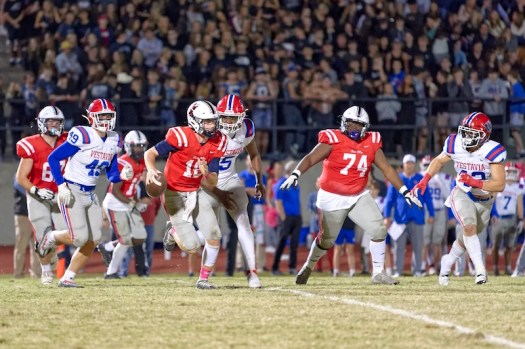 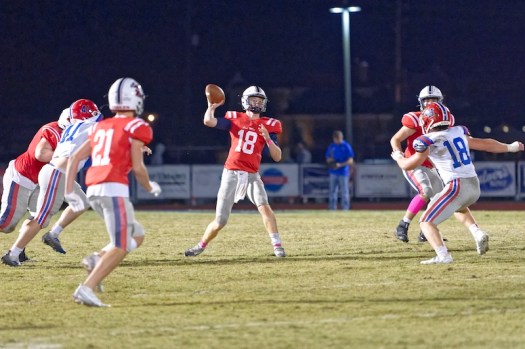 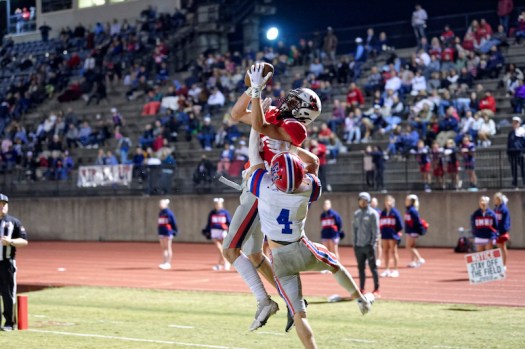 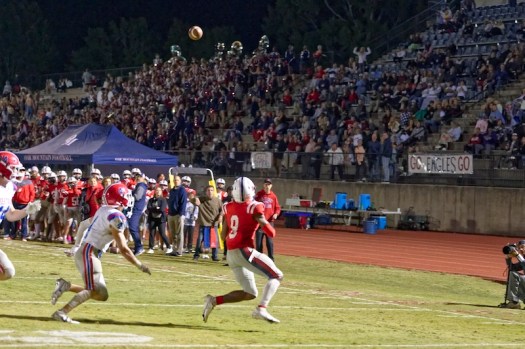 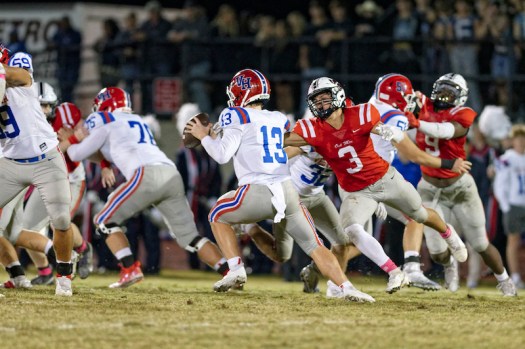 NORTH SHELBY – A 28-0 first-half deficit against Vestavia Hills was too much for the Oak Mountain Eagles on Friday, Oct. 14, as they dropped their seventh consecutive game of the 2022 season.

The Eagles responded from the 28-0 deficit with 21 points the rest of the way, but the Rebels added two more touchdowns to pick up a 42-21 road victory.

With the loss, Oak Mountain fell to 2-7 on the season after starting the season 2-0, while the Rebels remained alive for a spot in the postseason with the victory.

Similar to many games, Oak Mountain played well enough defensively for a while to stay in the game, but the Eagles had a difficult stretch that became costly.

Vestavia scored the first touchdown of the night very quickly thanks to a John Paul Head 25-yard touchdown pass to Tucker Smith to make it 7-0 just two minutes into the game.

It looked like that may be the only blemish for the quarter, but with 41 seconds left in the period, Head ran the ball in from 9 yards out to make it 14-0.

Then, in the blink of an eye, Head added another short rushing touchdown a minute later after the defense put them in good shape.

That made it 21-0, and the Rebels added one more six minutes later on a fourth touchdown of the half rom Head, this time from 4 yards out to make it 28-0.

The Eagles got on the board after that with a 17-yard pass from Will O’Dell to Sawyer Smith to stop the bleeding going into the half and make the score 28-7.

Needing a big start to the second half, the opposite happened for Oak Mountain when Head added his fifth total touchdown of the night and fourth rushing with 5:16 left in the third quarter to make it 35-14.

Oak Mountain responded with two touchdown passes from O’Dell in the span of 1:30 early in the fourth quarter.

Now within 14 points, the Eagles had some hope, but Vestavia put together a time-consuming drive that put them on top 42-21 with 1:42 remaining, ultimately finishing off the win.

O’Dell finished with 181 yards and three touchdowns on 15-36 passing, while he also added 103 rushing yards on 23 carries. Moss led the receiving unit with 74 yards, while Davion Foster added 61 yards and Smith had 27.

Defensively, Garrett Murphy finished with 11 total tackles, including two for a loss.