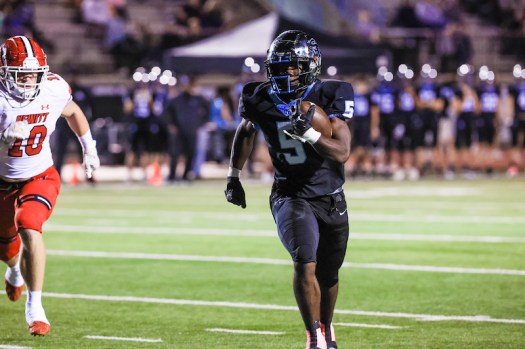 The Spain Park Jaguars fell to Hewitt-Trussville 35-10 on Oct. 14 after the Huskies scored 28 unanswered points in the first half. (For the Reporter/Dawn Harrison) 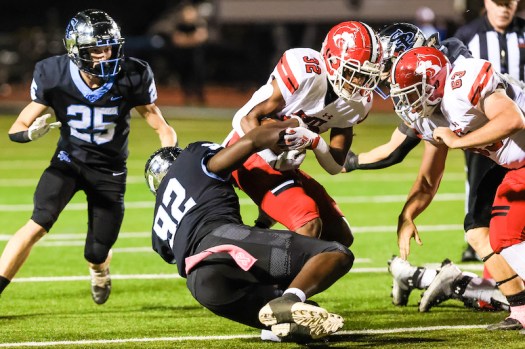 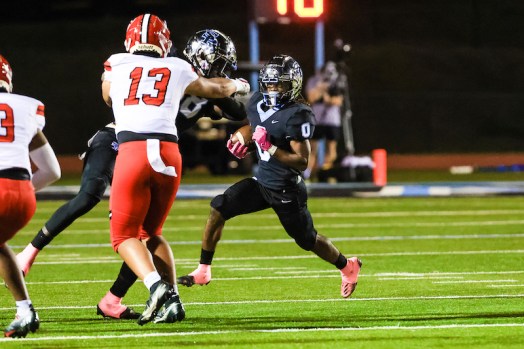 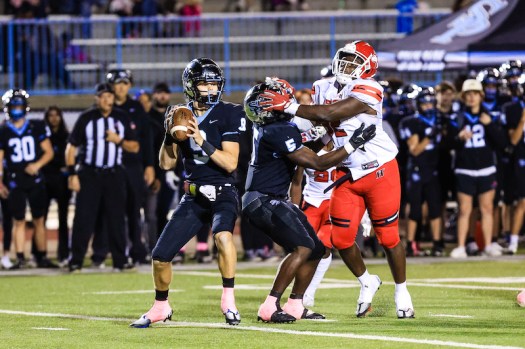 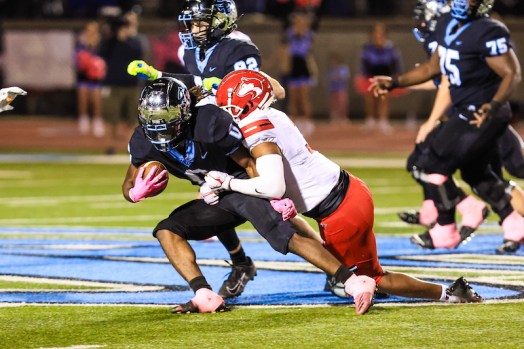 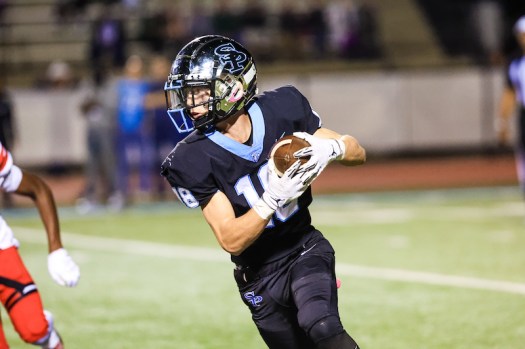 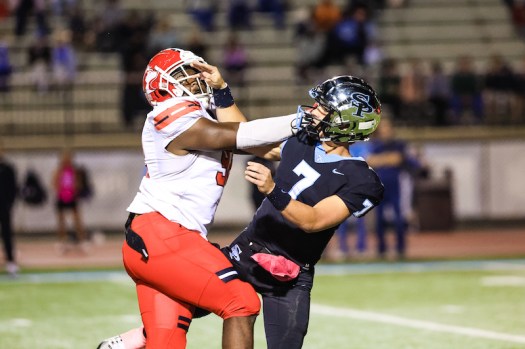 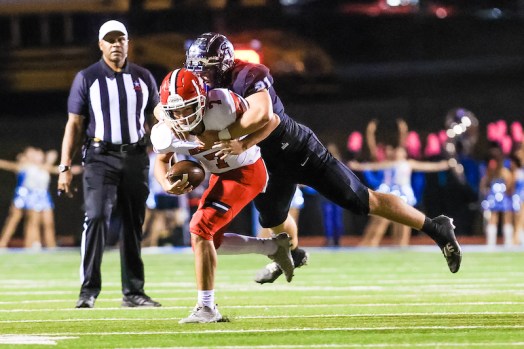 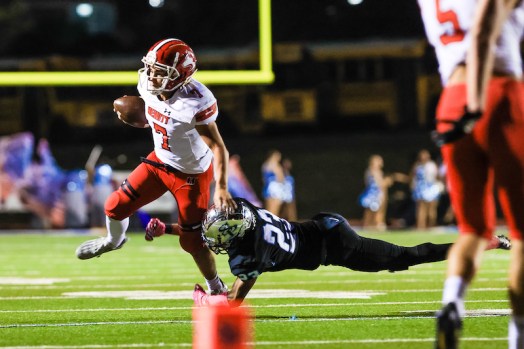 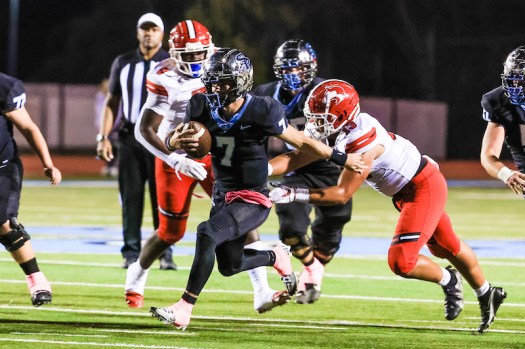 HOOVER – Following their second win of the season last week, the Spain Park Jaguars were rewarded with a tough matchup against Hewitt-Trussville on Friday, Oct. 14, and the Jags ultimately fell 35-10.

The Jags held strong defensively for a while, but the offense was too slow to start as the team fell into a 28-0 deficit at the half en route to the 25-point loss.

After a scoreless first quarter for more than 10 minutes of action, Hewitt-Trussville struck first with a touchdown pass from Peyton Floyd to Brett Moseley to give the Huskies a 7-0 advantage.

Then, early in the second quarter, the Huskies connected on a long pass play from Floyd to KaDarius Barnes. Quickly, they had taken a 0-0 game and made it 14-0 in a matter of three minutes.

That score held for a while, but the Huskies tacked on a third score with 2:30 left in the half on a short run from Floyd.

Then, they quickly got another stop and were able to add another touchdown on a short run as the half came to an end.

Despite a decent half defensively, the Jags trailed 28-0 at the break.

Spain Park, however, wasn’t ready to give up the fight.

The Jags came out and scored 10 in a row to start the second half with Derick Shanks scoring from 20 yards out and Alex Loyd hitting a 35-yard field goal to make it 28-10 late in the third quarter.

Spain Park was close to scoring again early in the fourth quarter after getting inside Hewitt’s 5-yard line, but a bad snap ultimately became costly in the Jaguars’ comeback attempt.

They never scored again after that, while Hewitt added one more insurance touchdown late to create the final score.

Spain Park fell to 2-6 with the loss, while Hewitt-Trussville is now 6-3 overall.