Carrying on his name: Mother of Pelham actor starts nonprofit for Veterans in his name 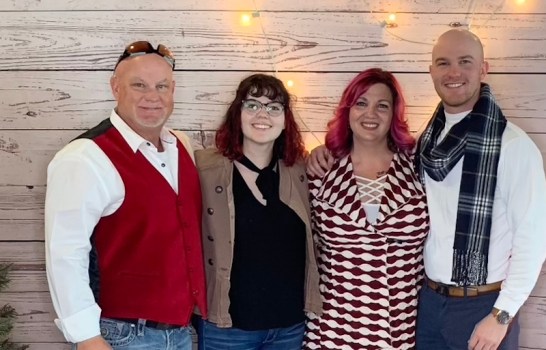 Michelle Tumlin is the mother of Houston Tumlin who was featured in the film “Talladega Nights” and was a veteran who suffered from PTSD. Michelle has started a nonprofit to honor her son’s live and the life of veterans everywhere. (Contributed) 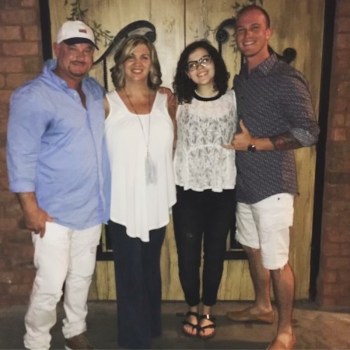 PELHAM – Driving through Birmingham on a brisk night, something catches the eye of Houston Tumlin as he pulls off to the side of the road and gets out of his car with a coat in hand.

He then leans down to hand a coat to a homeless man trying to stay warm in the cold. That is the person the former child actor known for his role in “Talladega Nights” was known as during his life on earth.

In addition to his thoughtfulness and his acting, Tumlin was a veteran of the U.S. Army before he died at the age of 28. It was all part of his “larger-than-life personality” according to his mom Michelle Tumlin.

“He was a happy person,” Michelle said. “He was funny, and he came into the world a star. Every parent thinks that their child is and that’s the way a parent should be, but he was just precious. He was so talented at so many different things.”

Houston began acting as a child and got the part in “Talladega Nights” when he was 12 years old.

“He had a great time playing that part,” she said. “It was memories that we will have forever.”

At 16, Houston shifted his interests from acting to focus more on sports.

“He wanted to really focus on sports,” Michelle said. “He played football, baseball, basketball and he wrestled. He was so mentally tough that football was his favorite sport.”

During his time playing sports, Houston suffered multiple concussions and developed Chronic Traumatic Encephalopathy also known as CTE. CTE is a progressive brain condition that occurs after receiving multiple concussions. This condition is often associated with sports that require a lot of physical contact such as football and boxing.

“We started seeing signs that he had something going on in about 2018,” Michelle said. “He experienced some sad things in the military and had CTE.”

“He was not the person you would ever think to do that,” Michelle said. “He was such a happy person. But you combine the mental illness with CTE, and I could see the struggle. I watched my son suffer, I was his person to call, and I supported him for four straight years. It was the worst day of my life getting that call. He was at his Pelham home, and I was in Pell City.”

Michelle’s mother passed away five months after the death of her son.

“I ran a clothing boutique,” Michelle said. “My mom was my partner, and everyone called us the dynamic duo. We had a great time and a wonderful boutique. We had amazig customers. My son dies in March and my mother dies in August. So, I closed the business on Dec. 23 of 2021.”

This was the start of the Houston Project.

“After Houston died, we came up with a shirt named Houston Project,” Michelle said. “I did not even know I was going to be opening a nonprofit during that time. We came up with this amazing, original design on a military green background. One of the stripes was teal blue to represent PTSD, and we thought, ‘This will be a good way to raise money and give back to local veterans.’”

“My husband said, ‘Let’s take a terrible day and make it something positive.’ My grand opening was huge,” Michelle said. “Pell City has been so supportive. The streets were just full of people there to watch me do my ribbon cutting.”

Michelle said she sees it as her duty to continue the life and legacy of Houston.

“I said from the time I lost my son that I was going to be his voice on this earth,” Michelle said. “I was going to share his story with the world.”

By sharing his story and the Houston Project message, Michelle said she is fighting to end the stigma against mental health and suicide and encouraging conversation around the topics.

“I am going to stop the stigma of suicide,” Michelle said. “I am not ashamed of Houston. My son had mental illness. I will shout it from the rooftops. I will make him so proud. I know I will be able to help people because of that.”

Michelle said it is the customers of the Houston Project that keep the nonprofit going.

“I have so many amazing customers,” Michelle said. “Without them, I wouldn’t be able to do what I’m doing, because it is that money I receive from them that I am able to pay local veterans their utility bills, their moving vans, stocking their refrigerator with groceries and helping repair their house. “

This type of work helps to aid the heart and soul of Michelle.

“That is the type of thing I am doing, and it helps my heart,” Michelle said.  “It helps me know I am doing what I am supposed to be doing. I am honoring my son.”

Michelle said the process of starting the nonprofit has helped her process the grief of losing her son.

“I cry every day, but God was preparing me for what was about to happen,” Michelle said. “I know without a doubt, I am doing what I am supposed to be doing. I know my mother and my son are so proud of me.”

Michelle said during 2020, mental health became a larger discussion due to the COVID-19 pandemic.

“The year 2020, everything we went through with shutdowns and COVID, it multiplied issues,” she said. “It is really important.”

Michelle said she has heard many difficult things to hear from others since the death of her son.

“My son committed suicide because he had a mental illness,” she said. “He was sick. I had several people say stuff like, ‘Did he die in combat?’ It was hard for me to hear. No, he didn’t die at war in a field in Afghanistan, but my son did die in a mental war inside his head.”

Although it still is painful, Michelle is aware that these comments that come from others are well intentioned.

“A lot of times that doesn’t get talked about as much either,” Michelle said. “People don’t mean anything by it, but they don’t know exactly what to say, and it is time that people are not ashamed anymore.”

Michelle said she hopes anyone who is struggling mentally will reach out for help before it is too late.

“There is so much help out there,” she said. “Houston was so tough, and he was so proud that he didn’t reach out in time. Houston was just starting to do all the right things, but it was just too late. With the CTE, I had a doctor tell me that it is an on-and-off switch and on that day, the switch flipped.”

Many people have come forward to Michelle, telling her that Houston’s story has helped them

with their journeys through mental health struggles, PTSD and child loss.

“I had no idea how many people in my own town had lost children,” Michelle said. “Now I feel like we are all here to support each other, because if you have never lost a child, you don’t understand the pain of it. A lot of people seem to be comfortable coming to me and sharing their own mental illness because I have been so vocal. They message me telling me they have a brother who is in the military and has PTSD.”

Michelle believes that her ability to be vocal and share her story with others is a gift that comes from God.

“I have said even before I lost my son, God made me different,” Michelle said. “He made me loud and proud. That helps me share my son’s story because I have never been shy. I have always been very outgoing.”

Houston packed a lot of living in his 28 years of life.

“My beautiful son, he only lived 28 years,” Michelle said. “But he lived so much in those 28 years, and he had a heart the size of the world. People that don’t know Houston wouldn’t even know about what he would do because he wouldn’t brag about it.”

Michelle said Houston did several things to impact the lives of others that she was not even aware of until after his death.

“I found out after he passed away that he would do things like stop his car in Birmingham, take his coat out of his car and go give it to a homeless person on the street,” Michelle said. “You have this gorgeous boy who just brought joy, happiness and he made tons of people laugh. In his short 28 years, he helped so many people.”

Just because Houston’s life has ended does not mean he is done helping people said Michelle.

“In Heaven, he is helping people,” Michelle said. “He is saving people. I know it.”