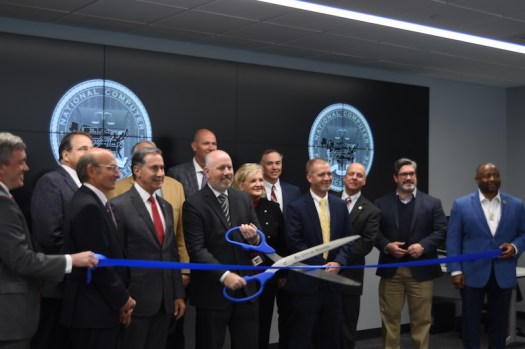 On Tuesday, Oct. 18 a ribbon cutting was held for the unveiling of a new, state-of-the-art classroom inside the National Computer Forensic Institute in Hoover. (Reporter photos/Noah Wortham) 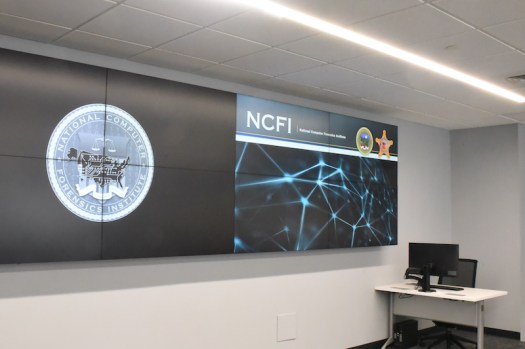 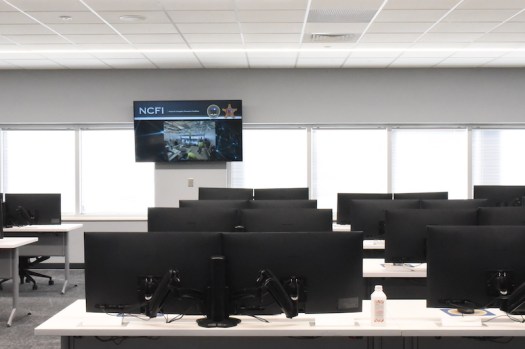 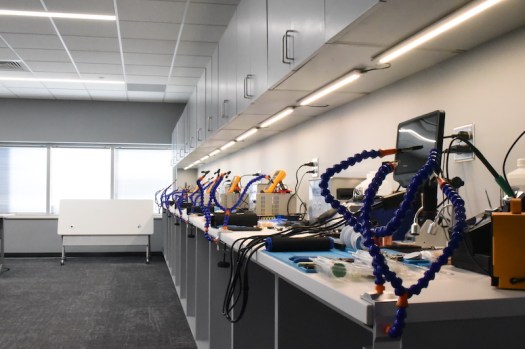 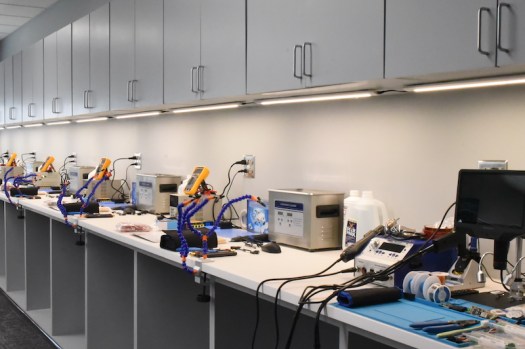 HOOVER – On Tuesday, Oct. 18 at 10 a.m. a ribbon cutting was held for the unveiling of a new, state-of-the-art classroom inside the National Computer Forensic Institute in Hoover.

Located at the Hoover Public Safety Center, the NCFI is a federally funded institute that trains state, local, tribal and territorial law enforcements officers, prosecutors and judges in digital forensics. Every new agent of the U.S. Secret Service receives training at the facility in Hoover.

“We are proud to open classroom number seven,” Hoover Mayor Frank V. Brocato said. “It’s been an incredible cooperation between so many. Of course, the city of Hoover, Shelby County, the Alabama District Attorney’s Association, the State of Alabama (and) certainly the federal government.”

The institute has been located in the city of Hoover since 2008.

“Over 20,000 state, local, tribal and territorial law enforcement officers, prosecutors, judges have been trained here since its inception,” Brocato said. “The economic impact has been really phenomenal.”

The NCFI was the first facility of its kind to have ever existed in the United States.

Congressman Gary Palmer was present at the event and shared his thoughts on the institute.

“This is one of my top priorities,” Palmer said, “to allow it to expand and grow because of the work that it is doing. It’s not just economic impact, but the training that these men and women are receiving here, the law enforcement officers, the investigators, the prosecutor(s), the judges, on how to handle evidence that they collect from various devices.”

Palmer said it was thanks to the efforts of NCFI trained individuals that the case of the shooting at Oxford High School in Michigan was solved quickly.

“I think it’s one of the reasons that our cybersecurity has improved as much as it has,” he said. “So, I cannot overemphasize the importance of this facility and the work that you’re doing, protecting not only our communities, in solving these crimes, but also protecting our country.”

“This (is a) unique opportunity for us as a local government to invest and actually make a difference nationally,” Scroggins said. “It’s amazing when you come to and hear the stories of the graduates or instructors that are here about crimes they have solved across our country, and to think that our county has the opportunity to have a little bit of investment, a little bit of a piece of that success.”

Those interested in learning more about NCFI can visit Ncfi.usss.gov.