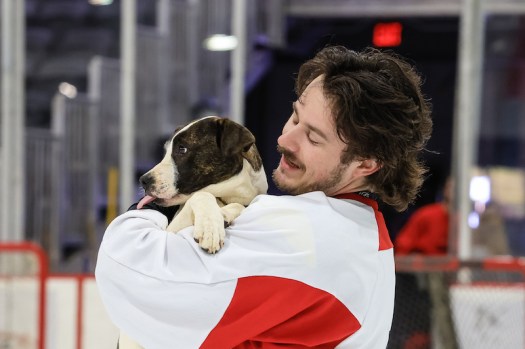 Furry friends were frolicking on the ice at the Pelham Civic Complex to celebrate Two by Two’s Barktoberfest. (For the reporter/Dawn Harrison) 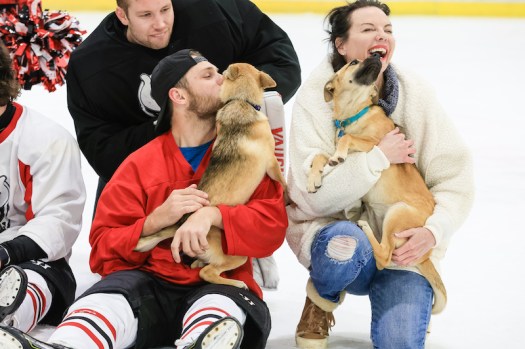 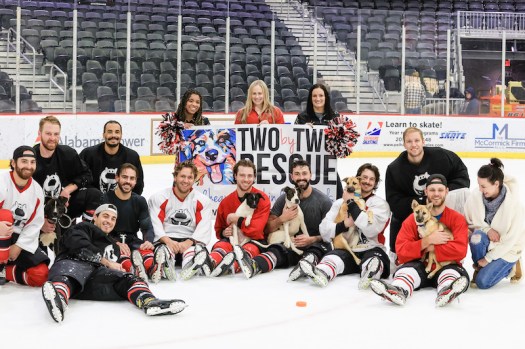 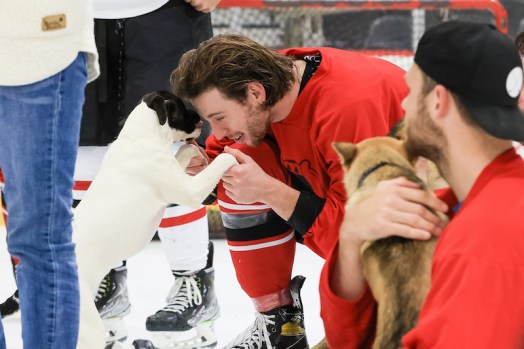 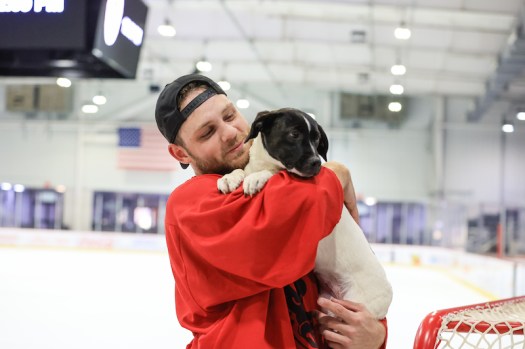 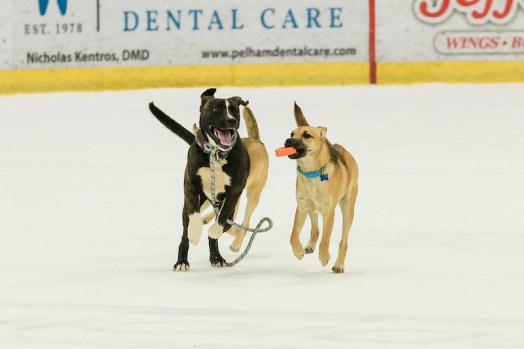 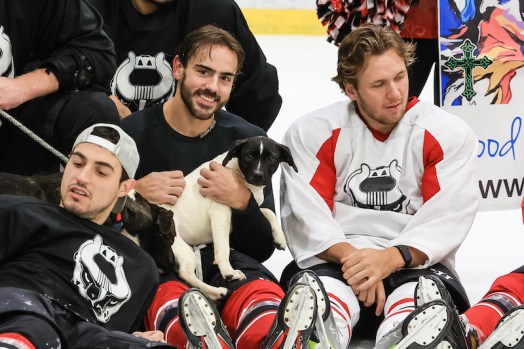 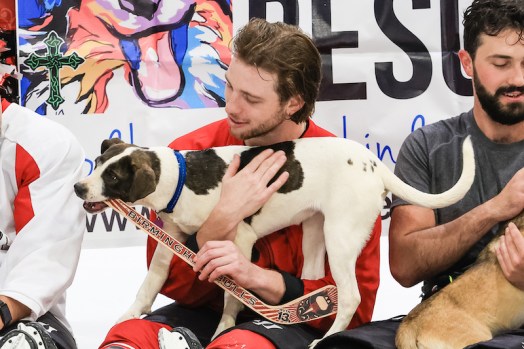 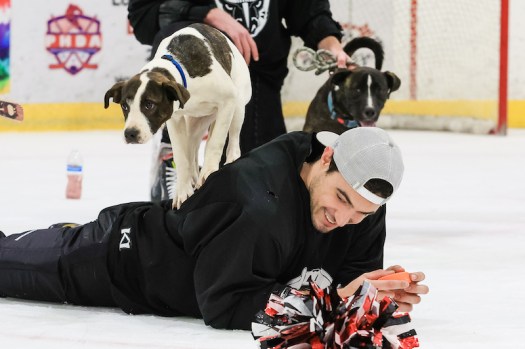 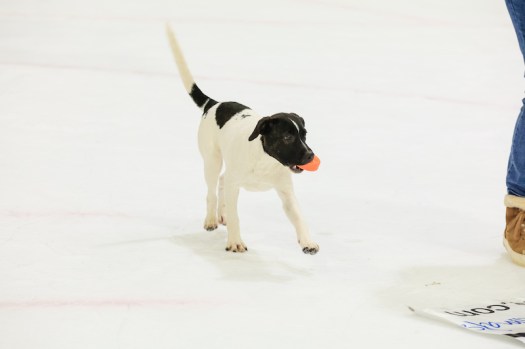 PELHAM – The Pelham Civic Complex bustled with furry friends on the ice on Tuesday, Oct. 19 as the Birmingham Bulls partnered with Two by Two animal rescue.

“Our medical coordinator is the coach for the Birmingham Bulls’ dancers,” Founder and Director of Two by Two Sonya King said. “We are celebrating (the Bulls’ season) about to start.”

The dogs were brought onto the ice and frolicked around the arena as the hockey players held the animals and petted them.

The event was to promote the upcoming event Two by Two is hosting entitled Barktoberfest, which occurs Sunday, Oct. 30 from 11 a.m.- 6 p.m.

“Barktoberfest is a family-friendly festival,” King said. “We include the four-legged babies too. We love the fact that this festival celebrates the whole family including the animals. All the animals are invited.”

King said there will be many activities available at the festival including a celebration for anyone who has ever adopted with Two by Two.

“We’re going to have an alumni area. We want everyone who has adopted in the last 20 years to come, and we want them to bring their babies,” King said. “We want to celebrate seeing them again and getting to love on them. They will have special bandanas to wear if they’re alumni and we will take great photographs.”

King said there will be a lot of shopping opportunities available.

“We’re going to have more than 70 vendors,” King said. “We invite everyone to come shop local. I’m telling you, this festival you can knock out all your Christmas shopping in one day. We’re going to have over the top gift baskets for people to purchase, we have put together some fabulous things that people can give as gift.”

More about animal rescue and Barktoberfest information can be found at Twobytworescue.com.