State bound: Pelham returns to the Elite Eight for the first time since 2019 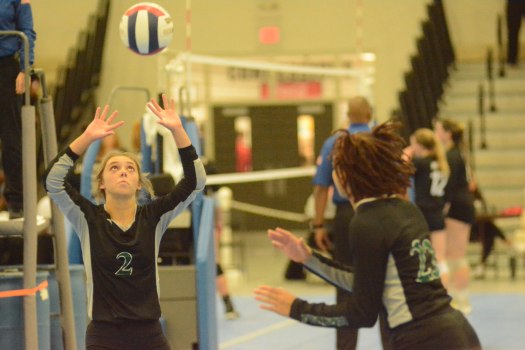 Pelham defeated Saint James in a close five-set match and Saraland in a 3-0 sweep for the third time this year. (Reporter photo/Lauren Sexton) 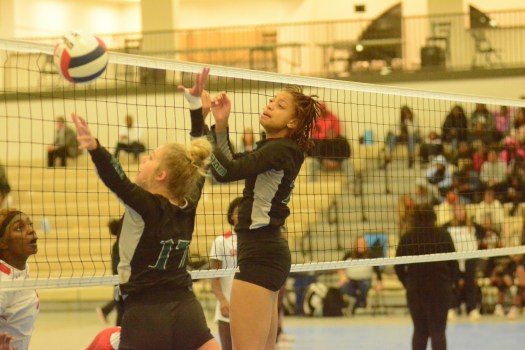 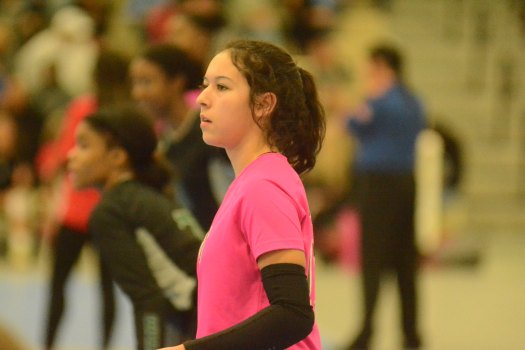 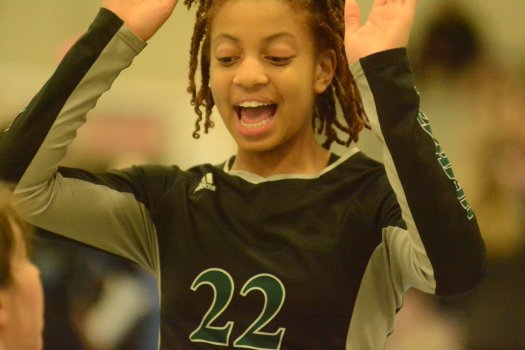 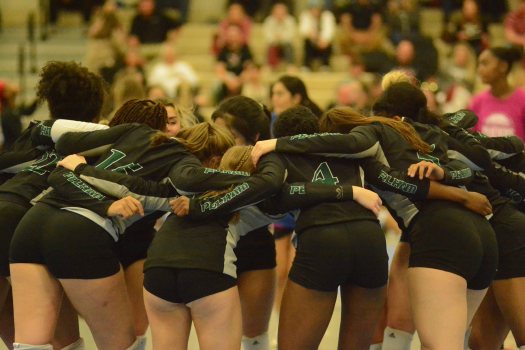 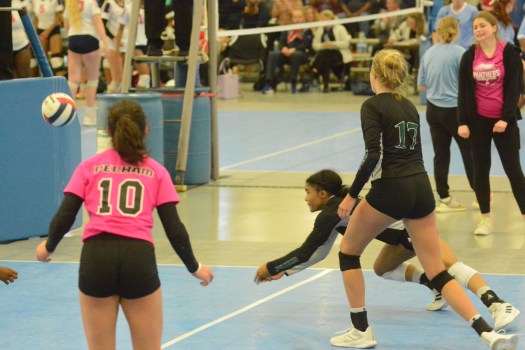 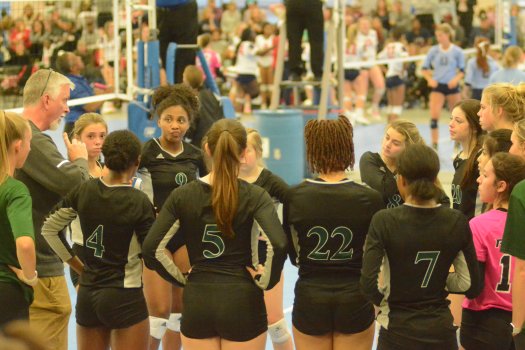 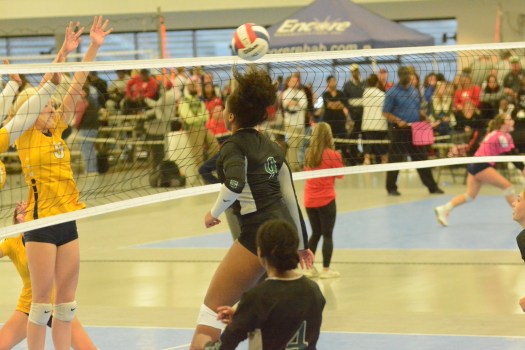 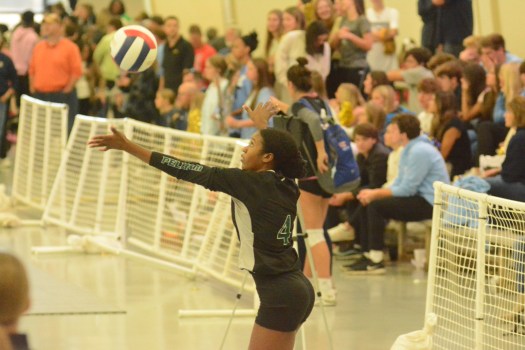 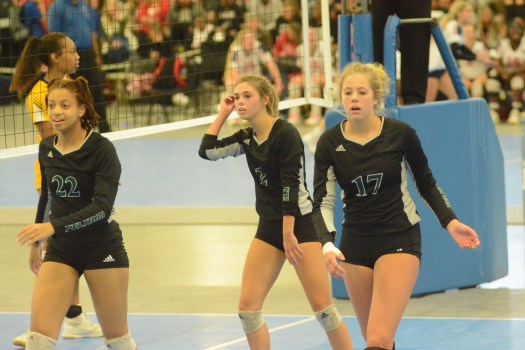 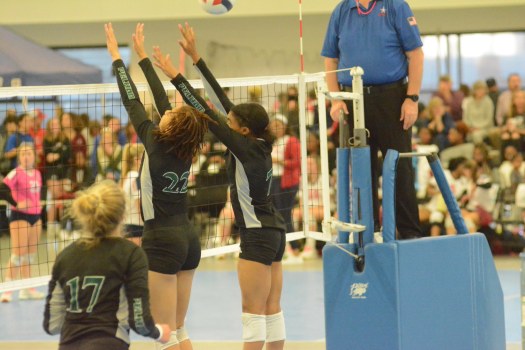 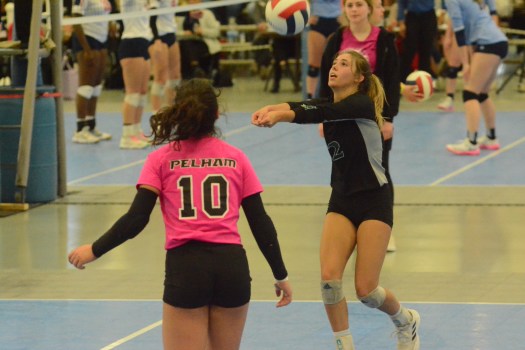 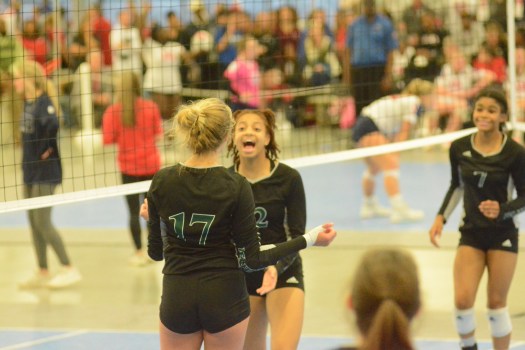 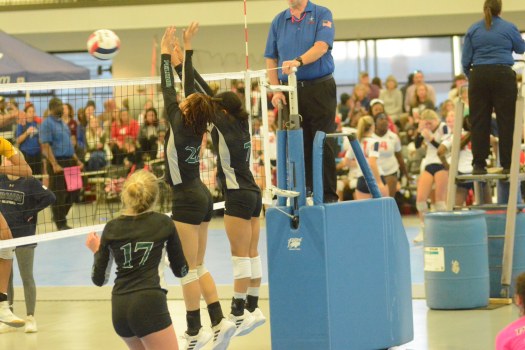 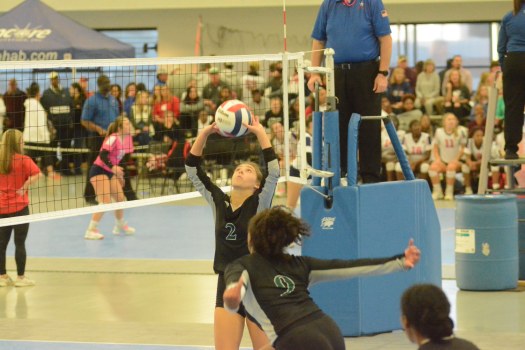 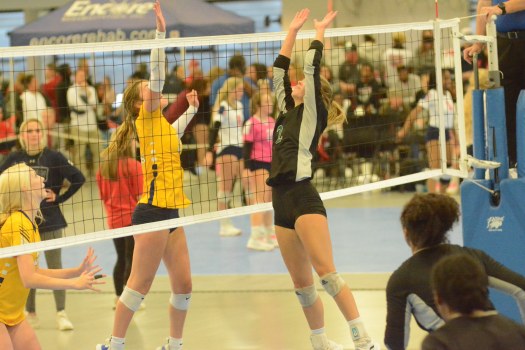 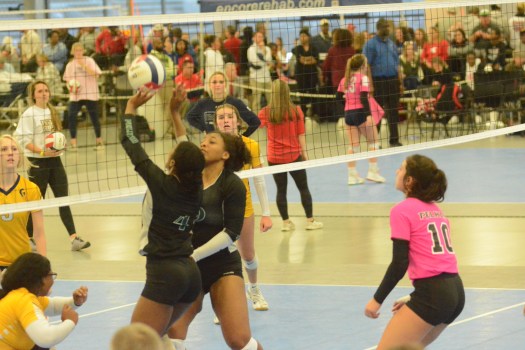 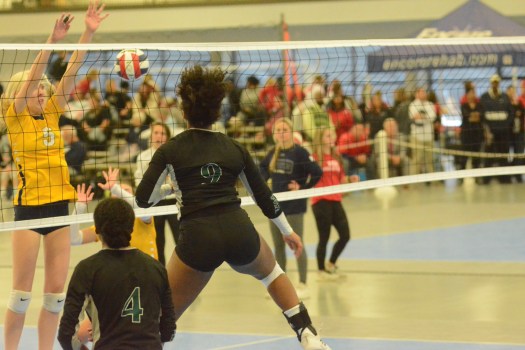 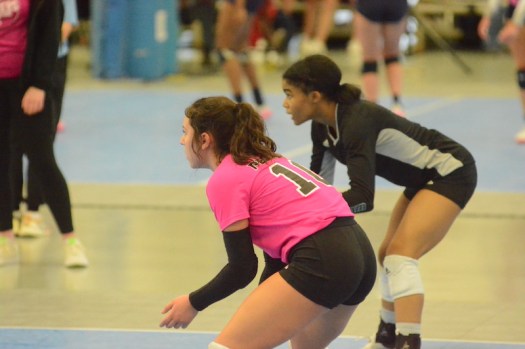 MONTGOMERY – Competing in a fifth-set tiebreaker against Saint James with their season on the line, the Pelham Panthers didn’t fold inside Montgomery’s Cramton Bowl MultiPlex on Wednesday, Oct. 19.

Looking for their first trip back to the state tournament since 2019, the Panthers showed their motivation in the final set, jumping out to a commanding lead and pulling away for a 15-7 set victory to pick up a 3-2 match victory. That excitement set the tone for a special day for Pelham, who used the momentum to pick up a 3-0 sweep in the second match against Saraland to clinch a spot back in the Elite Eight.

“Glad to be back in it,”  Pelham’s head coach Perry Robinson said about Pelham’s advancement in the tournament. “Glad to know that we could play two really good teams today and I’m just excited for them to have that opportunity to play at that level.”

Pelham started the tournament on a high night by picking up a commanding first-set victory against Saint James by a score of 25-16 for an early 1-0 lead in the team’s opening match of regionals.

From there, however, Saint James responded in a big way by winning two consecutive sets. In the second set, the Panthers fell behind and were unable to pull off a comeback in a tight 25-19 loss that evened the score at 1-1.

Saint James carried that momentum into the third set and was able to build another lead, but the Panthers fought throughout, making it tight down to the wire. Ultimately, the Trojans held on for a 25-23 win that gave them a 2-1 advantage in the match.

Now needing to win two sets in a row, Pelham trailed Saint James in the fourth set, but the Panthers ultimately fought back to win a thrilling 27-25 set that evened the match score at 2-2.

The fifth and final set determined which team would advance to the second round. Pelham was able to maintain a significant lead over Saint James and concluded the match with a 15-7 victory.

Pelham defeated Saint James 3-2 and advanced to the second round.

Camryn Mcminn led the Panthers with 23 kills and served two aces in the match against Saint James. Kylee Hester totaled one solo block, 53 assists and 27 kills against the Trojans. Emma Studdard had 42 receptions.

In its second matchup of the tournament, Pelham faced Saraland for the third time this year. The Panthers dominated the Spartans early this October, defeating them in two 2-0 sweeps.

Pelham started another first set with a significant lead over their opponent. Saraland was unable to catch up to the Panthers and lost 25-18. Pelham now led 1-0 against the Spartans.

The Panthers began the second set trailing behind Saraland. Pelham managed to make a turnaround when they were down 12-9. The Panthers kept the set close and pulled out a 25-23 victory.

Pelham concluded the third and final set of the match with a 25-16 victory. A worn-down Saraland was no match to the Panthers, especially when Pelham started another set with a considerable lead.

Camryn Mcminn led the Panthers again with 16 kills, 14 digs and had two solo blocks in the match against the Spartans. Londyn Wynn and Averi Smith served two aces each. Kylee Hester had 33 assists and Smith had 24 receptions.

The Panthers’ are now state bound and are a part of the Elite Eight for the first time since 2019.

The Panthers are set to play Spanish Fort on Thursday, Oct. 20 at 2 p.m. Following regionals, Pelham will play in the state tournament quarterfinals on Wednesday, Oct. 26 at 10:30 a.m. in Birmingham.