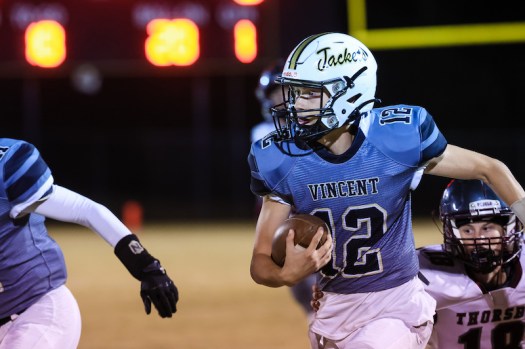 The Vincent Yellow Jackets finished 9-1 during the regular season and clinched home-field advantage in the first round of the playoffs thanks to a 43-8 win over Thorsby on Friday, Oct. 21. (For the Reporter/Dawn Harrison) 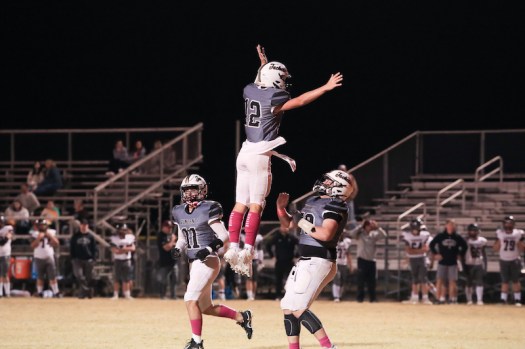 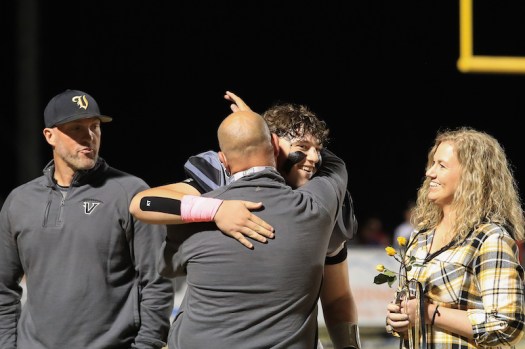 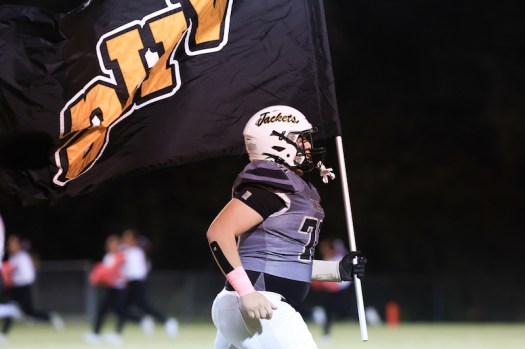 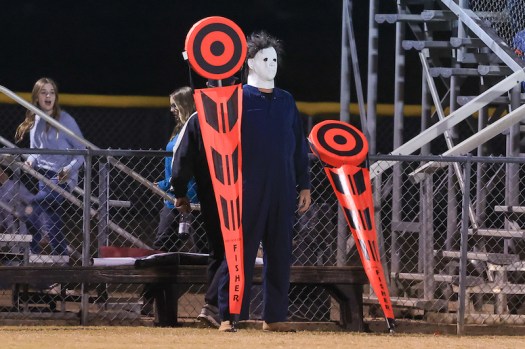 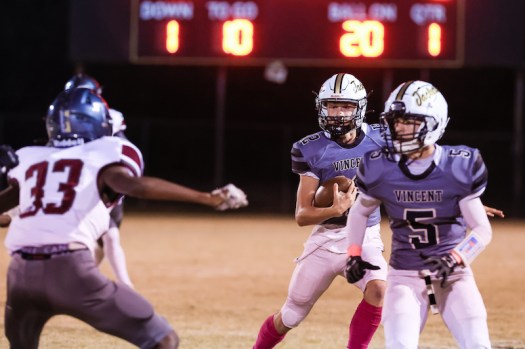 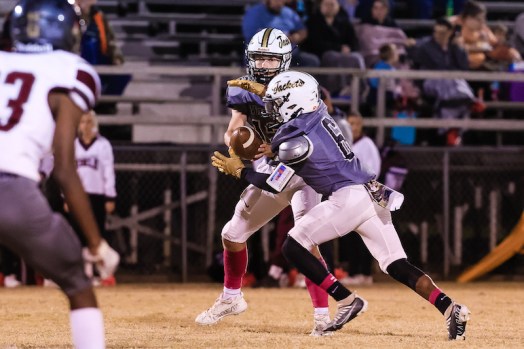 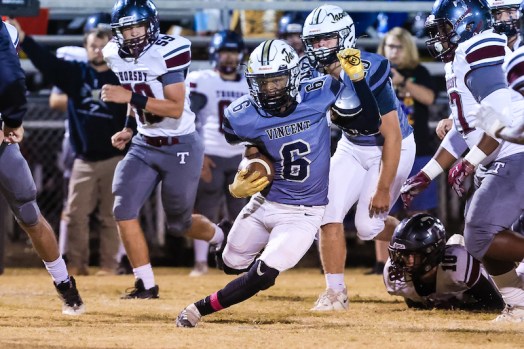 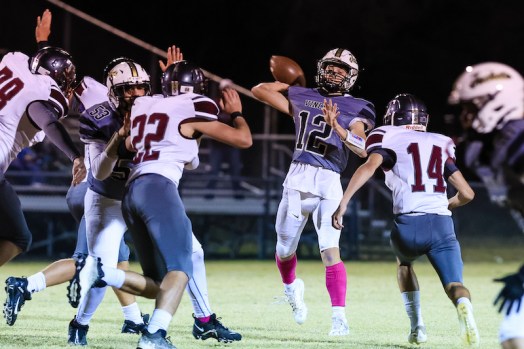 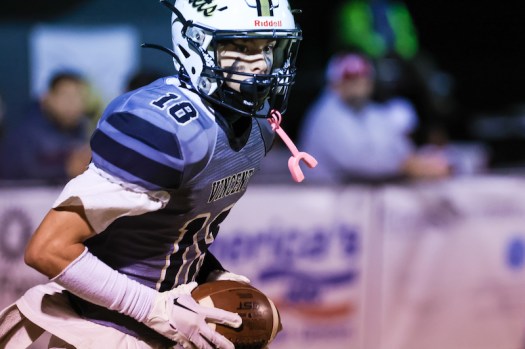 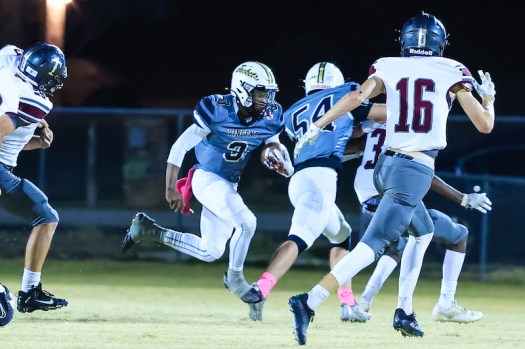 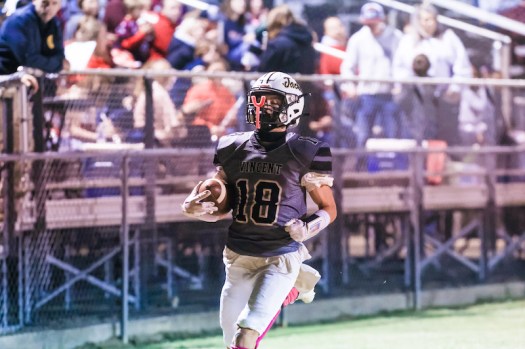 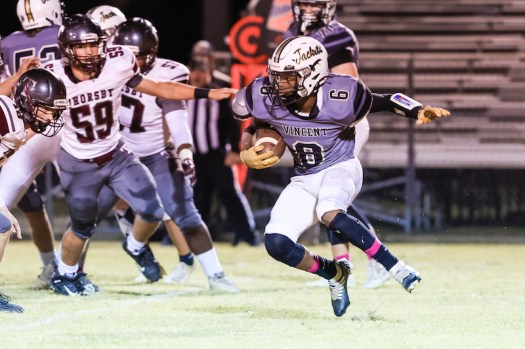 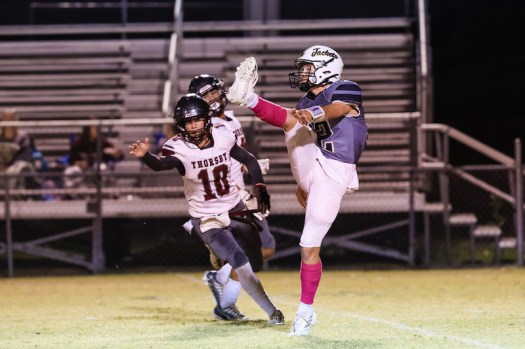 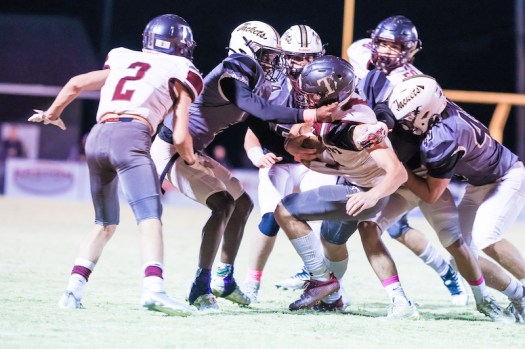 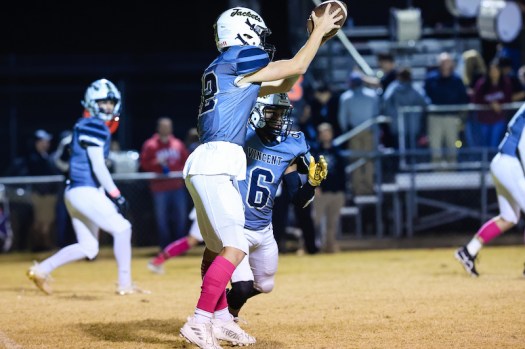 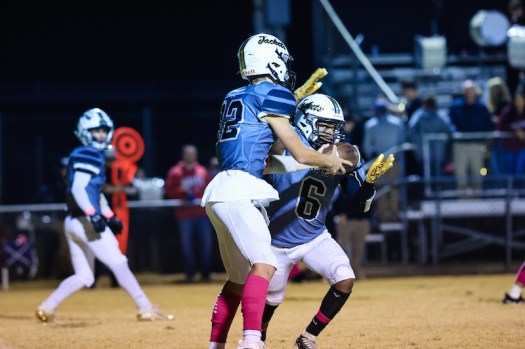 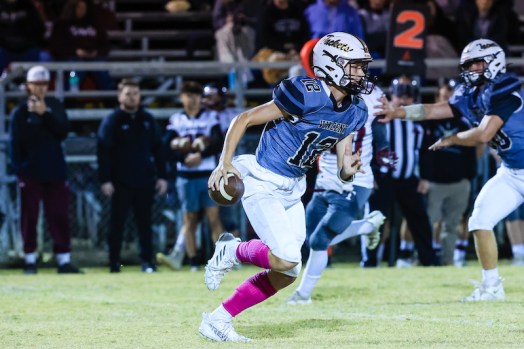 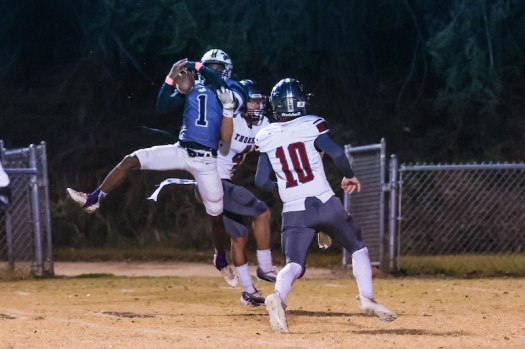 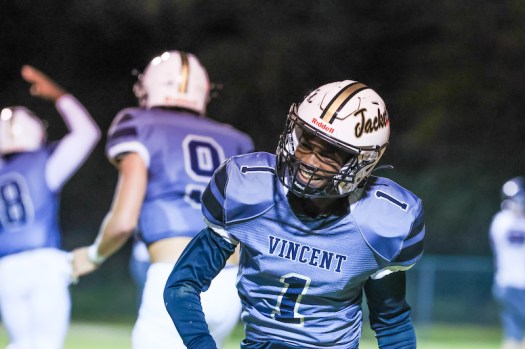 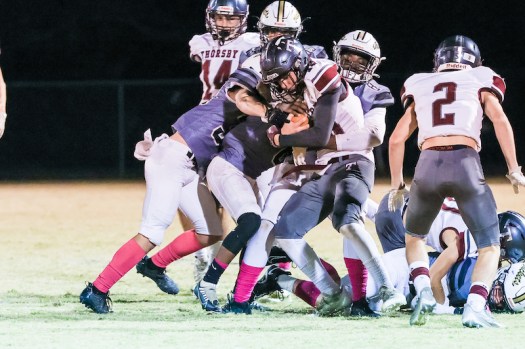 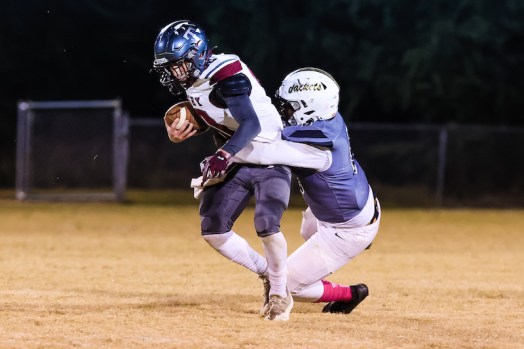 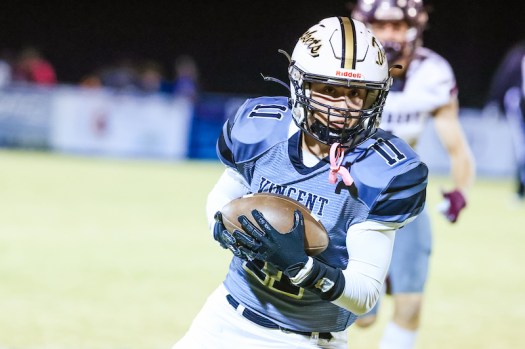 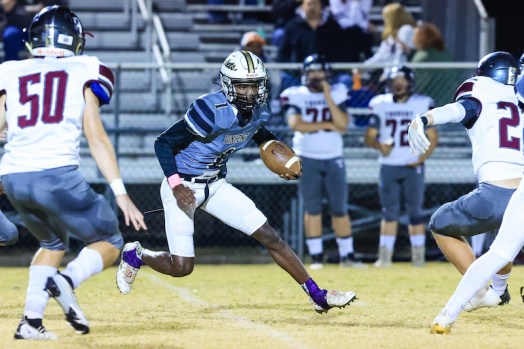 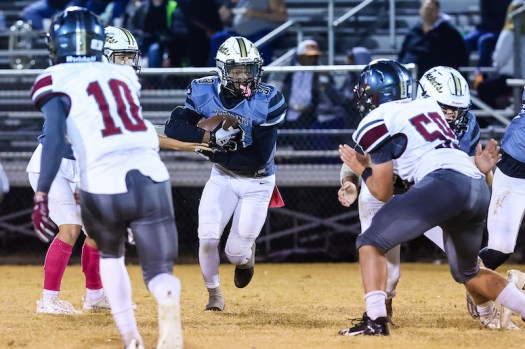 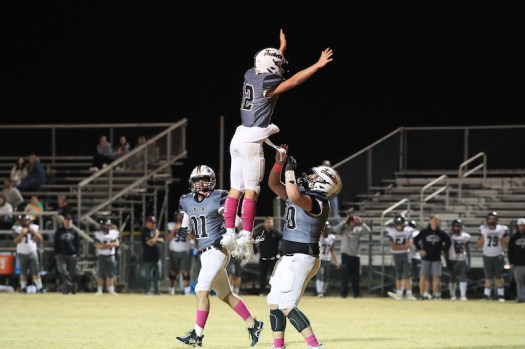 VINCENT – Vincent wrapped up its regular season—and home field in the first round of the playoffs—with a 43-8 win over Thorsby on Friday night, Oct. 21.

The win clinches second place in Class 2A, Region 4 for the Yellow Jackets, who will host traditional power Luverne in the first round of the playoffs on Nov. 4.

It will mark the first time for VHS to host a playoff game since 2011, and at 9-1, the Jackets have a chance to win 10 games for what could be the first time in school history.

The Yellow Jackets started the scoring early, as on their first possession, quarterback Blake Allums passed to Zac Carlisle for a 28-yard touchdown. Tray Youngblood ran in the 2-point conversion for an 8-0 lead.

Vincent then surprised its visitors with an onside kick, which the Yellow Jackets recovered. They made it 16-0 with a RyKelus Robertson 7-yard touchdown run and another 2-point conversion by Youngblood.

A stop by the VHS defense gave the ball back to the offense, and the Jackets made it count again, this time with a 45-yard touchdown pass from Allums to Carlisle. Youngblood again ran it in for 2, and the score was 24-0 at the end of the first quarter.

Scoring in the second quarter was limited to a 34-yard touchdown pass from Allums to Youngblood. This time, Ty’Qun Goodman kicked the extra point, and it was 31-0 Vincent at halftime.

In the third quarter, Allums passed 63 yards to Aiden Poe on a play that advanced the ball all the way down to the 1-yard line, and Allums punched it in from there. A blocked point-after try left the score at 37-0.

Vincent’s final score came on a fourth-and-1 play, as Allums took a quarterback sneak and busted free for a 33-yard touchdown run to make it 43-0.

Allums completed 10 passes in 14 attempts for 269 yards and three touchdowns. He also rushed for 71 more yards and two touchdowns.

In addition to the playoff implications, Vincent Coach Lucas Weatherford said it was special for the team’s seniors to earn a win on Senior Night.

“It was a sweet win,” he said. “Our kids played hard, and they knew what was at stake. There were tears shed, but it’s nice to know there were tears but still games left to play.”