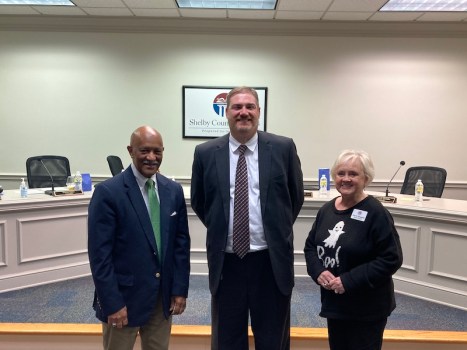 The Shelby County Board of Education appointed David Butts as the new principal for New Direction during a scheduled meeting on Thursday, Oct. 20. (Reporter photo/Noah Wortham) 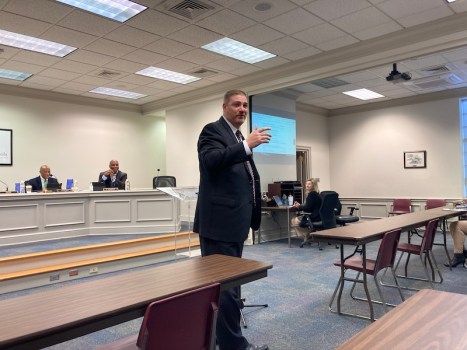 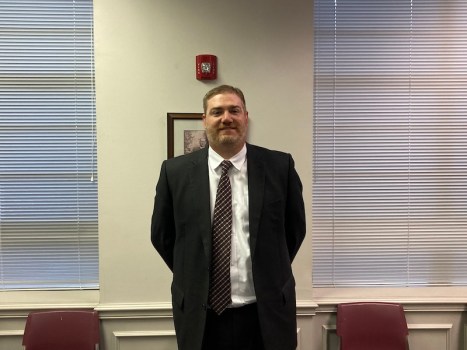 COLUMBIANA – The Shelby County Board of Education appointed a new principal for New Direction during a scheduled meeting on Thursday, Oct. 20.

David Butts has been named to serve as the new principal for New Direction.

“First, I want to thank y’all for approving (that),” Butts said. “(It’s) bittersweet because I’ve been there (HHS) for eight years and got a lot of friendships from teachers, administrators, so there’s a lot of crying… which means I had a little impact on them, hopefully, and I want to take that with me to New Direction and have that same kind of family atmosphere because there’s going to be a lot of at-risk kids there that are just going to need that.”

Butts has more than 22 years of experience in public education and previously served as the assistant principal at Helena High School. He earned a bachelor’s degree in physical education from Faulkner University and a master’s degree in educational leadership and administration from the University of West Alabama.

“I think it’s a great opportunity for me and my family,” Butts said. “It’s a calling for that position because you are dealing with at-risk kids at school. I’ve always had a heart for those type kids, and I feel like it’s a good fit for me, and being able to reach those type (of) kids is a skill I’ve had, and I want to continue that. But I think it’s a great opportunity to help some kids that are at risk and keep them in school and get them back on the right path going forward.”

The board also approved a bid for ADA renovations to the Shelby County High School football stadium.

“This particular project for you tonight involves some renovations and upgrades to the stadium across the street from Shelby County High School,” David Calhoun said. “The current home side is the part of the stadium that would be the focus of this project. We hope through this project to provide better handicap wheelchair access.”

The renovations also include an in-between step along the bleachers.

-Heard an architect and construction report from Barbara Snyder.

-Rejected a bid for the Chelsea High School football lockers.

The next Board of Education meeting is set for Thursday, Nov. 17 at 5 p.m. in Columbiana.