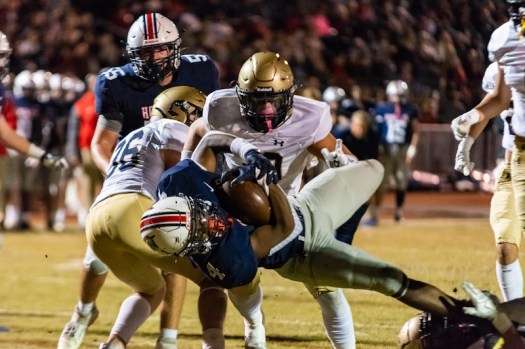 Briarwood’s offense couldn’t find a rhythm in a 34-10 loss to region leader Homewood on Friday, Oct. 21. (For the Reporter/Markee Canada) 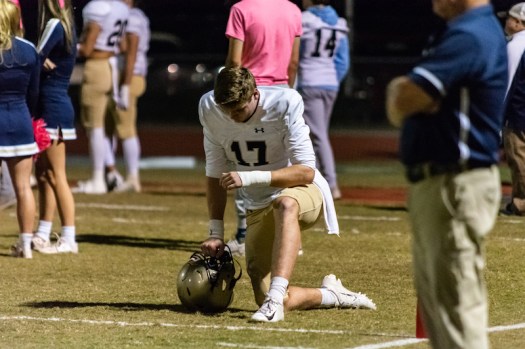 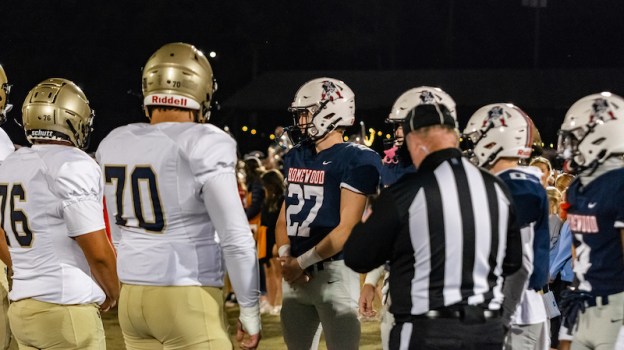 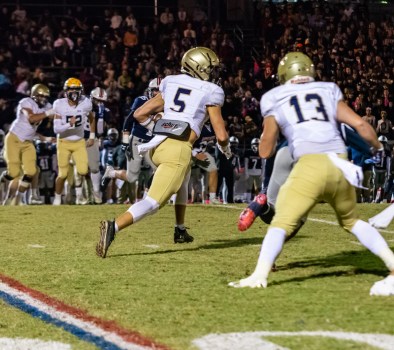 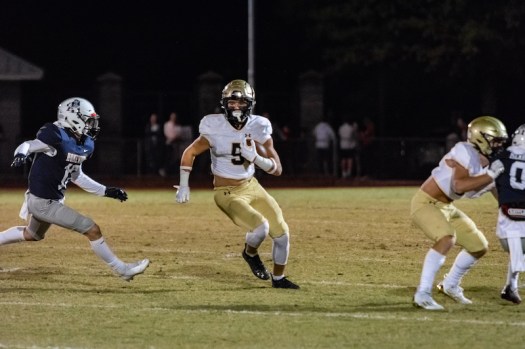 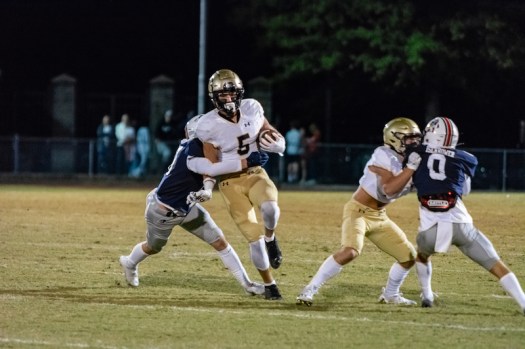 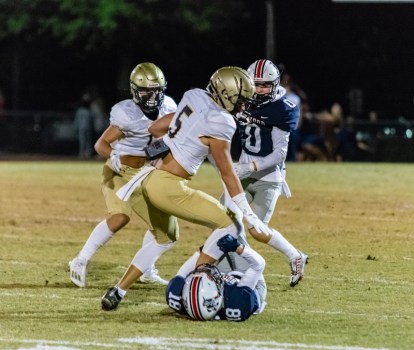 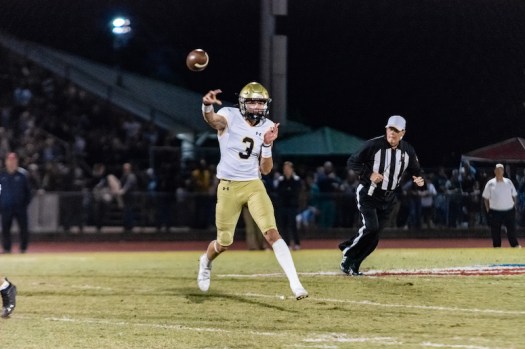 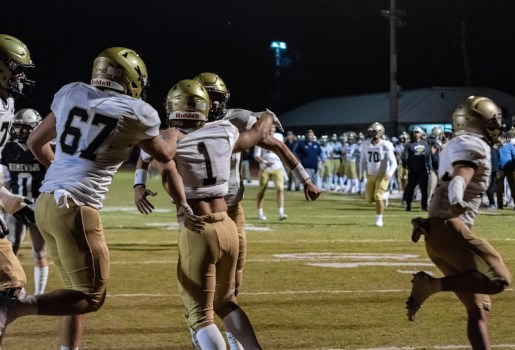 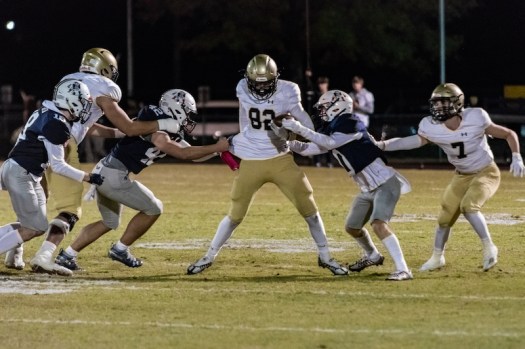 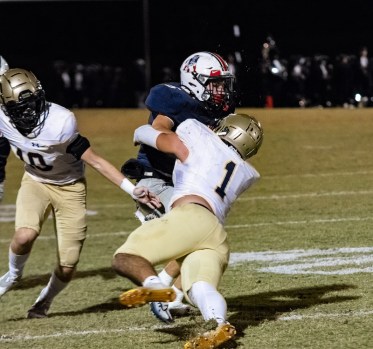 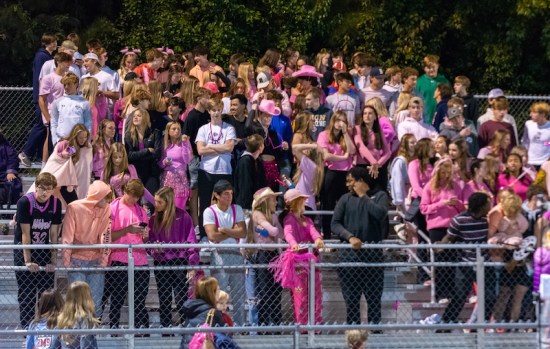 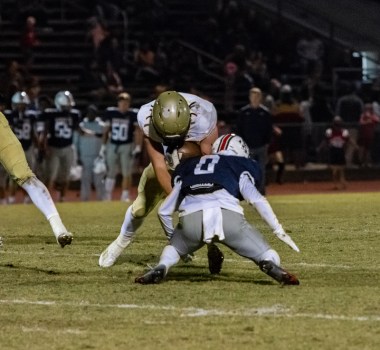 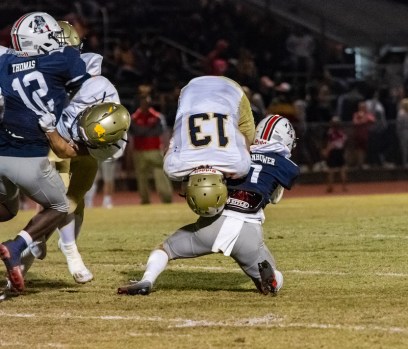 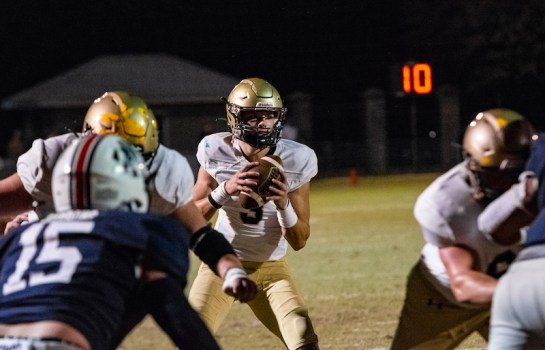 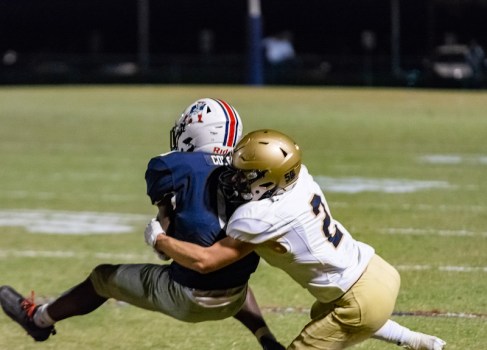 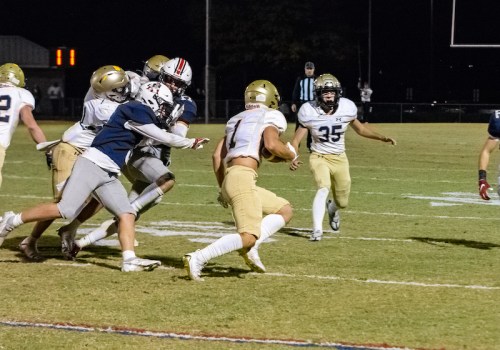 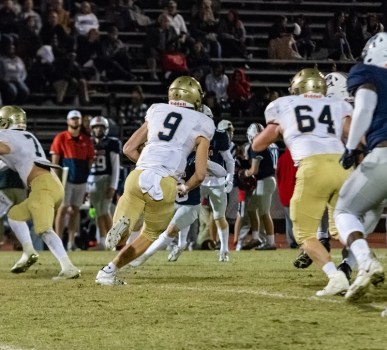 “Homewood does a great job,” Briarwood coach Matthew Forester said postgame. “Coach Ben Berguson and his coaching staff always have their players well coached, so tonight they came out and executed well, there’s a few areas that we need to continue to improve in and we can’t give up big plays, and that’s kind of one of the big things I saw from this game.”

It was a tale of two sides on Friday, Homewood with its playoff berth already settled and cruising ahead of their playoff matchup in two weeks, and another in Briarwood still recovering from missing the playoffs for the first time in 29 years and struggling to find points without star quarterback Christopher Vizzina.

Both sides were scoreless in the first quarter, but a short Briarwood punt only got to the Lions’s 23-yard line early in the second quarter and gave Homewood great field position to get the first points. Shortly after, Charlie Reeves caught a touchdown pass from Woods Ray in the corner of the end zone to put the Patriots up 7-0.

Briarwood responded with a deep throw into the end zone to tie the score up at 7-7.

Hunter Drake then had the biggest play of the first half with a 69-yard touchdown catch that included a big run down the left sideline.

With Homewood now up 14-7, Briarwood nearly got the equalizing touchdown, but Parker Sansing caught an interception in coverage near the end zone for the Patriots.

Now with less than a minute left in the half, Ray led an efficient drive and found Jackson Parris for the score with 23 seconds left. The Patriots missed the ensuing extra point, but still took a 20-7 lead into halftime.

After both teams traded punts to open the second half, Will Eisenhower scored on a pick six for the Patriots just two plays into the Lions’ first drive of the second half.

Reeves closed out the scoring for Homewood early in the fourth quarter with a short touchdown catch, and Briarwood notched a 21-yard field goal as the clock ran out to give the Lions their only points of the half in a 34-10 loss.

Briarwood finished with 229 yards of total offense compared to Homewood’s 349, with 302 of those coming from Woods Ray’s arm in another star showing for the Patriots’ quarterback. Homewood’s Jackson Parris led all receivers with 103 yards and a touchdown off just three receptions.

After the game, Forester spoke to the difficulty of using two quarterbacks during the game in Josh Thompson and William Clark who didn’t normally start for the Lions and were faced with filling Vizzina’s five-star shoes.

“Well, I thought we had two quarterbacks that played really well,” Forester said. “With Christopher being out, we went to some younger guys. So they did a really good job of moving the ball effectively, they ran our offense well, so I’m really proud of Josh and Will for how they ran our offense tonight.”

Briarwood drops to 3-6 with the loss and will finish out its 2022 slate at home against Fairhope next Friday night. Coach Forester hopes to send his seniors off with a win after the Lions missed out on the playoffs for the first time in their careers at Briarwood.

“[A win] would mean a lot,” Forester said. “They’ve been a crew that’s worked incredibly hard, they’ve been with me for the last four years and you’ve seen the grit and determination and every game up until this point has been close, and so I want to send them out the right way and excited that we get to have senior night.”