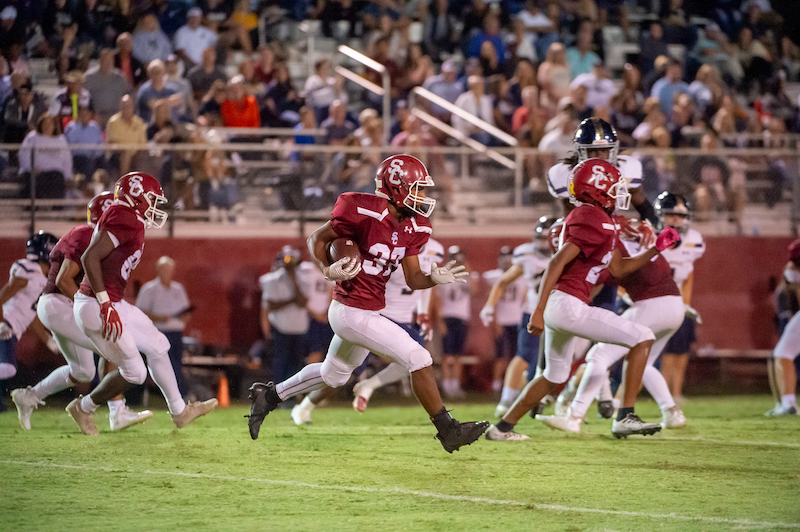 REHOBETH – The Shelby County Wildcats lost their fifth straight game of the season to the Rehobeth Rebels, 23-12, in a non-region road matchup.

The Wildcats have experienced their share of injuries this season, and Friday night Bradley Horton added his name to the list after going out with an arm injury.

“He played really well,” Ellison said. “Tough kid. You know, we’ve got a lot of youth on our team, and at one time offensively we had four freshmen and three sophomores on the field.”

Added the coach, “We’re kind of going through a little bit of growing pains, but the kids are fighting hard and I’m extremely proud of them.”

The score was 16-6 at the half, and the Wildcats would add to that number with Woods’ second score of the evening—but so would the Rebels, and Shelby County just couldn’t get enough momentum going for a comeback.

Next week the Wildcats will have an opportunity to go out with a win as they face Woodlawn at home in a Thursday night matchup set for Oct. 27 at 7 p.m.