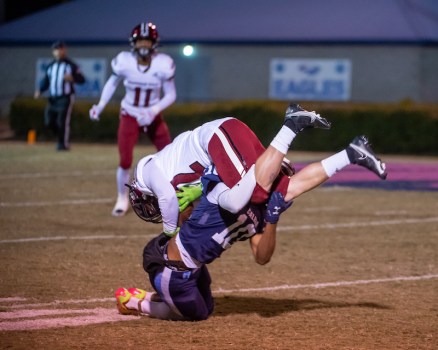 The Calera Eagles fell to Gadsden City in a back-and-forth game on Friday, Oct. 21, but thanks to a Helena loss and Pelham win, the Eagles earned a spot in the playoffs. (For the Reporter/Larry Dancy) 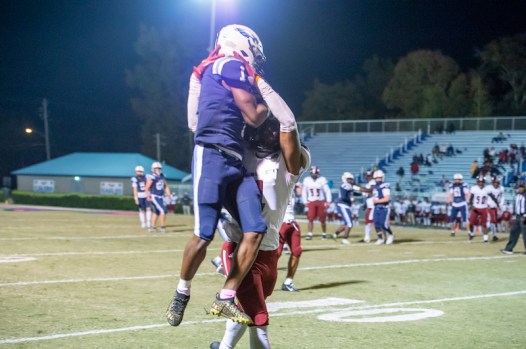 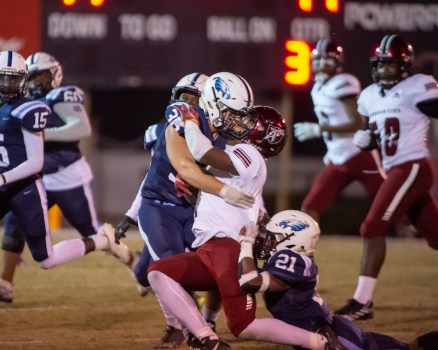 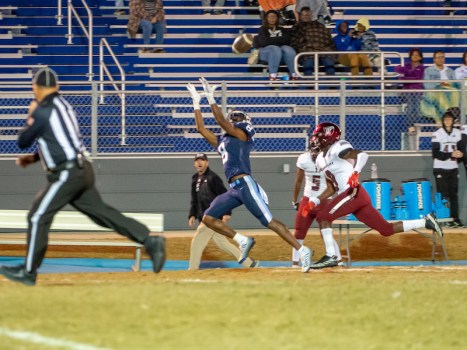 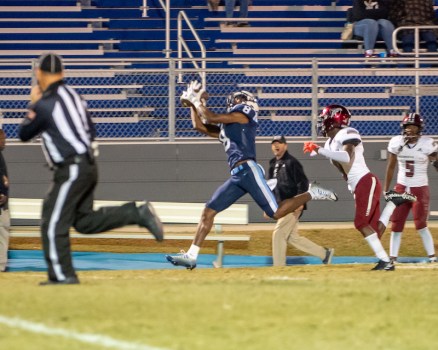 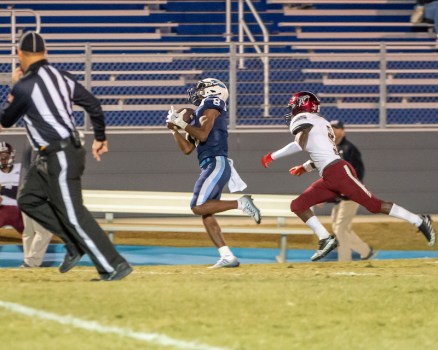 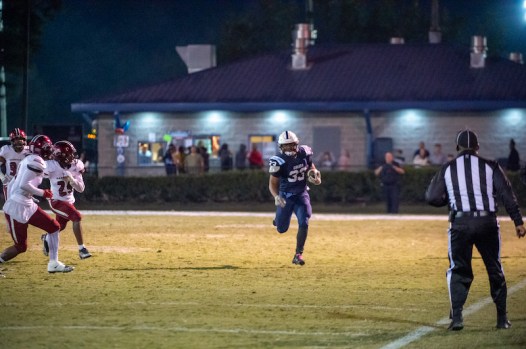 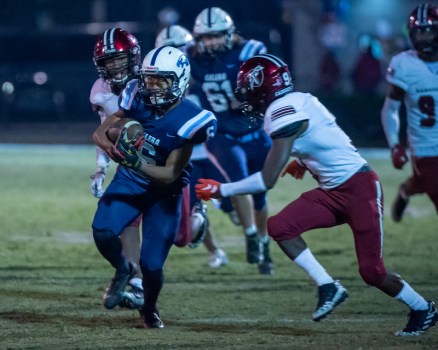 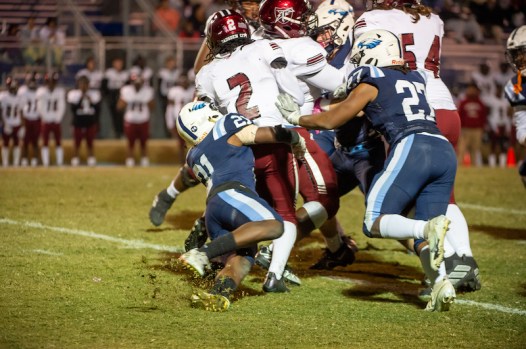 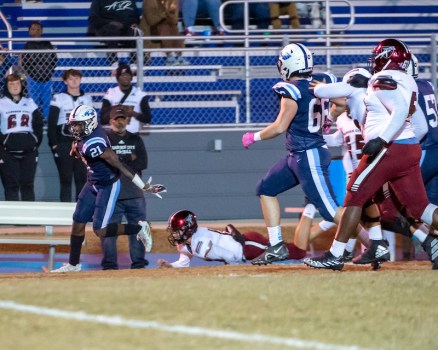 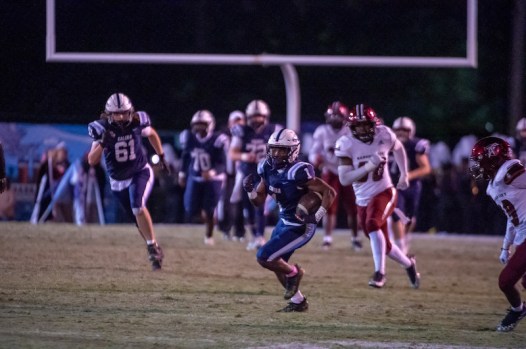 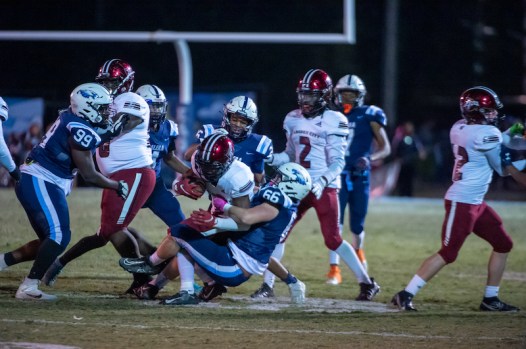 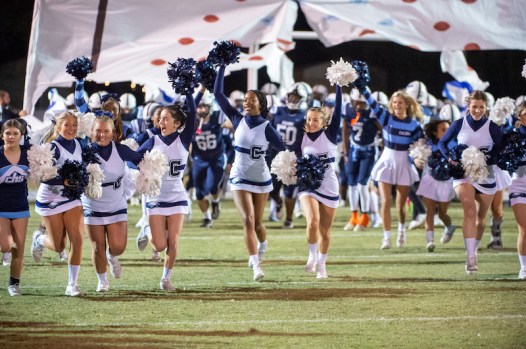 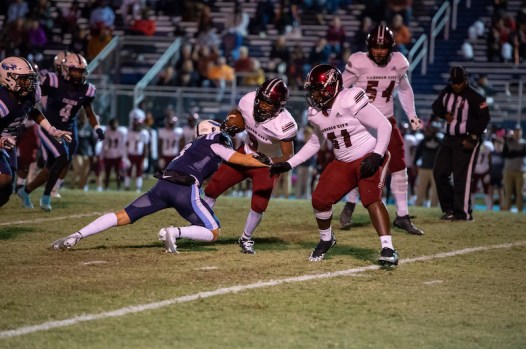 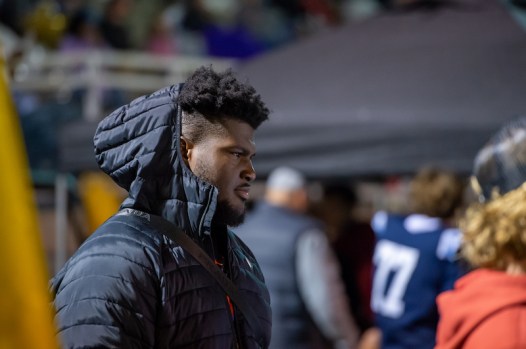 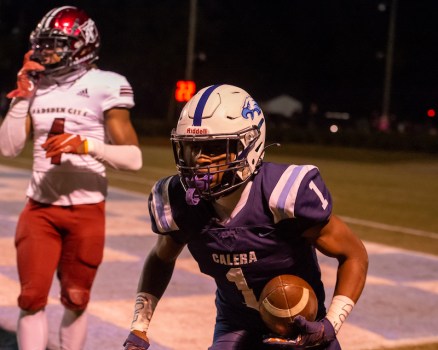 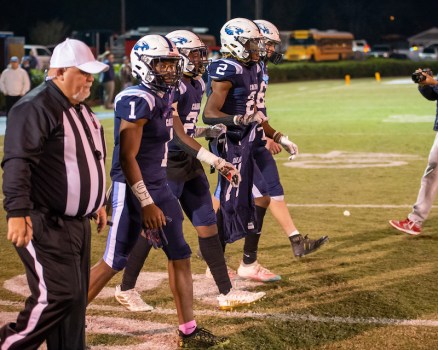 CALERA – On a night where fans may have been more worried about what was happening elsewhere, the Calera Eagles fell 24-20 to Gadsden City in a thrilling back-and-forth game on Friday, Oct. 21, but thanks to the results across the region, they earned a spot in the playoffs regardless.

Thanks to their 52-51 four-overtime victory against Helena on Friday night, the Eagles earned their spot in the postseason when the Huskies fell to Benjamin Russell and Pelham beat Chilton County in other games across Class 6A, Region 3.

As for the matter at hand, Calera did fall to the Titans in a game that the team led 14-3 at one point in the first half.

Ultimately, Gadsden City took advantage of late turnovers and penalties from the Eagles to score the game-winning touchdown with 1:53 left to play in the four-point victory.

Despite the score, Calera put together an impressive game in a battle of two hot teams as of late.

The Eagles actually drove the field to start the game, scoring when quarterback Preston Stokes hit top target Braylyn Farrington from 23 yards out for a 7-0 lead in the first 3:42 of action.

That lead held up through one quarter of play, but the Titans found their way on the board early in the second quarter thanks to a 43-yard field goal that made it 7-3.

That, however, gave Farrington a chance to return a kick, and he made Gadsden City pay. With several returns for touchdowns already this season, the star athlete for Calera added another kick return, this time of 94 yards, to make it 14-3 with 8:28 left in the half.

But Gadsden City’s offense had found a rhythm, and the Titans built off of that by scoring 14 in a row after Farrington’s kick return to take a 17-14 advantage.

TJ Hernandez, who has been key most of the season, did get the opportunity to tie the game at the break, and he did just that with five seconds left in the half to make it 17-17.

After all of that action, both defenses came out and dominated the third quarter in a quick and quiet 12 minutes of action, which sent the two into the final quarter knotted up at the same score.

Early in the final quarter, Hernandez added his second field goal of the game to put the Eagles back in front at 20-17 with 8:44 left to play.

It looked like that might end up being the difference with Calera’s defense rolling in the half, but late mistakes became costly with fumbles and penalties making the difference in allowing Gadsden City to score with 1:53 left for the game-winning touchdown in a 24-20 victory.

Calera will enter its final game at McAdory sitting at 4-5 overall on the season. The Eagles will then advance to the playoffs for the second year in a row under head coach Jason Hamlin.