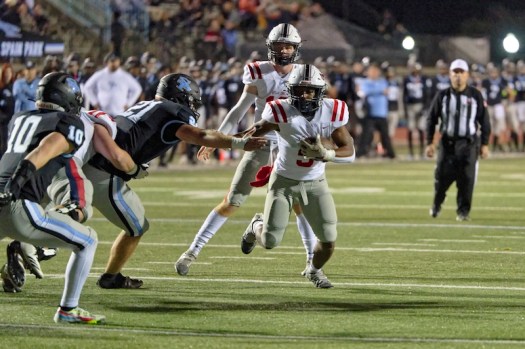 The Oak Mountain Eagles snapped a seven-game losing streak on Friday, Oct. 21 thanks to a 9-3 win over rival Spain Park to end the 2022 season. (For the Reporter/Barry Clemmons) 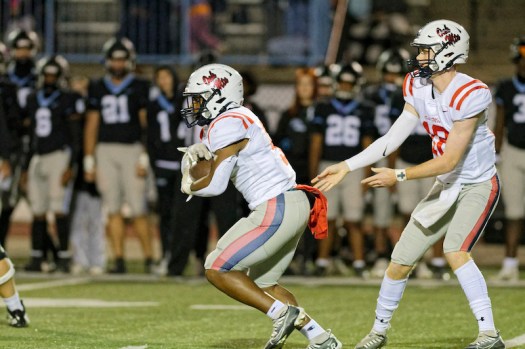 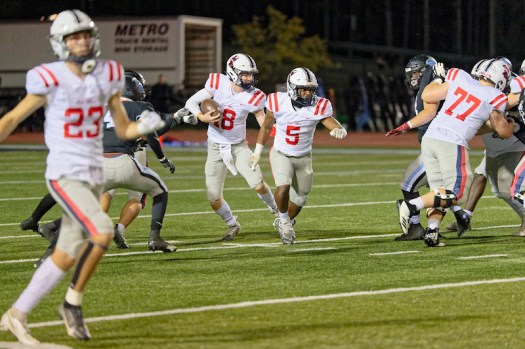 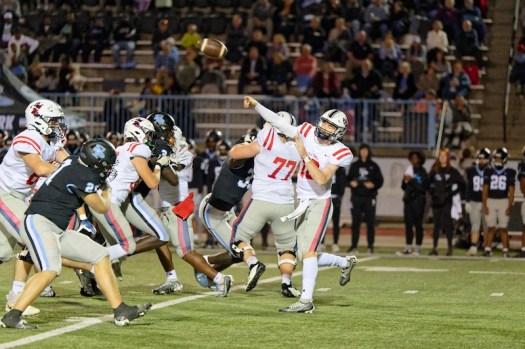 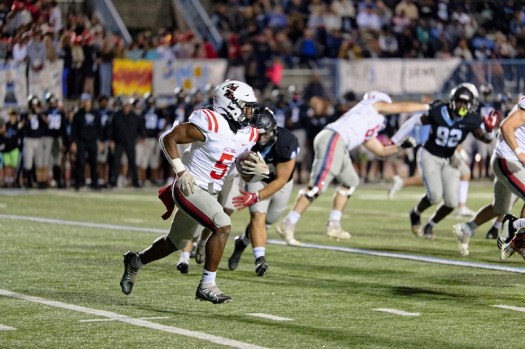 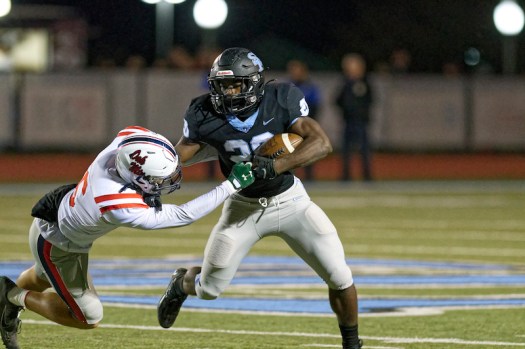 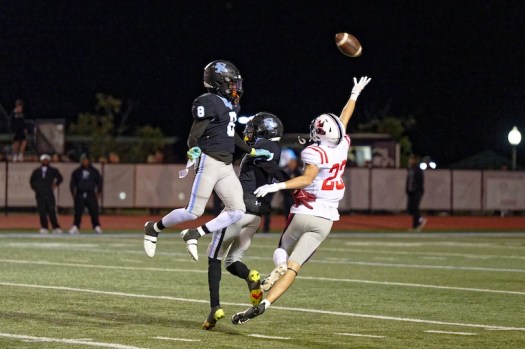 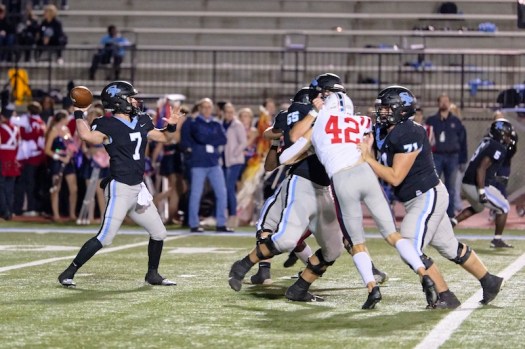 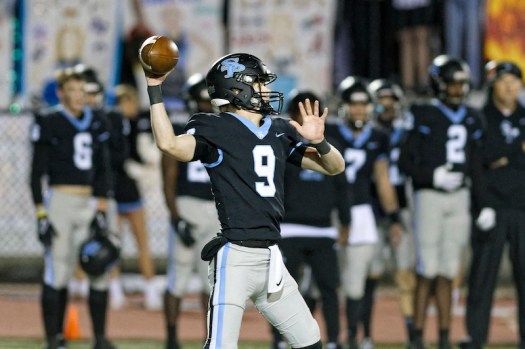 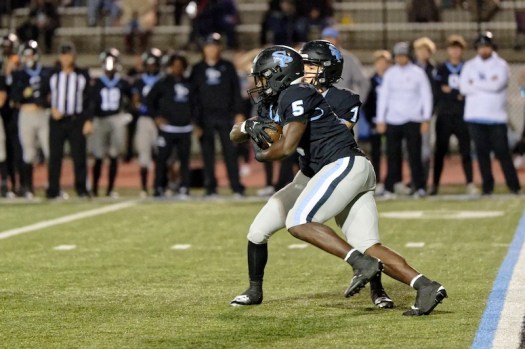 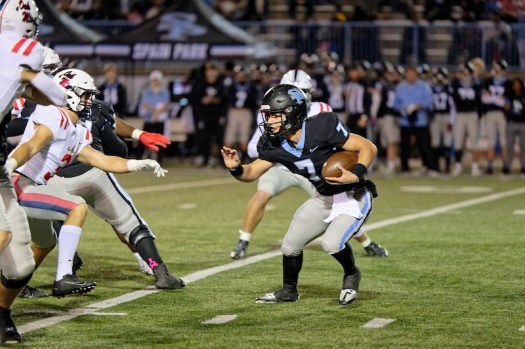 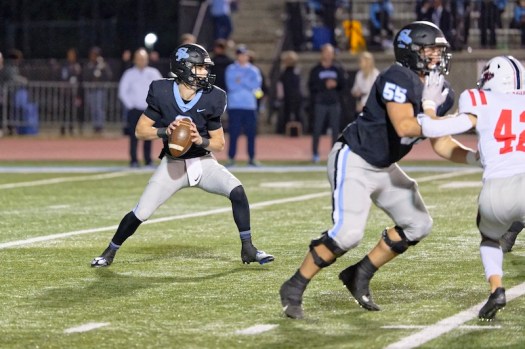 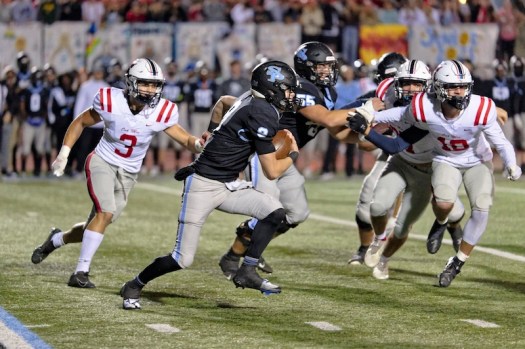 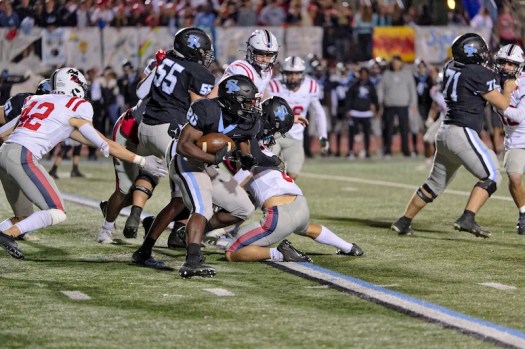 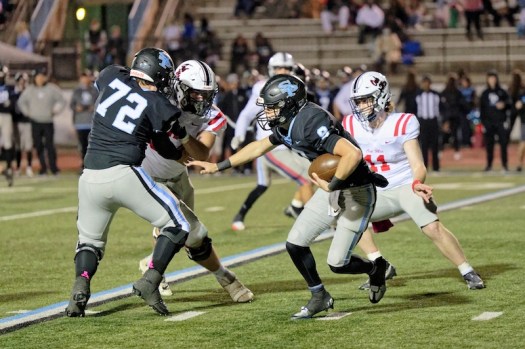 HOOVER – Oak Mountain concluded its season with a 9-3 win at Spain Park on Friday, Oct. 21.

Looking to snap a seven-game losing streak and end the season on a high note, the visiting Eagles (3-7) scored all of their points in the second quarter.

First, it was Will O’Dell passing to Sawyer Smith for a 5-yard touchdown pass with 8:25 on the clock in the second quarter.

The extra point was no good, but OMHS extended its lead to two scores on a 41-yard field goal by Garrett Murphy with 1:13 remaining in the second quarter that made it 9-0.

But that was as close as the Jaguars could get, though they outgained their guests 235 yards to 198.

Murphy recorded 8.5 tackles, including two tackles for a loss, and one interception for OMHS. Emmanuel Waller added eight tackles.