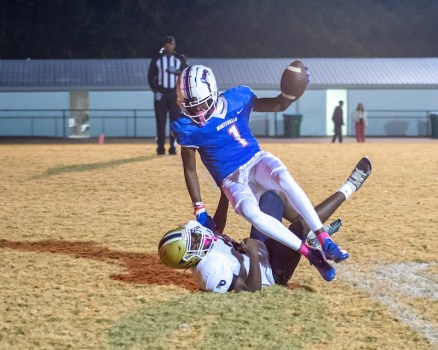 The Montevallo Bulldogs closed the 2022 season with a win against Tarrant on Thursday, Oct. 27. (For the Reporter/Larry Dancy) 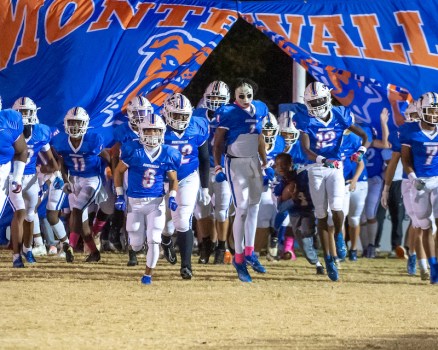 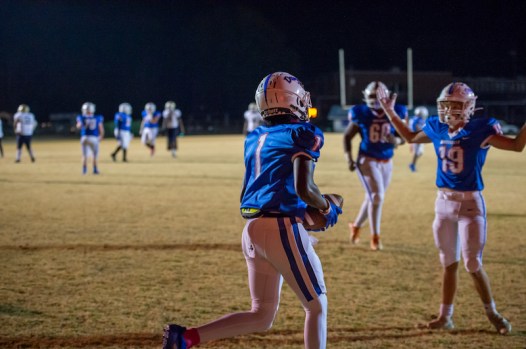 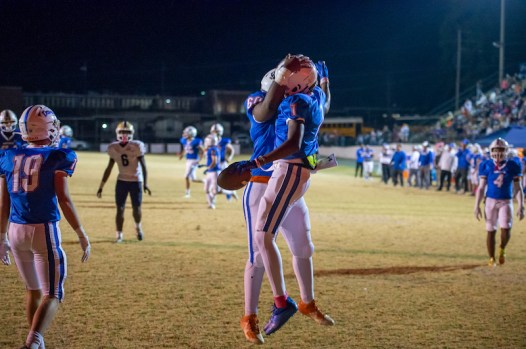 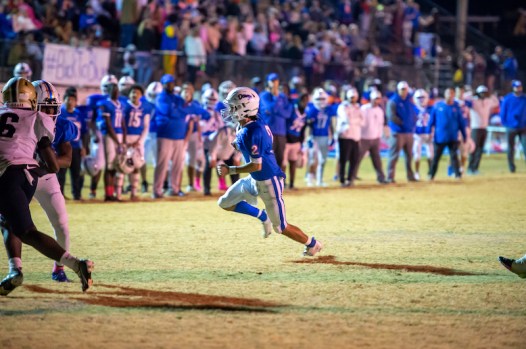 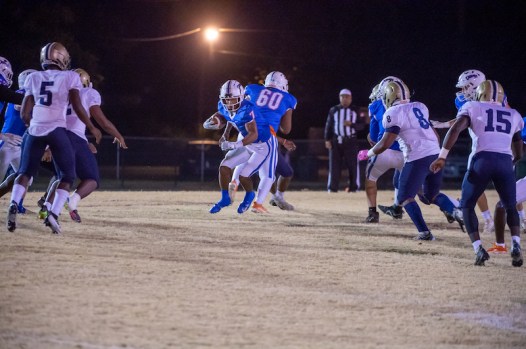 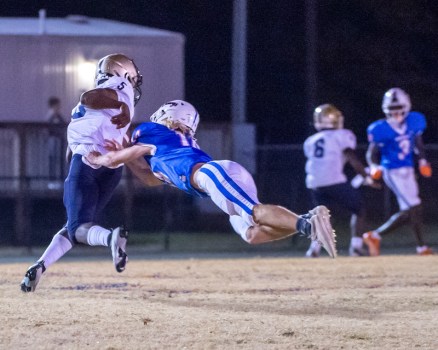 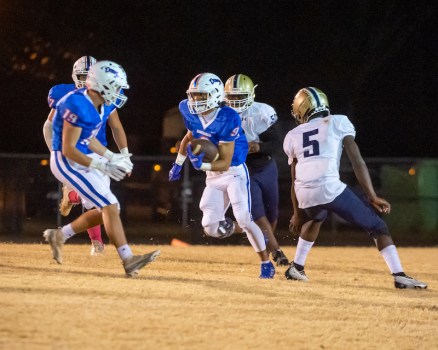 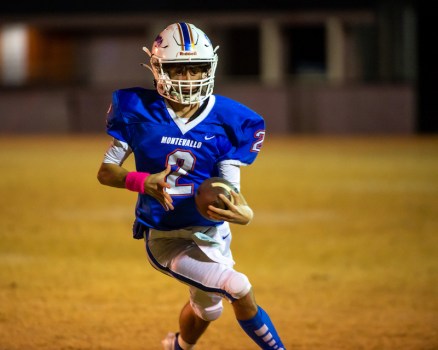 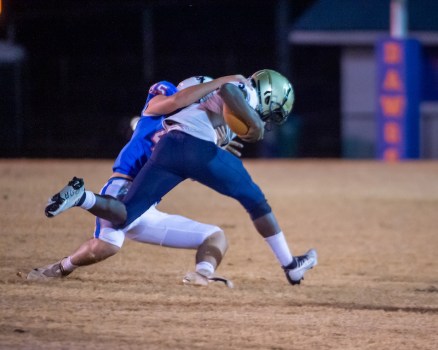 MONTEVALLO — The Montevallo High School Bulldogs capped their season with a 21-14 win over the Tarrant Wildcats on Thursday night, Oct. 27.

Tarrant found themselves within 10 yards of mounting a comeback as the seconds ticked down in the fourth quarter, as John Scott went around the right side but slid to a stop short of the goal line.

On the Wildcats’ previous possession, Scott ran a 3-yard touchdown to make it a one-score game, heightening the drama in the final quarter of play.

Montevallo coach Blake Boren said the 2022-2023 seniors capped a great career Thursday night, despite the season coming to an end.

“The average Montevallo team historically over 93 years of football has won about 46 percent of its games, and this senior class has averaged a little over six wins a year and went to the playoffs three years,” Boren said. “Just a really great class, and I’m happy for them to be able to go out in a positive manner.”

Boren said the game was unusual, and a short one at that with fewer plays on both sides of the ball, but he gave props to his players for their upbeat mentality and energy throughout the game.

“I thought our kids came out and played hard and they competed. We didn’t have a letdown at practice, we didn’t really have a letdown tonight. We played with great energy most of the night,” he said.

Montevallo was first to score as Braxton King connected with Jaydien Rutledge for a 13-yard touchdown in the first quarter.

The Bulldogs made their way to the Tarrant 3-yard line in the second, but this time they struggled to find the end zone and missed a field goal attempt, and the score remained 7-0 at halftime.

Tarrant faked a field goal to complete a 16-yard pass in the third, setting up a 5-yard touchdown run by Scott with 9:08 on the clock. The Wildcats would miss the two-point conversion attempt, resulting in a 7-6 score.

With 1:32 left in the third, Montevallo’s King ran around the right side and scored on a 10-yard keeper to secure the Bulldogs’ lead, making it 14-6.

The duo of King and Rutledge would strike again with 9:01 in the fourth quarter, this time on a 25-yard passing play to make it 21-6 following the Benjamin Locks PAT.

Tarrant answered on Scott’s 3-yard touchdown run, which was capped by a two-point conversion attempt—this time successful—bringing the Wildcats to within a touchdown of tying the game with just 3:47 left to play.

But for Tarrant it would be too little, too late as Montevallo came away with the win.

Defensively for Montevallo, Charlie Adams and Elfreeman Morton each made 10 tackles. Also, Locks went three for three on PAT attempts.