Runners qualify for state competition after 7A, Section 3 5000-meter race 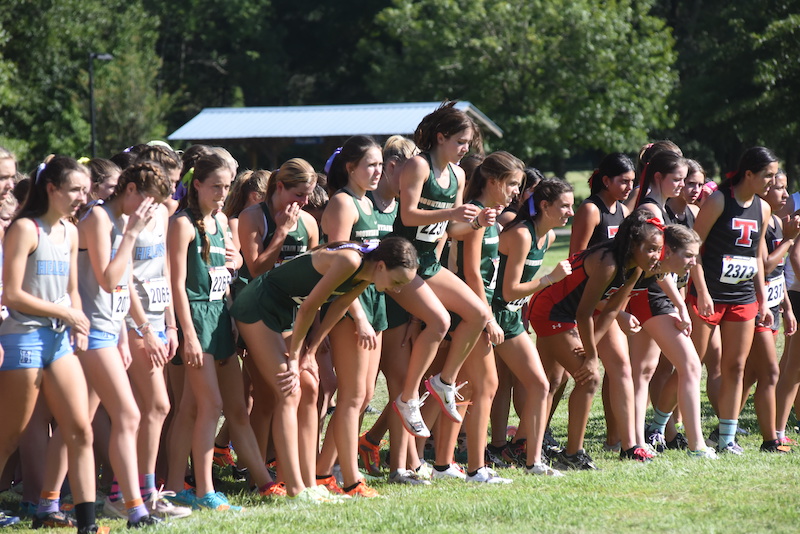 HOOVER – Chelsea, Oak Mountain, Spain Park and Thompson traveled to Veterans Park to compete in the 7A, Section 3 champion on Thursday, Oct. 27. Each team placed out of the seven teams that participated in the event, however, only a few will advance to the next level.

Chelsea’s girls team placed first in the 5000-meter run with four runners placing in the top five in the event and qualifying for the state competition in November. Cady McPhail placed first out of the 68 runners who participated in the event. McPhail timed at 19:22.15.

Mia Dunavant finished in third place with a time of 19:34:64. Ty Cason and Tyndal Ann Griffith followed McPhail and Dunavant in fourth and fifth place. Cason timed at 19:38.35 and Griffith finished at 20:06.61.

Oak Mountain’s girls team qualified for the state competition after finishing the event in fourth place on Thursday. Junior Lauren Cole finished in the top 10 for the Eagles at Veterans Park. Cole finished in 10th place timing at 20:41:52.

Spain Park’s girls team placed sixth for the Jaguars in the regional competition. Junior Delaney Vickers placed within the top 10 finishing in ninth with a time of 20:34:66.

Along with Vickers, Gianna Thorton, Chloe Finocchiaro and Sarah Kate Phillips all qualified for the state competition individual for the Jaguars.

Thompson finished in seventh place in the girls 5000-meter race. Dia Montiel-Duenas finished within the top 50 for the Warriors with a time of 22:41.31.

Spain Park’s boys team will advance to the next level after placing second out of the seven teams that participated in the boys 5000-meter run at Veterans Park. Kenneth Bishop and Webb Harper place within the top 10 for the Jaguars. Bishop came in sixth with a time of 16:54.96, and Web placed seventh out of the 70 runners who participated. Webb timed at 16:57:85.

Chelsea’s boy team finished in sixth at Veterans Park on Thursday. Parker Campbell and Hudson Williams both finished in the top 15 for the Hornets and will advance to the state competition in November. Campell finished in 4th with a time of 16:43:52 and William placed 12th overall timing at 17:11.18.

Thompson’s boys team had two runners qualify for states individually after the Warriors placed seventh in the run. Matthew Hamlin and Cameron Prosser will represent the Warriors in the state competition next month. Hamlin placed 23rd and Prosser finished 36th.

The state competition will be held on Saturday, Nov. 5, in Oakville.