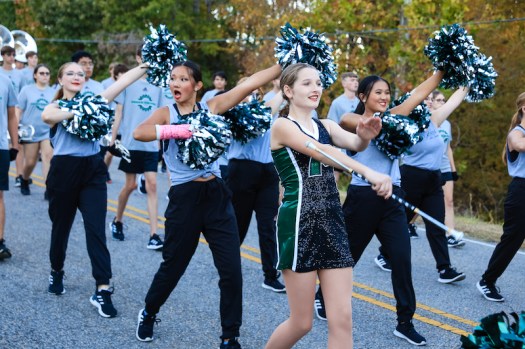 Pelham City Schools held many events to celebrate homecoming week including a pep rally and its annual homecoming parade. (For the Reporter/Dawn Harrison) 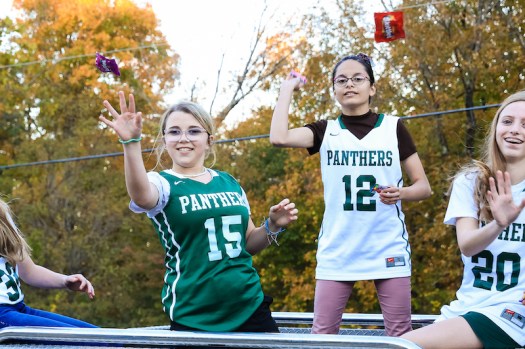 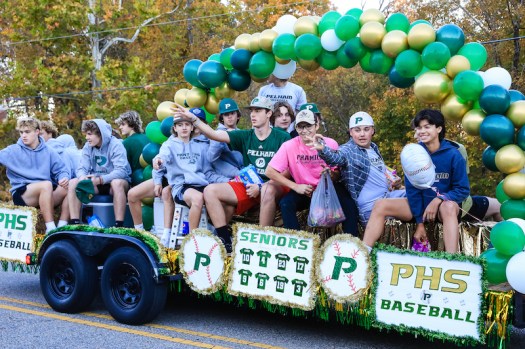 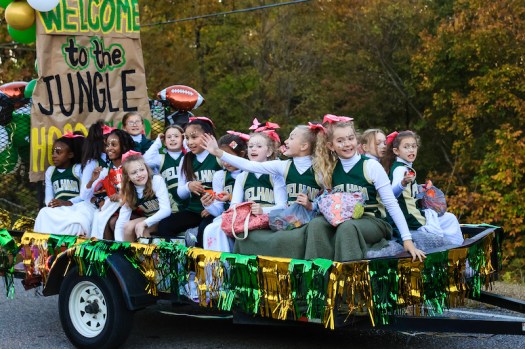 PELHAM – The sun set on Pelham as excited students walked in the annual homecoming parade and threw candy out to those in attendance.

“The crowd seems to grow every year,” Communications Manager Nicole Knight said. “It was fantastic seeing so many families enjoying the parade all along Bearden Road.”

Knight said the crowd was energized and elated to be experiencing the homecoming parade.

“From the moment all the floats started lining up at Pelham High School, everyone was full of energy,” Knight said. “The atmosphere was really lively and lighthearted. Then, when the parade started, everyone along the parade route matched that same level of enthusiasm.”

According to Knight, it is always a pleasure to see school spirit exhibited during homecoming week.

“It’s a fun event that people look forward to year after year,” Knight said. “There’s nothing better than seeing everyone decked out in Pelham colors and coming together to celebrate our community.”

More information on homecoming events and all other activities put on by Pelham City Schools can be found at Pelhamcityschools.org.