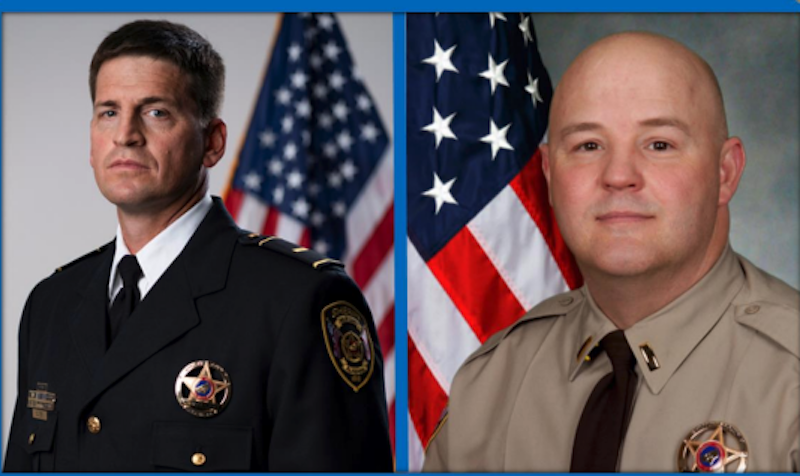 “Lt. McGee brings a wealth of experience to the Task Force to include previous service as a narcotics investigator and narcotics supervisor,” read a press release from the Shelby County Office. “Lt. McGee has served at the Shelby County Sheriff’s for 23 years, during which time he has served as a patrol deputy, a criminal investigator, the agency’s training coordinator, a member of the Tactical Response Unit, a Patrol Watch Commander, and most recently the Assistant Division Commander of the Sheriff’s Patrol Division.”

Lt. McGee holds a master’s degree in Justice Administration and is a graduate of the 120th Administrative Officer’s Course at the Southern Police Institute.

“Lt. Stan Oliver’s service has been well recognized by the Drug Enforcement Administration and the US Attorney’s Office,” read the official press release. “Under his command, the Drug Task Force has apprehended and sought prosecution on a multitude of national drug traffickers and organized crime rings. Lt. Oliver most notably devoted a great deal of effort in focusing operations to combat human trafficking in Shelby County and the Birmingham metro area.”

“Lt. Oliver has served honorably, and I am proud of the work his team has accomplished,” Major Clay Hammac, who was a former Drug TF Commander said. “Sheriff Samaniego has made an excellent choice in appointing Lt. McGee as the new TF Commander and I know he will continue the reputation our Drug Task Force has of aggressively and tirelessly pursuing drug trafficker and dealers.”

More information about the Drug Enforcement Task can be found at Shelbyal.com.