Sports Column: Has it only been 50 years? 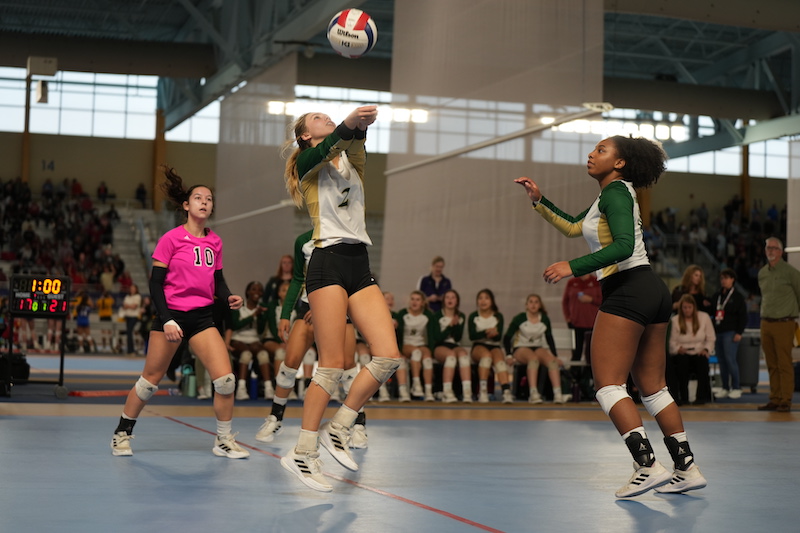 Shelby County female student-athletes showcase the incredible talent that they have to offer the community. (File)

It is hard to believe that there are less than two full months of 2022 left. This year marked the 50th anniversary of Title IX, the civil rights law that has protected countless women across the country. In 1972, Richard Nixon signed into law the Education Amendment that prohibits sex-based discrimination at any school or educational institution that receives federal funding. This may be a strange question to ask, but how has it been only 50 years?

According to data collected between 2021-22 by the National Federation of State High School Associations, 3.2 million girls played high school sports. Currently, 43 percent of current high school athletes are made up of girls. Just a few years prior to the signing of Title IX, only 7.4 percent of student-athletes were girls in the early 1970s. If there is anything that I have learned from covering sports in Shelby County is that these young women are making incredible strides for female athletes everywhere.

Pelham’s volleyball team has returned to the Elite Eight and state competition for the first time since 2019 this season, however, this isn’t the first appearance the Panthers have had within the past decade. Pelham, like many of the volleyball teams in the Shelby County community, has returned to state competitions multiple times within the past 10 years. These incredible student-athletes worked so hard that they managed to end their season in the Final Four. It was a special end for a special team. As much as football is such a major part of the fall season, and there are so many incredible teams here, these female student-athletes show up like all the others and put forth their best efforts.

There is no shortage of amazing coaches in the community. Their careers have expanded and gone beyond the lines of Shelby County. Thompson volleyball head coach Judy Green has been with the Warriors for several seasons, but down in Tuscaloosa, she is known for her incredible career as the Crimson Tide’s head volleyball coach. Under her coaching, the University of Alabama’s team broke down barriers and grew the program to what it is today. Early this season, Green was one of the coaches honored by the Crimson Tide for the 50th-anniversary celebration of Title IX. Although Green mentioned in her interview that she carried the torch that was passed to her from previous coaches who paved the way for women in sports, it’s safe to say that many have followed in Green’s footsteps.

Cheerleaders might fill up the sidelines during football and basketball season, but they do have a season of their own. Most recently, Oak Mountain’s cheer squad traveled to Huntsville over the weekend of Oct. 21 to compete at the Space Center regional competition. Aside from cheering on the Eagles and being the foundation of school spirit, these women prepared to compete in the competition. These girls gave a routine with zero deductions, received the highest score Oak Mountain has ever gotten in the competition and qualified for the state competition in February of 2023. There is no such thing as an off-season for student-athletes anymore and they still managed to crush it.

I only ask how it has only been 50 years because it doesn’t feel like it has been that long. However, these incredible women-who serve not just the Shelby County community, but play all over the world show how much women have been able to accomplish in such a short period of time. It is needless to say I look forward to what the following seasons have to come.