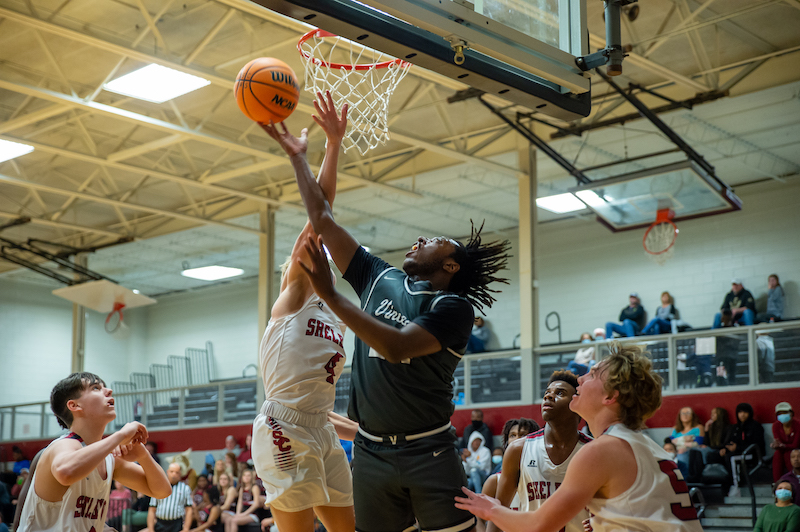 Vincent’s basketball team will have an experienced team returning for the 2022-2023 season with the expectation of getting an area championship back. (File)

VINCENT – The Vincent Yellow Jackets made it to the sub-regional round of the playoffs for the 16th year in a row last year, but this year’s group of players and head coach John Hadder still walked away wanting more.

Finishing as runner-up in the area, the Jackets were forced to hit the road in the sub-regional round each of the last two years, ultimately falling short of the Sweet 16.

Heading into a new year, the Yellow Jackets return one of their most experienced teams in several years determined to get the team back to a regional tournament.

And heading into the 2022-2023 season, the Jackets will return as much production as they have since making it to the Elite Eight three years ago.

Hadder said the group is excited about the opportunity ahead and it’s a group of players that deserves success.

“It’s one thing to have success, it’s another to deserve to have success,” Hadder said. “The last two years, these guys have come up just short in area championship in basketball, but they deserve success. They’ve worked to get to this point. These guys exemplify what we’re about.”

Blake Allums, TyQun Goodman, Tray Youngblood and Easton Fields are four of those players returning this year to the starting lineup.

Allums and Goodman both made the All-County Third Team last year and will be leaders in different facets of the game this year.

Allums led the Yellow Jackets in scoring last year with 14 points per game thanks largely to 63 3-pointers, while he averaged 3.5 rebounds and 1.4 assists per game as well.

Goodman added in 12.1 points per game and was a leader inside the paint with 7.2 rebounds per game.

Those two will play key roles, while Fields and Youngblood are both physical and athletic presences who can spread the floor as well.

“Last year, we struggled from a depth standpoint,” Hadder said. “We had several ninth graders on varsity last year who probably weren’t ready, but having gone through that, now they’re ready to make an impact and ready to make an impact. We felt like this summer, we could play 9-10 guys and not have too much of a drop off. We’re trying to play really fast. In order to do that, you better have enough depth to do it. This is the first year I’ve felt good about that from a depth standpoint the last couple of years and it starts with these seniors.”

With that, the players also have confidence in what they are capable of, and the expectation has become to win, something they have seen during a historic football season—a sport many in the starting lineup play a key role in.

Fields added that the goal is for this year’s group to be able to take them further than the last two years.

“The past goals have been area championships and Sweet 16s,” he said. “The goal is to get back to the Sweet 16 this year and we will be ready to make that happen.”

Goodman and Youngblood both said the strong bond and courage will be extremely important for them as they make the transition to the basketball court this season.

“We really feel like with these guys, it will be different this year,” Hadder said. “We’re in a five-time area with four private schools who don’t play football, so they may have better starts, but with our experience, these guys will be ready at the right time.”

Hadder also said the success this year’s football team is seeing is something that will carry into the basketball season.

“The success in our programs bleed over, especially in a school like ours where guys play multiple sports,” he said. “We’ve always had that mentality and standard in basketball. The past two years, we came up short in the area championship to face tough tests, but they are primed for success with the work they’ve put into.”

Hadder said if you need an example of the toughness of this year’s team and their ability to do what’s best for one another, Allums and Fields combined for 30 charges taken last year.

“If somebody slips up, we move on,” Allums said. “We know we’ve got each other’s back and move on to the next play.”